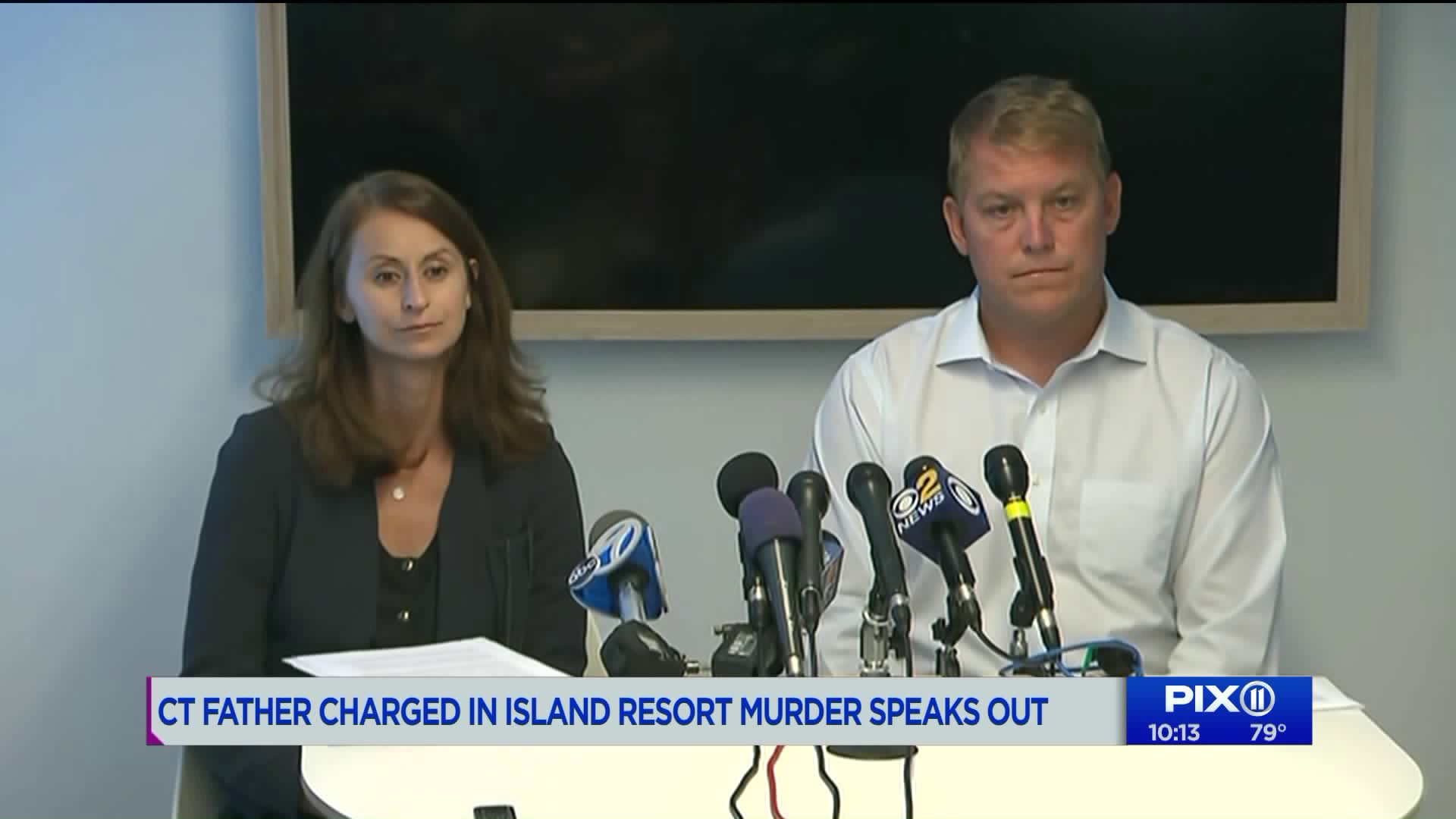 A father accused of manslaughter is speaking out.

A Connecticut man is speaking out for the first time after being charged with the murder of a hotel maintenance worker in Anguilla.

Gavin Scott Hapgood was on the island with his wife and their three children for a family vacation in April. He says on April 13th, Kenny Mitchell, arrived unannounced to fix a sink. There was an altercation between the two - in the end Mitchell was dead.

"Since that day, we've been living a nightmare," said Hapgood, an investment banker from Darien. "I'm hopeful that when the real story is presented to the people of Anguilla will understand how the tragic events unfolded."

He told police Mitchell tried to rob him at knife point and his actions were in self defense to protect him and his two daughters, who were in the room at the time. But many residents on the Island are angered he was released on bail and allowed to return to Connecuticut. Hapgood says he has complied with court appearances even while fearing for his safety.

"We were advised in the context of the security warning by the police authorities that the less time he spends in Anguilla the better," said Juliya Arbisman, Hapgood's defense attorney.

Mitchell died from choking related injuries and blunt force trauma. Hapgood's legal team says the Anguillan authorities withheld pertinent information on the case for two months, including a toxicology report that showed he had drugs and alcohol in his system that day.

Arbisman also says Mitchell was charged with rape in an unrelated case several weeks before the incident in Hapgood's hotel room. Mitchell's loved ones say he was a good man - and that there's more to this story. They've started a Facebook page for Mitchell called "Unity for Justice." Friends have also set up an online fundraiser for his family.

Meanwhile, authorities are still trying to unravel what happened inside that hotel room.

Hapgood says he will be exonerated. "We have a long road ahead of us but i look forward someday to getting back the life we once had," he said.

Hapgood has a schedule court date on August 22.