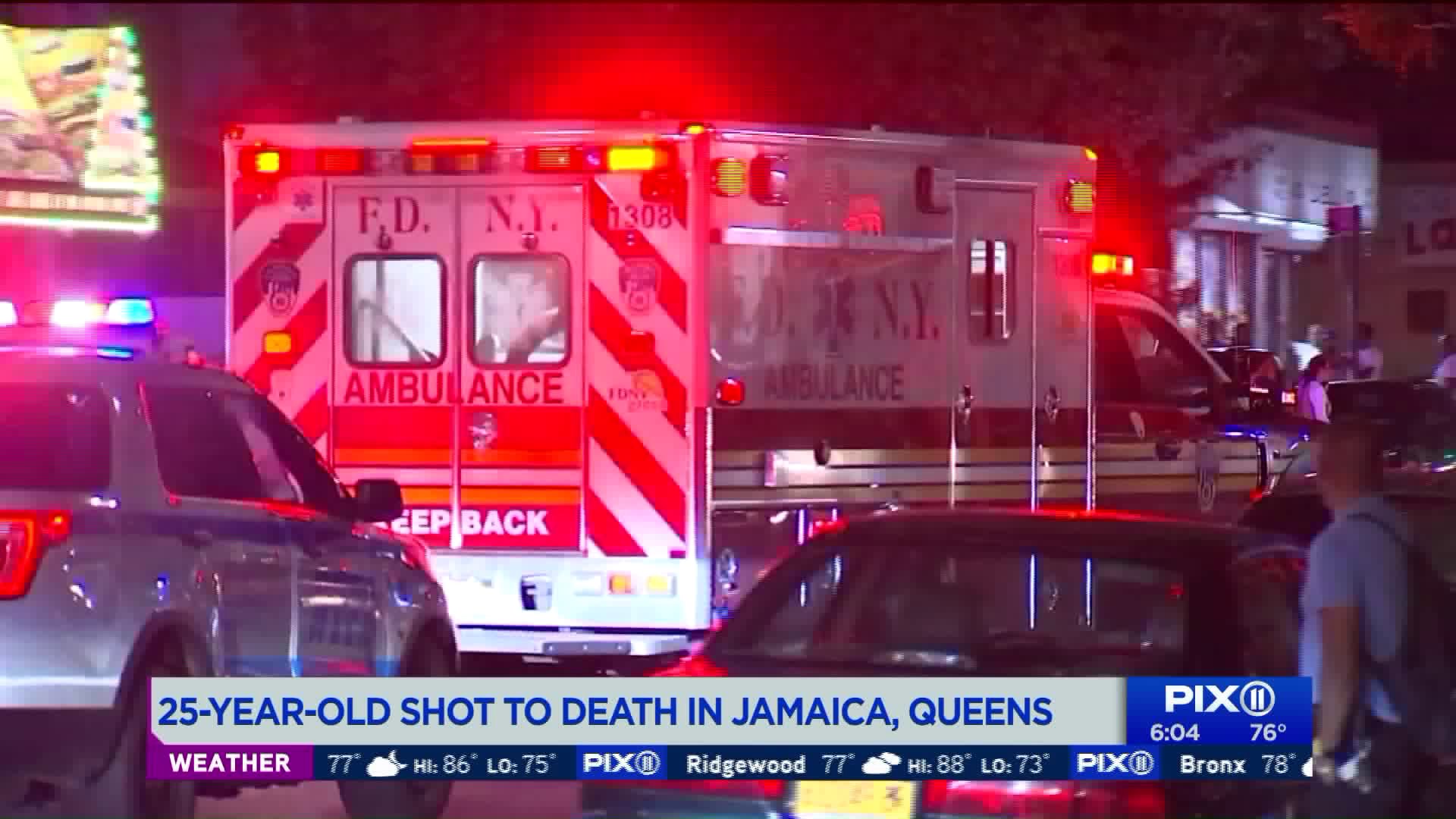 A man was fatally shot in front of his Jamaica, Queens, home on Tuesday night, officials said. Police found 25-year-old Gregory Haskins shot in the chest outside this home near Sutphin Boulevard and Shore Avenue just after 8 p.m., an FDNY spokesman said. There have been no arrests and it is not clear if Haskins was the intended target or not.

JAMAICA, Queens —A 25-year-old man was fatally shot in front of his Jamaica home on Tuesday night, officials said.

Officers responding to a 911 call found Gregory Haskins on the pavement with a gunshot wound to the chest, just outside his home near Sutphin Boulevard and Shore Avenue around 8 p.m., police said.

It's not yet clear why the victim was shot and police do not know if he was targeted.

He does have several prior arrests, most of them are for misdemeanors, but the man was arrested on a robbery charge at one point, police said.

Police have not released a description of the shooter. No arrests have been made.