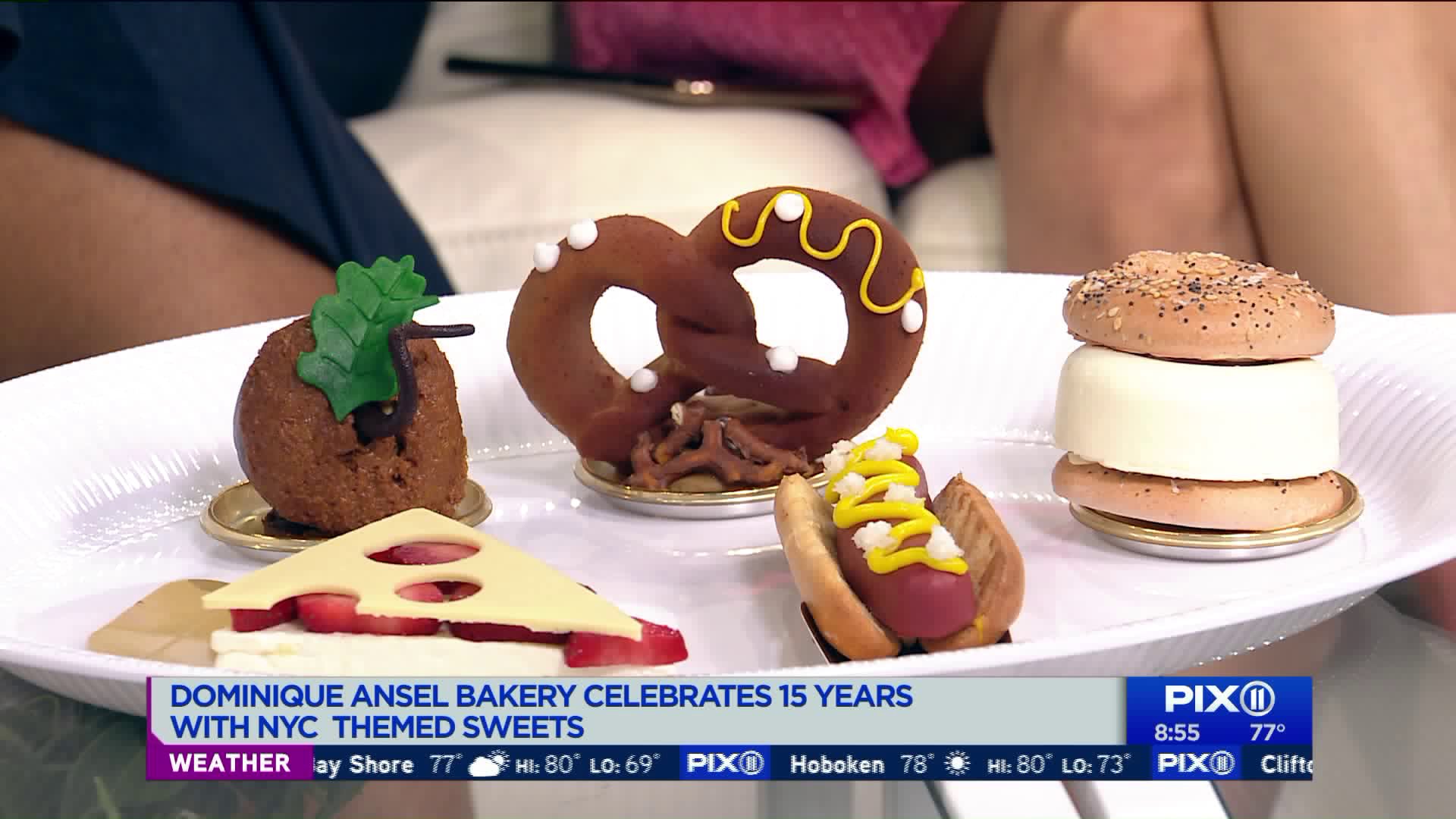 Dominique Ansel Bakery is marking its 15 years in New York City with a brand new collection of themed treats that resemble some of the Big Apple`s iconic items, from a "hot dog" to a "bagel" and a "slice of pizza."

NEW YORK — Dominique Ansel, who famously gifted us the "cronut," has a new line of sweets out now in his SoHo bakery, and they're all themed around New York City.

The pastries, which are made to look like NYC icons such as a hot dog, a bagel, a big pretzel, a coffee cup, and more, are just as beautiful as they are delicious.

All nine items are available at Dominque Ansel Bakery in SoHo, but move fast because they're only around through Labor Day, September 2.