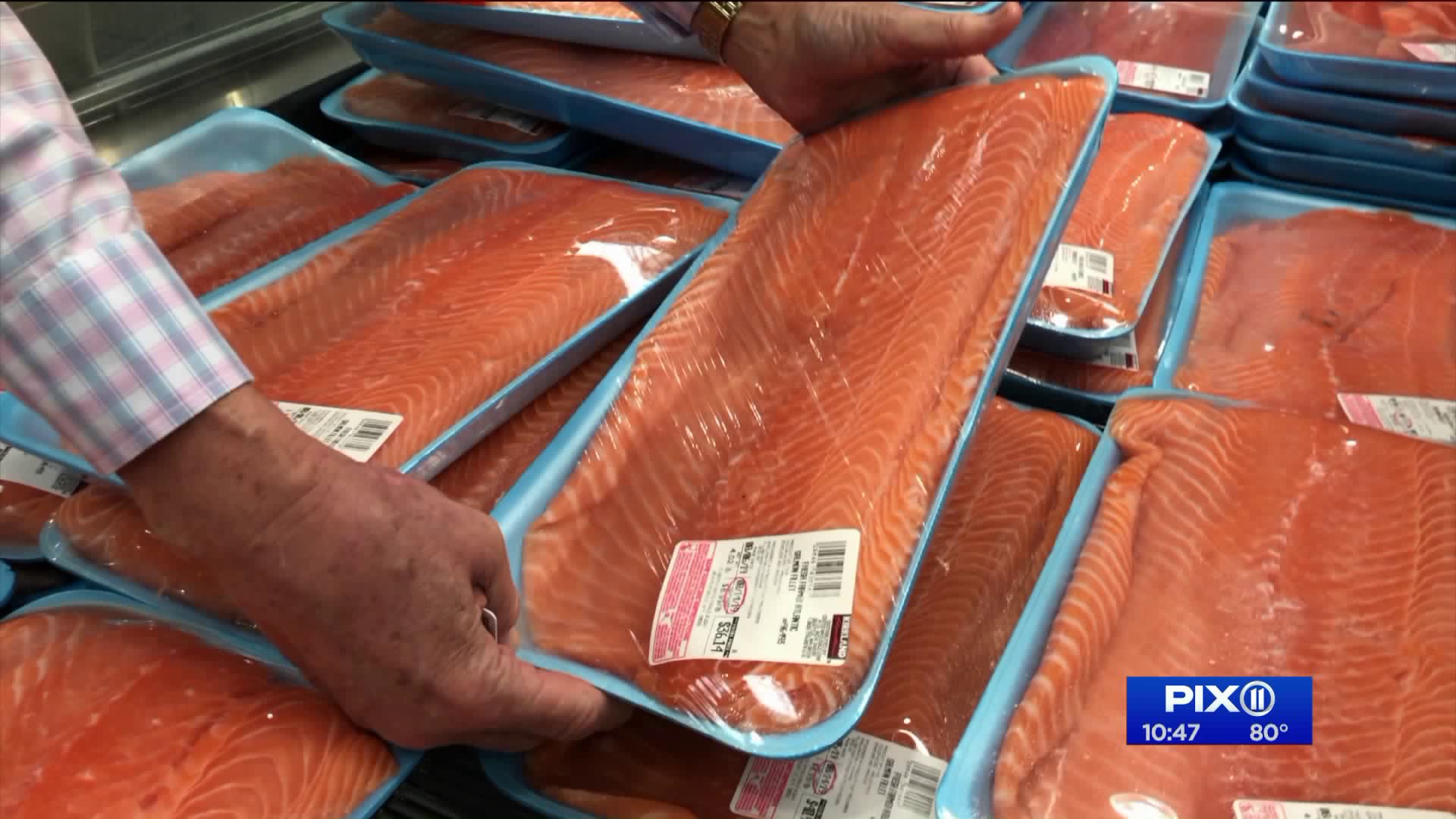 Jack Sanchez, a Manhattan hair stylist, was in the check-out line at Costco in New Rochelle recently. The woman in front of him was buying a package of Fresh Wild Sockeye Salmon. Jack spotted something moving on the fish, and upon closer inspection, discovered a live worm crawling on the fish.

NEW ROCHELLE, NY — Jack Sanchez, a Manhattan hair stylist, was in the check-out line at Costco in New Rochelle recently. The woman in front of him was buying a package of Fresh Wild Sockeye Salmon. Jack spotted something moving on the fish, and upon closer inspection, discovered a live worm crawling on the fish.

He pointed it out to the woman, who then asked to speak with the store manager.

Jack says the manager told them “It was pretty normal that salmon had a worm or parasite.”

Normal? Jack expected the manager to remove all the salmon from the refrigerator cases. That didn’t happen. The manager simply took the package of salmon away, but not before Jack shot cell phone video of the worm. He showed the pictures to PIX11.

We searched the internet and found entire pages of posts from Costco customers across the country complaining about finding worms in the salmon. Most included pictures of the parasites moving around on the raw fish. Two years ago, Japanese tapeworms were found on salmon at multiple Costco stores in San Diego.

We reached out to Costco’s corporate spokesman at the company’s headquarters in Seattle. We asked what type of quality control is used to deal with the potential of worms in the seafood it sells. We never received a reply. When we went to the New Rochelle Costco where Jack spotted the creepy crawler on the salmon, a different manager told us the store does not have a worm problem in its fish.

This is not just a Costco issue. According to Professor Don Schaffner at the Rutger’s Center for Advanced Food Technology, there are many types of worms and other parasites that can be present in both wild and farm-raised salmon. They do pose a potential health risk. Consuming raw or undercooked fish containing live parasites my cause cramping, nausea, diarrhea and weight loss. Less common are serious reactions, including intestinal blockage and inflammation of the bile ducts.

Professor Schaffner says, “In a really bad infection, you might die. A lot depends on how big a dose of parasites and also how healthy in your immune system."

Schaffner says consumers are taking a risk by eating salmon sushi, cold smoked salmon and salmon ceviche if they are made with raw, fresh fish. The good news is that you can reduce the health risk from parasites to almost zero by properly heating or freezing the fish. The coldest part of the fish has to be cooked to a temperature of at least 140 degrees Fahrenheit to kill the parasites. Schaffner advises using a thermometer at home and insisting the restaurant do the same when ordering salmon. As for freezing, fish needs to be frozen for at least seven days at a temperature of -4 degrees Fahrenheit to kill parasites, according to the FDA.

Schaffner says to ask if the sushi, cold smoked salmon or ceviche are made from frozen fish. If so, he says you can eat it with confidence.