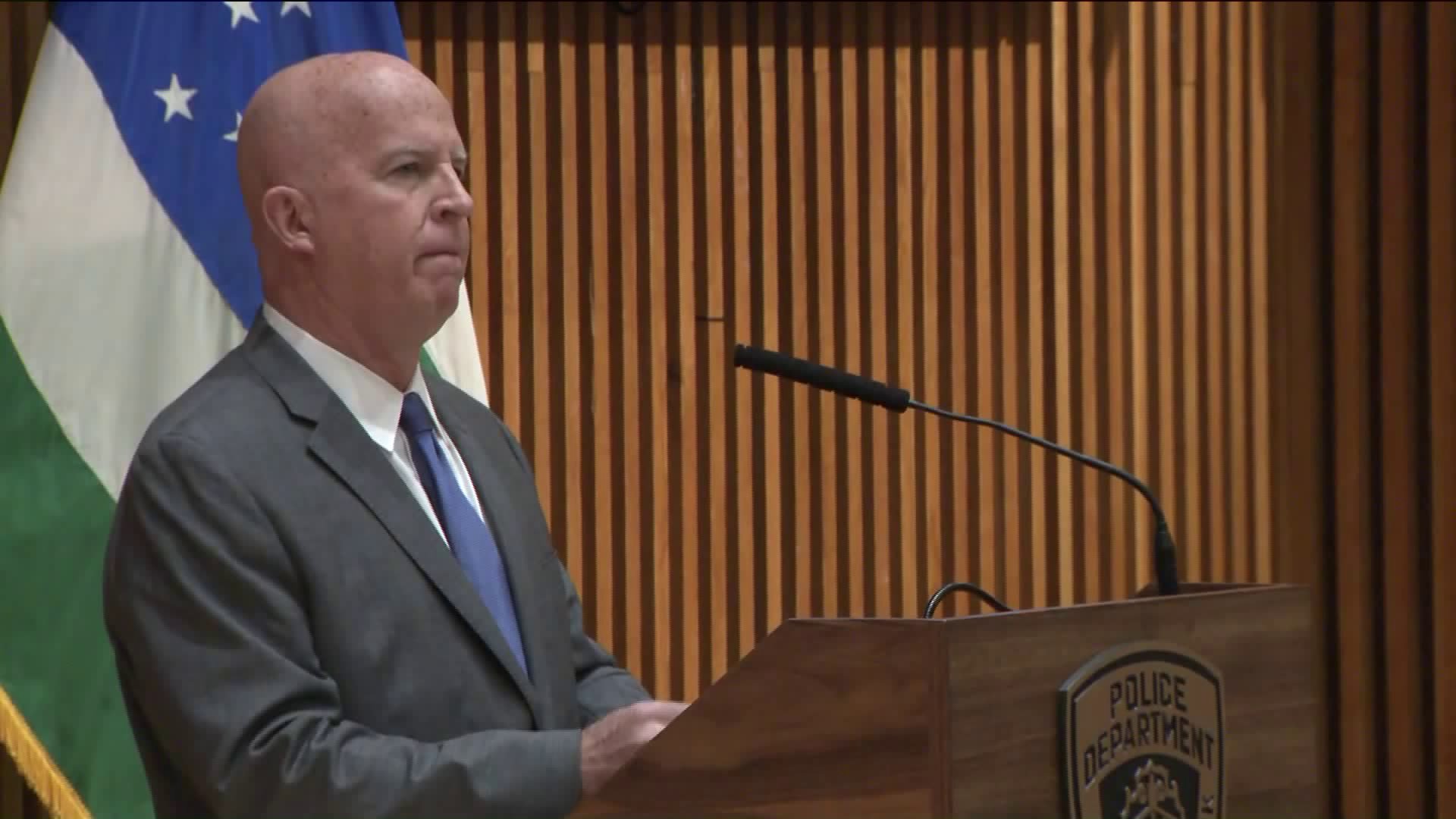 Daniel Pantaleo, the officer at the center of the Eric Garner case, has been fired from the police department, according to Police Commissioner James O`Neill. Wacth O`Neill`s full remarks. 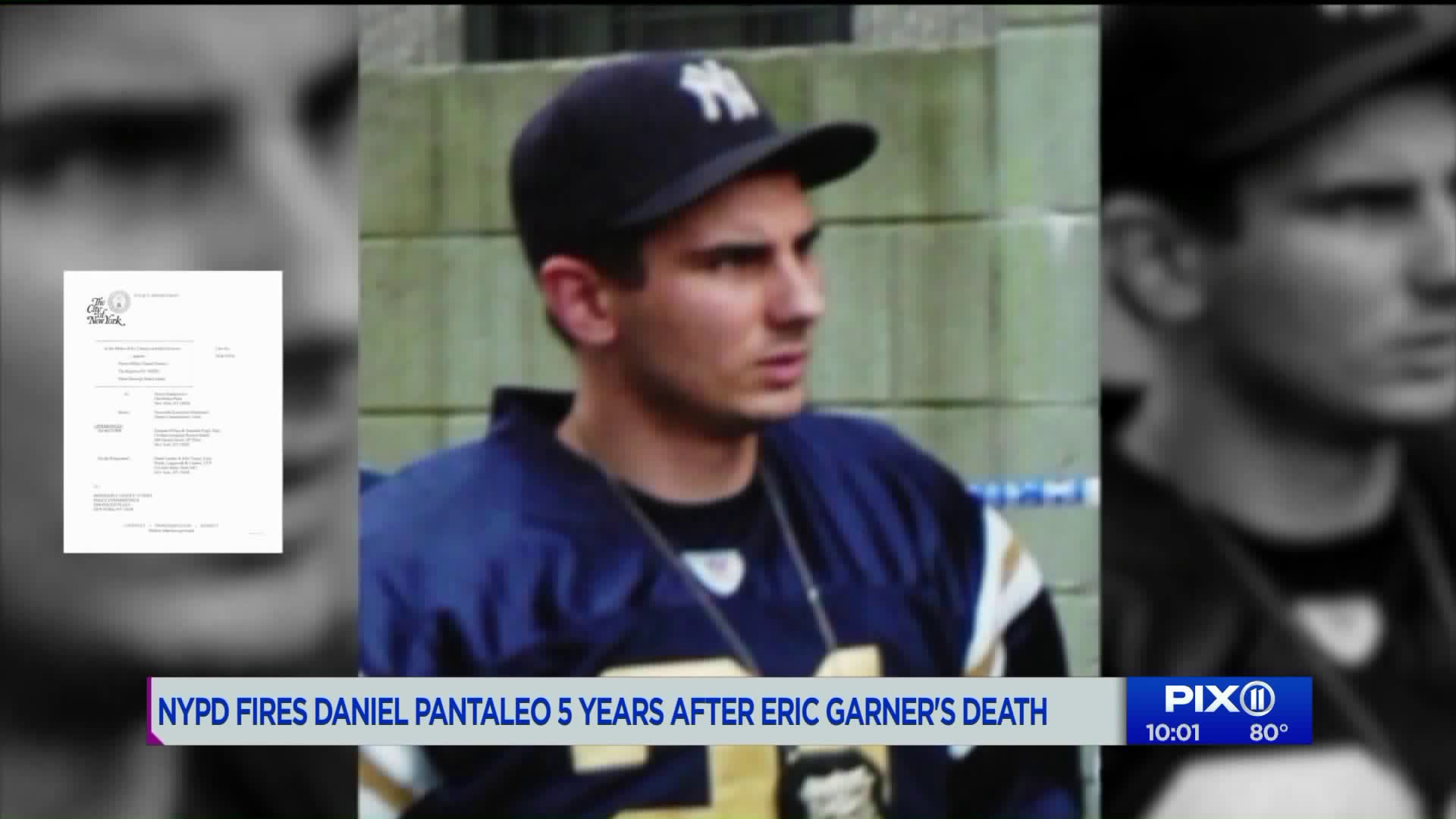 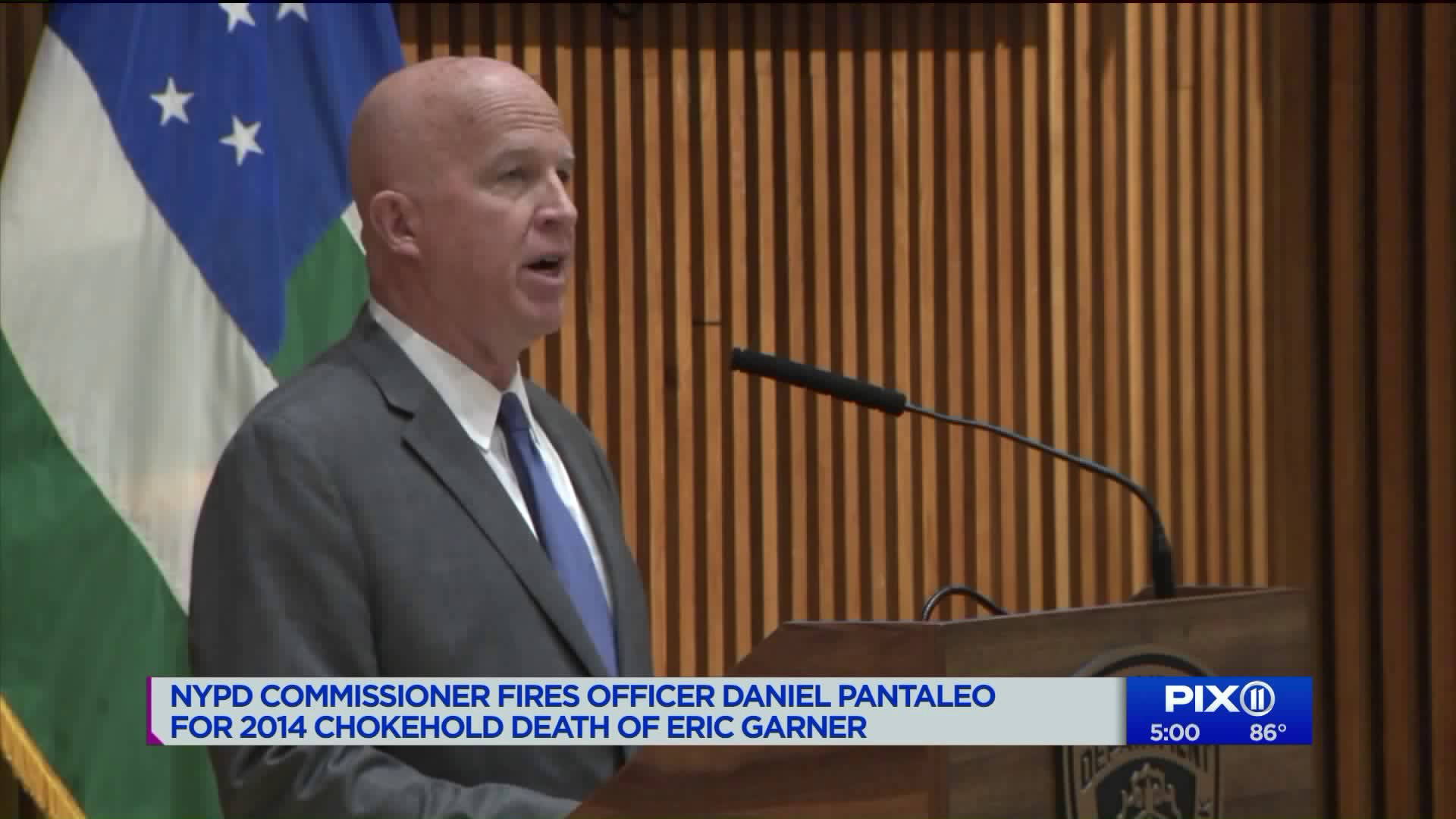 NEW YORK — Daniel Pantaleo, the officer at the center of the Eric Garner case, has been fired from the police department, according to Police Commissioner James O'Neill.

O’Neill made the decision to fire Pantaleo and announced the news Monday after a judge recommended Pantaleo be terminated from the force back on August 2. He was suspended after the recommendation was made.

"It was an extremely difficult decision...it's not something that I could make over a few hours," O'Neill said.

"I've been having to think about this since the day I was sworn in as police commissioner.

"Make no mistake about it, this is a tragedy for the Garner family – I fully understand that. Mr. Garner was somebody's son, somebody's dad. Everybody in the NYPD understands that."

Garner died on July 17, 2014, after police attempted to arrest the 43-year-old father of six, who was allegedly selling loose cigarettes illegally on Staten Island, a crime for which he previously he had been arrested.

Regarding his decision, O'Neill acknowledged how the rank-and-file of his department may feel.

"If I was still a cop, I'd probably be mad at me," he said, addressing potential negative reactions from fellow members of law enforcement.

"After five long years, Eric Garner’s family, the City of New York, and a nation that long has had watchful eyes upon this case finally have closure.

“Make no mistake: This process took entirely too long. And the tragic reality is that neither a verdict from a judge nor a decision by a police commissioner can reverse what happened on July 17, 2014. Officer Daniel Pantaleo’s termination from the New York City Police Department does not make the death of Eric Garner any less harrowing. But it is heartening to know that some element of justice has been served.

“Given the evidence the CCRB’s prosecutors presented at trial, the Police Commissioner had no option but to dismiss Pantaleo from the Department. While July 17 is and always will be a somber day for the City of New York, today we can rest assured that Daniel Pantaleo will never patrol our streets again.”

“Police Commissioner O’Neill has made his choice: he has chosen politics and his own self-interest over the police officers he claims to lead. He has chosen to cringe in fear of the anti-police extremists, rather than standing up for New Yorkers who want a functioning police department, with cops who are empowered to protect them and their families. With this decision, Commissioner O’Neill has opened the door for politicians to dictate the outcome of every single NYPD disciplinary proceeding, without any regard for the facts of the case or police officers’ due process rights. He will wake up tomorrow to discover that the cop-haters are still not satisfied, but it will be too late. The damage is already done. The NYPD will remain rudderless and frozen, and Commissioner O’Neill will never be able to bring it back. Now it is time for every police officer in this city to make their own choice. We are urging all New York City police officers to proceed with the utmost caution in this new reality, in which they may be deemed ‘reckless’ just for doing their job. We will uphold our oath, but we cannot and will not do so by needlessly jeopardizing our careers or personal safety.”

Pantaleo will not receive his pension. Any contributions he made over his 13 year career with the NYPD will be returned to him, according to O'Neill.

Lynch, along with Pantaleo's attorney, Stuart London, said the NYPD had firmly agreed to give Pantaleo a vested pension late last week. They say police did not follow through, and the deal collapsed.

London also said Pantaleo will file an Article 78 to appeal the decision to terminate him.

The crux of the case was whether Pantaleo used a chokehold, which is banned by the NYPD; the officer denies he used the move.

Shortly after the fatal encounter, Pantaleo was stripped of his gun and badge and put on modified duty.

The conversation surrounding Garner’s death entered the national spotlight, with “I can’t breathe” becoming a rallying cry for activists and protesters fighting against police brutality.

Earlier this summer, Attorney General William Barr declined to bring federal charges against the embattled officer. A grand jury chose not to indict Pantaleo back in December 2014.

Correction: An earlier version of this story stated Pantaleo would receive his pension. Instead, he contributions he'd made over his 13 years with the NYPD will be returned to him.