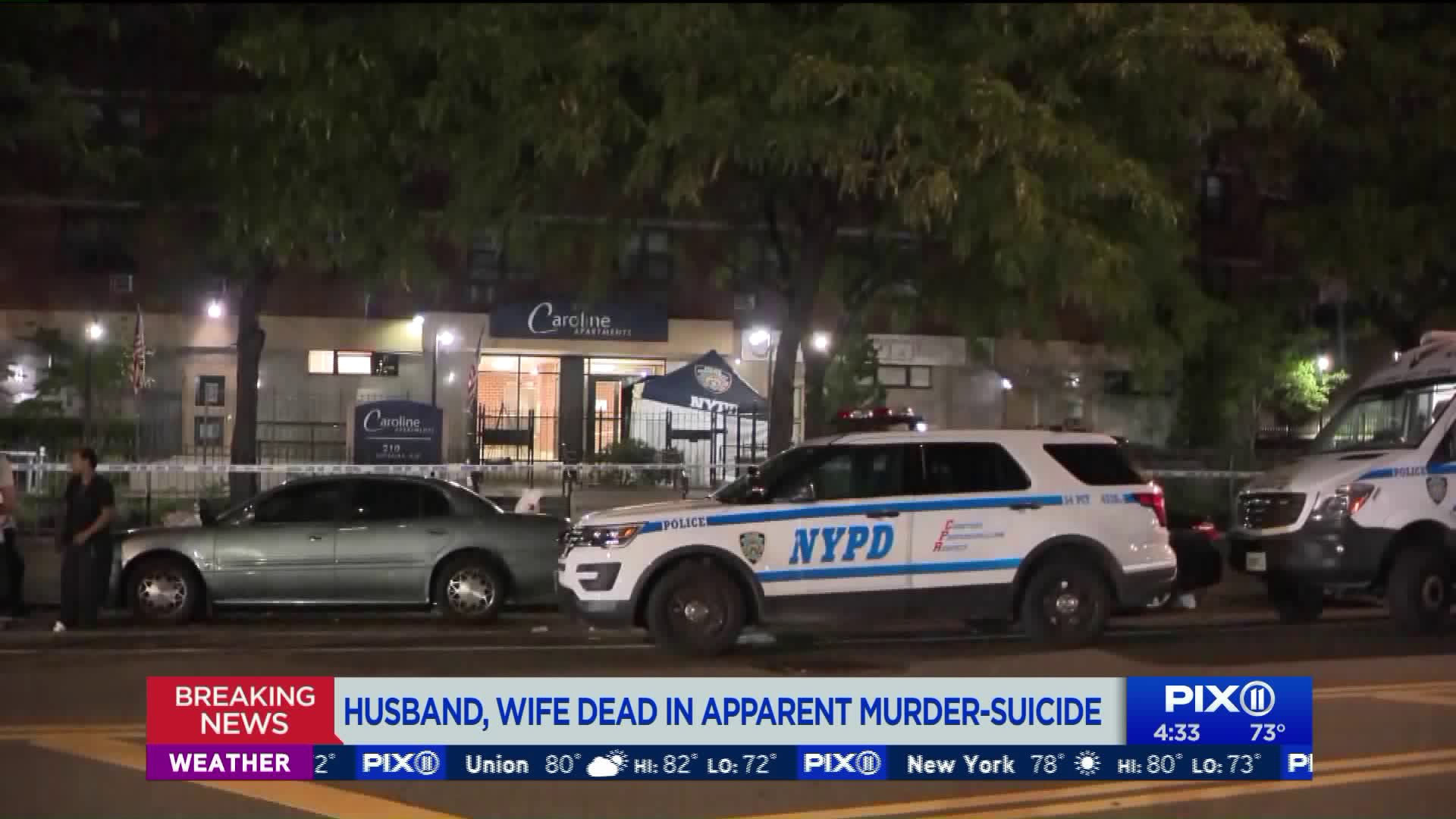 Police say they`re investigating after finding a husband and wife dead at their Inwood apartment late Sunday night. Around 10:15 p.m., police responded to a 911 call of a man potentially jumping or falling from a building on Sherman Avenue, near West 207th Street, authorities said. Upon arrival they found the man lying unconsicous on the pavement, with injuries indicating a fall or jump from a high height, police said. Inside the apartment he was believed to have fallen or jumped from, they found the man`s wife stabbed several times on the living room sofa, authorities said. Both the man and woman were pronounced dead on the scene by EMS, police said.

INWOOD — Police are investigating after finding a husband and wife dead at their Upper Manhattan apartment late Sunday night in an apparent murder-suicide.

Police responded to a 911 call around 10:18 p.m. of a man who might have jumped from a building on Sherman Avenue, near West 207th Street, the NYPD says.

When officers arrived they found 72-year-old Campo Elias Albuja-Montalvo lying on the pavement outside his building, unconscious and unresponsive, police said. The man's injuries and the 911 call lead police to believe he possibly jumped from his sixth-floor apartment, authorities said.

Upon gaining access to the couple's apartment, police found 78-year-old Francia Walsh on her living room sofa with several stab wounds to the torso, authorities said.

The husband and wife were both pronounced dead at the scene by EMS, according to police.

A neighbor who knew the man and woman told PIX11 the couple has four daughters.

Authorities said a knife was recovered at the scene and the investigation remains ongoing Monday morning.