High heat and humidity make for a potentially dangerous start to the week, even after temps lower 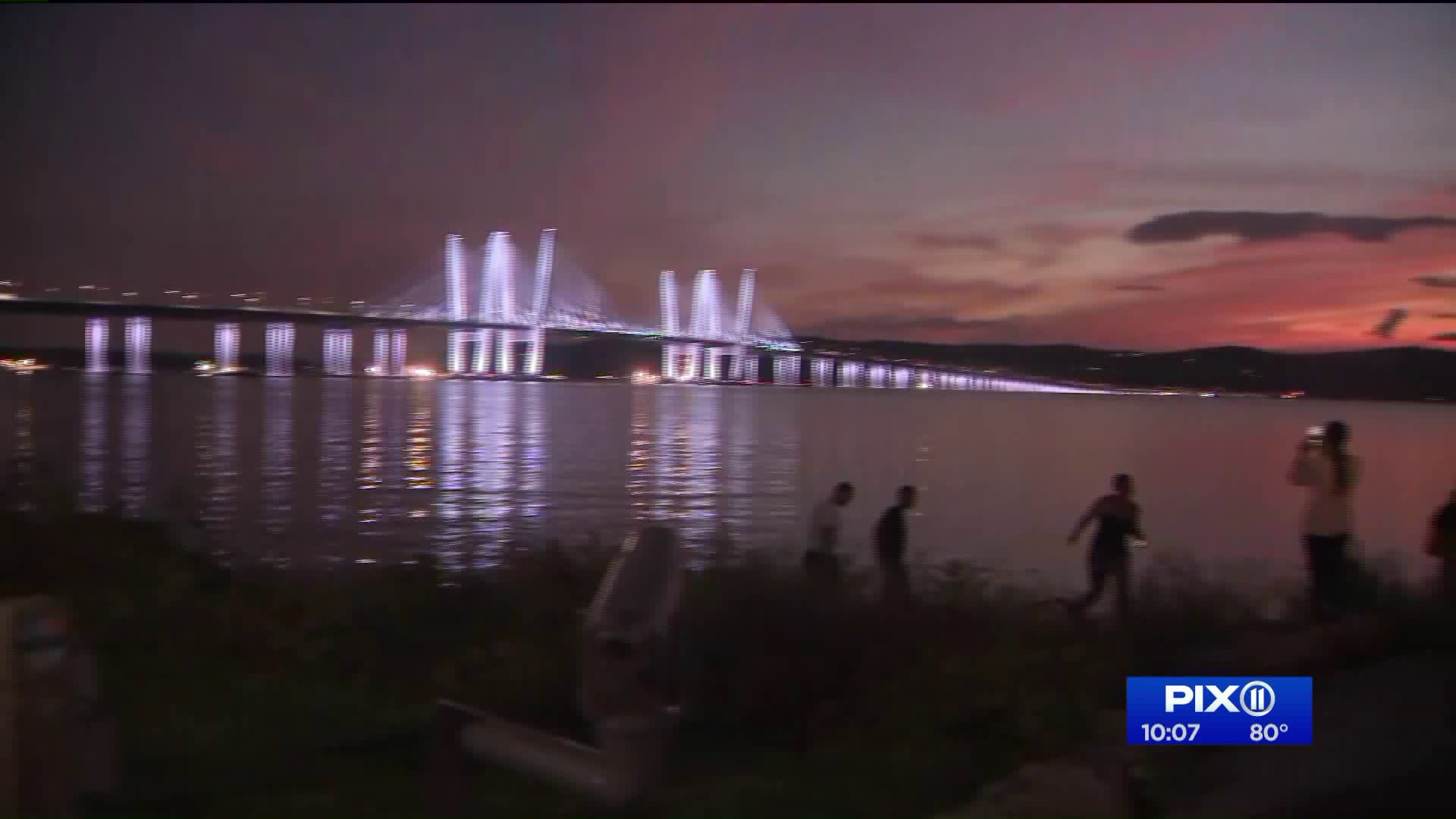 Summer isn`t over yet - more high temperatures are expectured. More thunderstorms are also in the forecast. 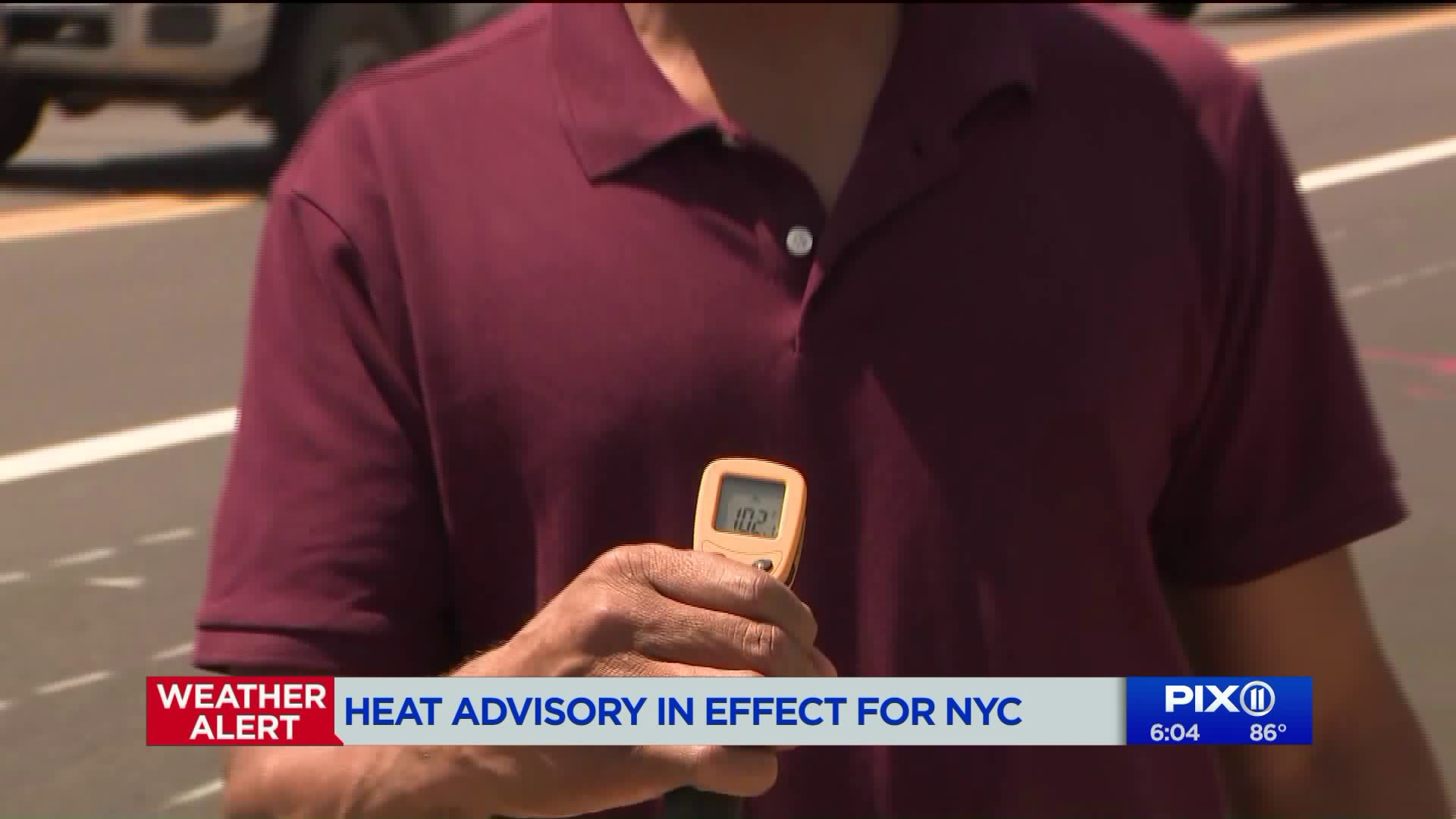 LONG ISLAND CITY, QUEENS -- It's late August in the city and the surrounding suburbs, which means that it can be hot.

However, even by mid- to late August standards in New York, Monday was particularly uncomfortable. The combination of high humidity and heat caused the National Weather Service to issue a heat advisory to warn the region's 20 million residents of the potential danger. Even as the temperatures lowered from a high near 90 degrees Fahrenheit, the health concern persists, until relief finally emerges at the week's end.

Meanwhile, New Yorkers like Daniel Sotomayor, of Hamilton Heights, uptown in Manhattan, have to take care. He was soaking a cloth in the cold spray of a capped fire hydrant when PIX11 News encountered him.

"I'm designated heat sensitive," Sotomayor said. "I was born a diabetic." In Monday's heat, he said, "walking down the block I could go into a diabetic coma."

Even for people less at risk, Monday was scorching.

Another passerby, Robert Sledzinski, was right to the point about how the weather felt in Long Island City Monday afternoon. "Muggy," he said. "I hate it."

The city skyline was shrouded in a haze, with the dew point in the 70s -- a high number on the scale that measures the amount of moisture in the air.

Even though August has been cooler than usual, overall, Monday, as well as the rest of the month, the season, and the year, have had one other aspect to them that contributed to Monday warranting a heat advisory into the late evening, as the city's foremost weather historian pointed out.

"The Northeast has been very wet," said Rob Frydlewicz, curator of the New York City Weather Archive https://thestarryeye.typepad.com/weather/ . "Whereas other parts of the country have even been very dry," he continued. But our region, he said, for the "last four or five years, very wet."

As a result, when the temperature pushes toward 90, or above, as it did on Monday, it feels that much hotter. The so called real feel temperature in parts of our region was about 105 degrees. It's a condition that was potentially hazardous all day.

That hazard continued, the weather historian pointed out, because of the region's moist conditions.

"The evenings will stay warmer than usual," Frydlewicz told PIX11 News. It was a warning for people who are vulnerable to intense heat, such as the elderly, small children, and people with illnesses.

They're susceptible to the fact that conditions don't necessarily improve when the temperature lowers.

"The heat doesn't really dissipate" in high dew point conditions like those the region is experiencing now, Frydlewicz said.

Still, as one New Yorker, who gave only her first name, Susan, pointed out, the hot, muggy conditions will not last forever.

"It's forecasted to be gorgeous this weekend," she said.

The PIX11 Weather Center has forecasted highs in the upper 70s for the weekend.