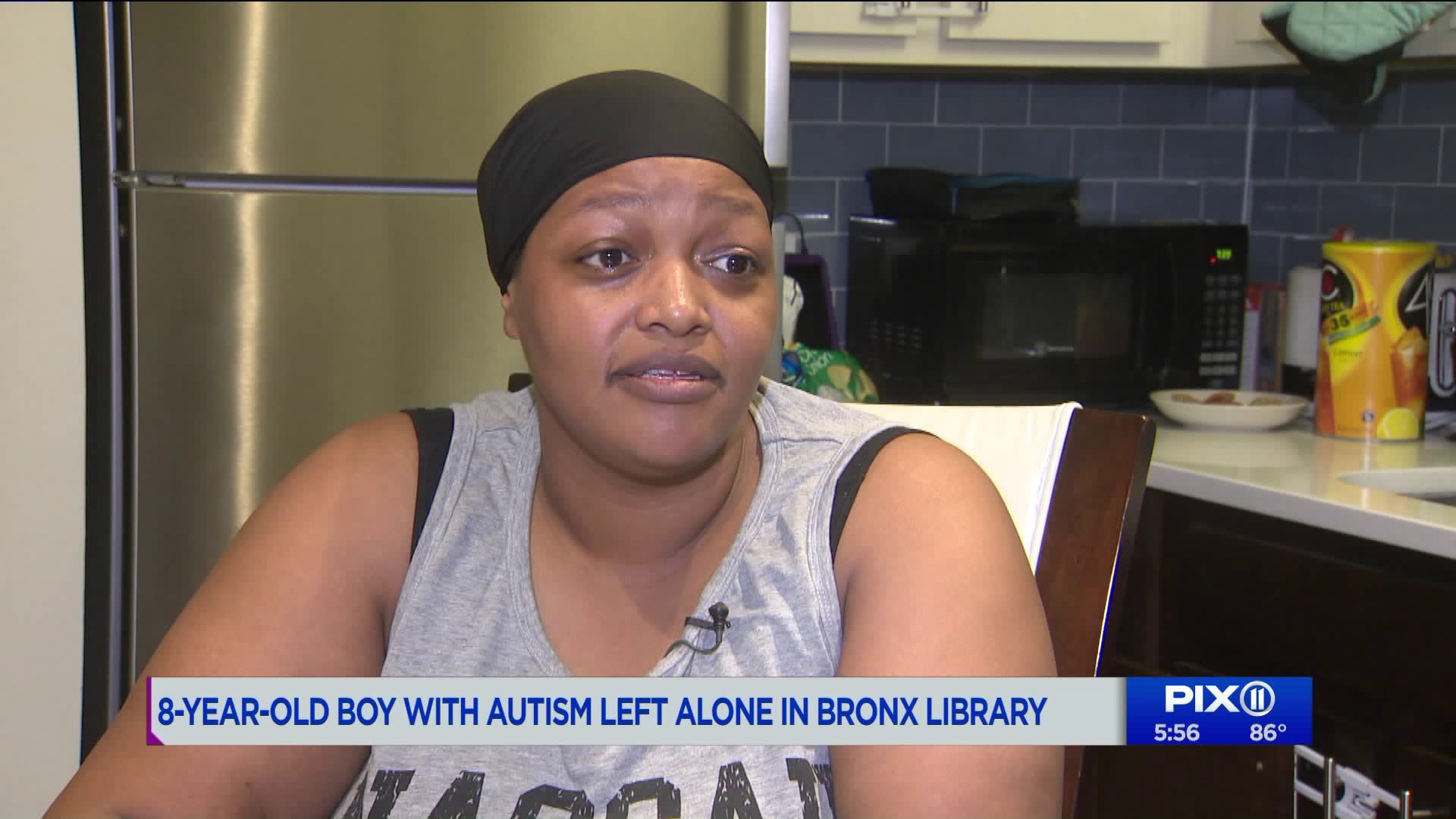 Surveillance video obtained by PIX11 shows an 8-year-old autistic child who is non-verbal being dropped off at the wrong bus stop and left alone for nearly an hour.

THE BRONX — Surveillance video obtained by PIX11 shows an 8-year-old autistic child who is non-verbal being dropped off at the wrong bus stop and left alone for nearly an hour.

Jaiden Benjamin was dropped off on July 2, as he was on his way home from a summer program at PS 188 in the Bronx.

The bus matron who was in charge of his care just left him alone and confused at the Mosholu public library in The Bronx. There was no one at the library to pick up Jaiden.

Jaiden had been dropped off there before but since April that had not been Jaiden's stop.

Surveillance video obtained by PIX11 shows the bus matron dropping off the child. You can see the library's security guard try to stop her but she just leaves. Jaiden is left playing by himself in the corner of the room with no way to communicate he's at the wrong stop.

"She went in, dropped him and left. That was it. I couldn't believe it," said Fatima El-Amin, Jaiden's mom. "Anything could've happened to him.

"You know it takes five seconds for somebody to walk out with him. He would've went. He can't talk. He can't say 'Hey, I'm Jaiden. Who are you?'"

Because her child is autistic and unable to communicate with strangers, Fatima has a GPS monitoring device called "AngelSense" which alerted her that Jaiden was at an unknown location and had been there for too long. She left work and arrived at the library.

"I'm thinking the bus is there. Waiting for me to come. So I get there... no bus"

In all, Jaiden was left alone in the library for nearly an hour.

El-Amin confronted the bus matron who works for Pride Bus Corporation, based out of Brooklyn.

"I asked her and she said it wasn't her fault"

The bus company, contracted by the city, said they're investigating the matter.

Ultimately, it was the school that had placed Jaiden in the wrong bus. They told El-Amin they accidentally used an outdated document with the wrong drop off location.

“Students deserve a safe ride to and from school, and this troubling incident was immediately reported and is currently under investigation," said the city's Department of Education in a statement. "Drivers and attendants will complete two trial runs of their routes before the first day of school to ensure they are prepared for the school year.”