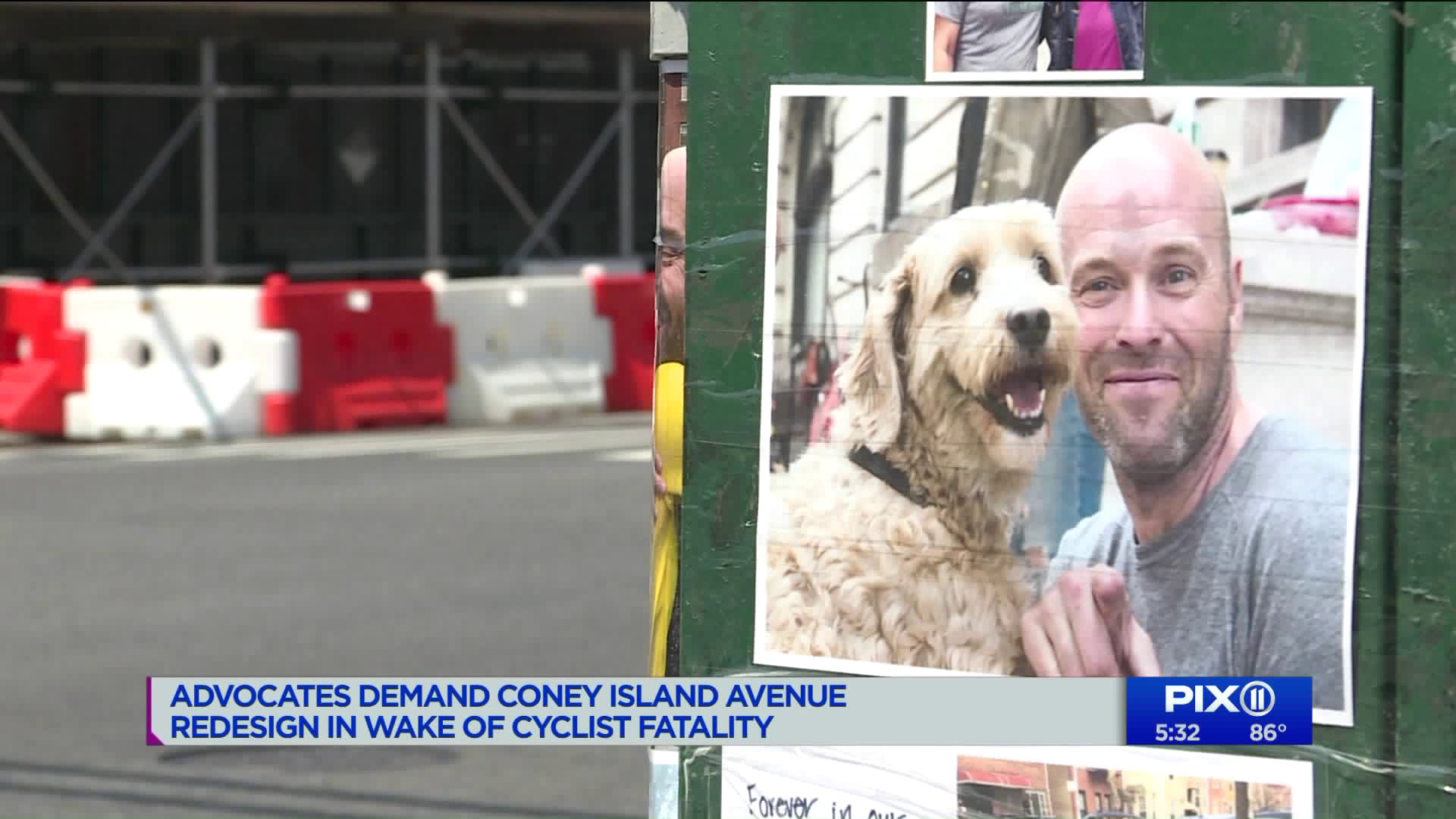 Nineteen cyclists have been fatally struck in the city so far this year.

MIDWOOD, Brooklyn — Those who knew Jose Alzorriz described him as someone who would give the shirt off his back to a stranger.

An avid cyclist, the 52-year-old man was killed in a chain reaction crash along Coney Island Avenue and Avenue L in Midwood while waiting at a red light on Aug. 11.

A week after the tragedy, a makeshift memorial sits at the site of what marked the 19th cyclist fatality in New York City this year.

It has also launched a call for more cyclist protections along Coney Island Avenue.

A change.org petition has collected more than 2,000 signatures from people calling on the city’s Department of Transportation to redesign Coney Island Avenue, a roadway which has been the site of 578 crashes in the past 12 months.

“Over here on Coney Island Avenue – to be safe on the bike you have to ride on the sidewalk,” one cyclist told PIX11.

Demands include adding a protected bike lane along the avenue and implementing automatic enforcement against speeding, illegal parking and right of way violations.

“It’s been neglected,” cyclist and Brooklyn resident Jonathan Blyer said. “A lot of other streets in more affluent areas have already received a bike lanes.”

Blyer who was a friend of Alzorriz, says the 2.7 mile strip of roadway is long overdue for a cyclist-friendly redesign.

In response to the wave of cyclist fatalities, officials have vowed to create 150 miles of protected bike lanes across the city over the next five years.

The issues around Coney Island Avenue are also now on the DOT’s radar.

A spokesperson told PIX11 in a statement — “We will immediately begin an additional corridor study on Coney Island Avenue to identify both short term and longer term improvements.”

“We plan [to] implement signal timing changes next month and advance nearby bike lanes already being studied, expediting installation for 2020.”

Meanwhile, advocates plan to demonstrate along Coney Island Avenue this coming Sunday to bring attention to the dangers cyclists deal with on a daily basis in hopes of bringing change to the roadway sooner than later.