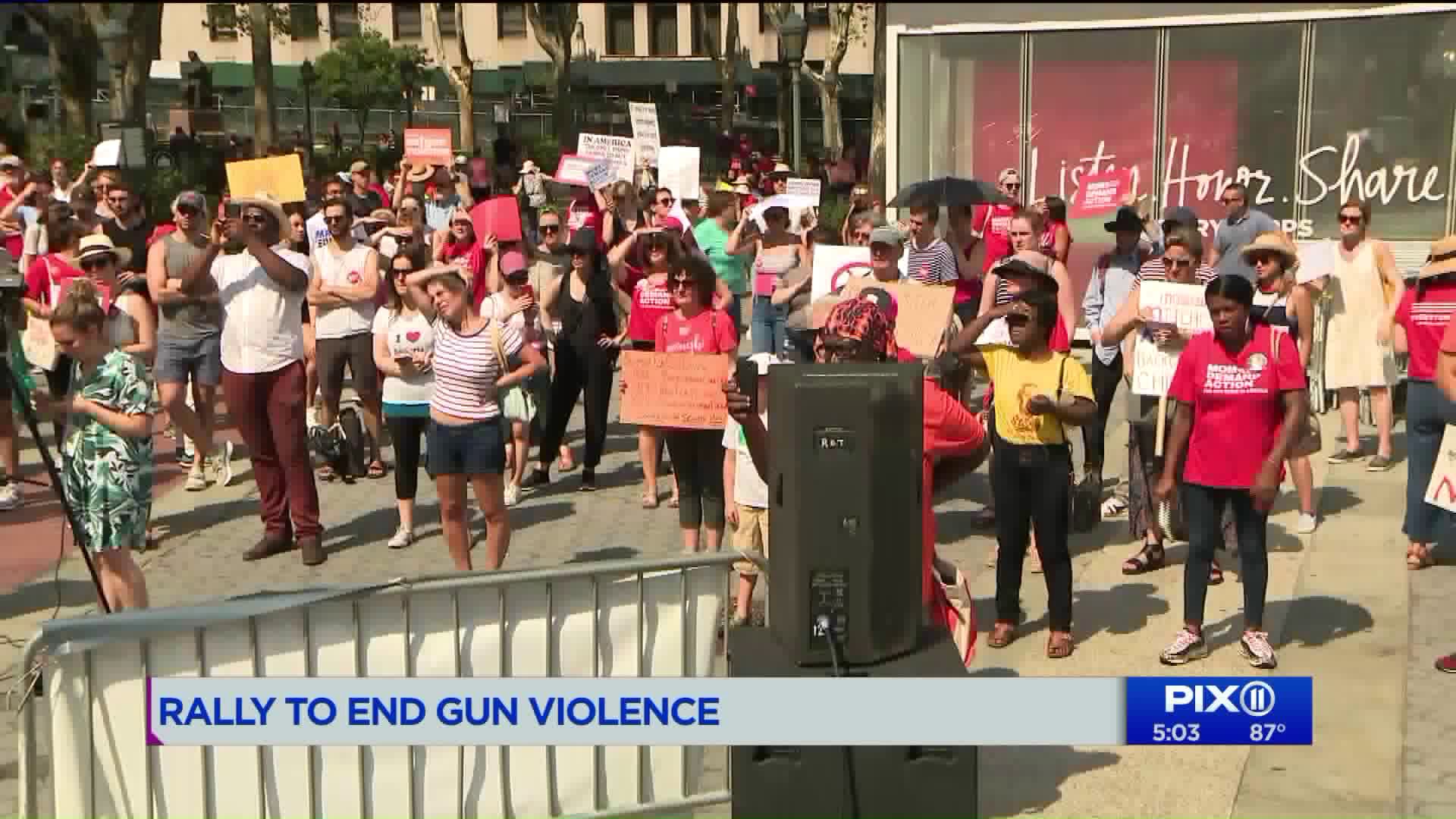 About 100 people rallied in Sunday to pressure Senate Leader Mitch McConnell in a call for congressional action on gun control. They want federal background checks and red flag laws. The rally comes in the wake of mass shootings in El Paso and Dayton.

Carolyn Dixon was with her 24-year-old son in 2014 when he was shot. He was gunned down over a parking space.

"Anytime I hear anything about gun violence, it takes me back to my son," Dixon said. "It hurts and my heart goes out to the families."

Congress is on summer recess, but McConnell has asked committee chairmen to review possible gun bills for consideration when lawmakers return in September.

Democrats on the House Judiciary Committee announced Friday that they will be returning early to consider other gun-violence legislation. The House has already approved legislation bolstering background checks for gun purchases.

The gunmen in El Paso and Dayton killed a total of 31 people in back-to-back weekend shootings in early August that stunned the nation and revived calls to tighten access to firearms. Those shootings came days after another gunman opened fire at a festival in Gilroy, California, killing three people.

PIX11's Cristian Benavides has more in the video above.