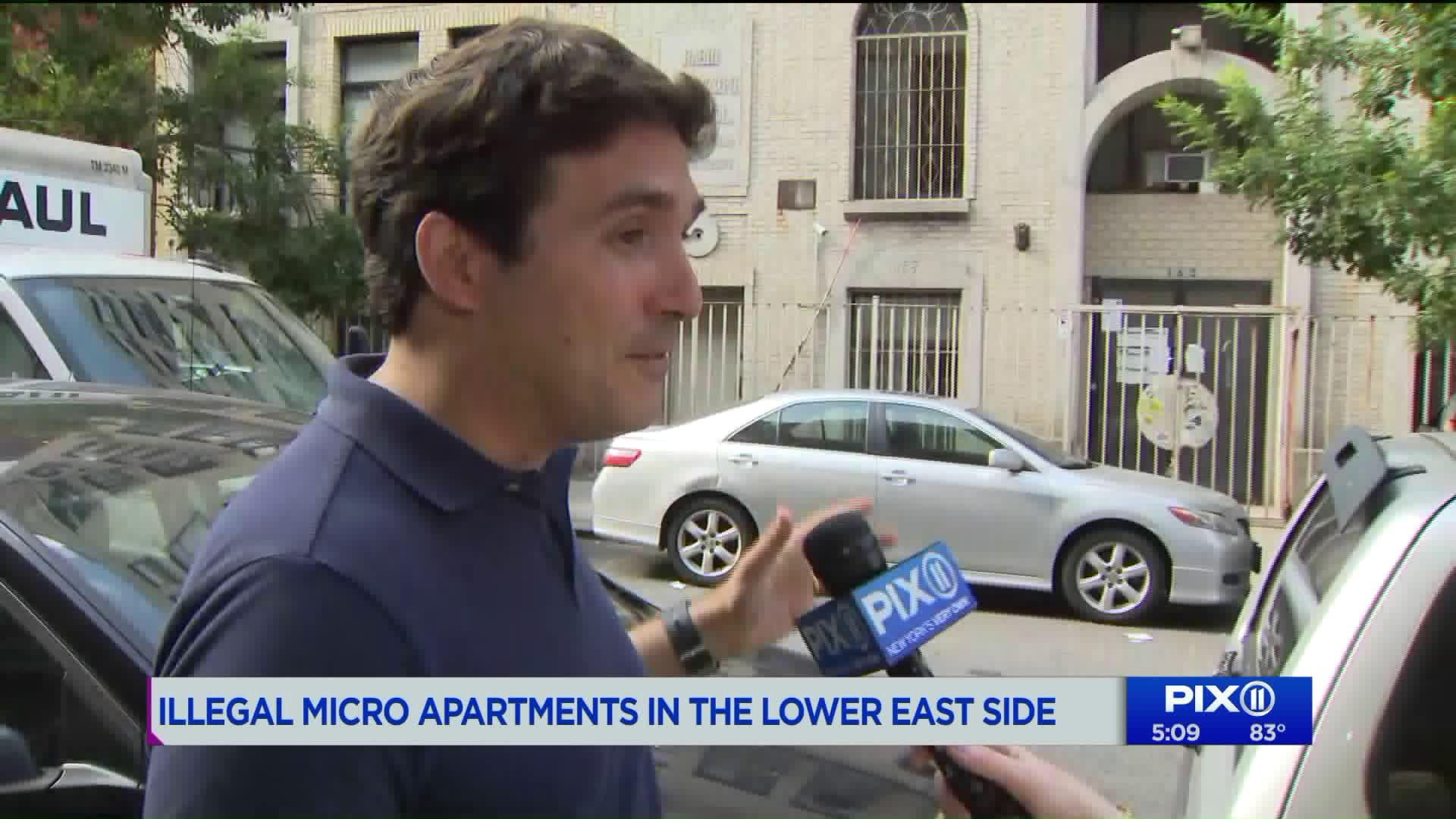 It was a 311 call that led city inspectors to this building at 165 Henry street on the Lower East Sideand their disturbing, even shocking discovery.

LOWER EAST SIDE, Manhattan — It was a 311 call that led city inspectors to this building at 165 Henry St. on the Lower East Side and their disturbing, even shocking, discovery.

The NYC Buildings Department says the owner of one apartment created a new floor between the fourth and fifth floors to rent out nine micro apartments, tiny spaces with ceilings in the apartments between four-and-a-half and six feet from the floor.

In one picture, you see an inspector on his knees almost touching the ceiling.

Tenants in these windowless, tiny, cramped, illegal apartments were being charged up to $600 a month.

“I’m concerned for the safety of the tenants, mostly an immigrant population, Ben Kallos, a NYC Council Member, told PIX11 News. “Part of me thinks this is like the movie 'Being John Malkovich,' back in the 1990s. Then there was this idea of creating a floor in between. But that was fiction and this is a horror story,” he added.

The Buildings Department issued a vacate order for apartment 601 and the apartment right above, 701. You can even see from the outside of the building the many air conditioners and boarded up windows in the two apartments.

“Every New Yorker deserves a safe and legal place to live, which is why we’re committed to routing out dangerous firetraps and ordering the landlords to make these apartments safe," the NYC Buildings Department said in a statement. "Tenants living in truncated and windowless dwelling units like this poses an extreme hazard to their safety, as well as the safety of their neighbors, and first responders – a hazard that cannot be tolerated in our city.”

All the residents who had been living in the illegal, subdivided apartments have been offered emergency housing by the Red Cross. The landlord is facing fines of up to $144,000.