‘I was an easy target’: man in wheelchair assaulted 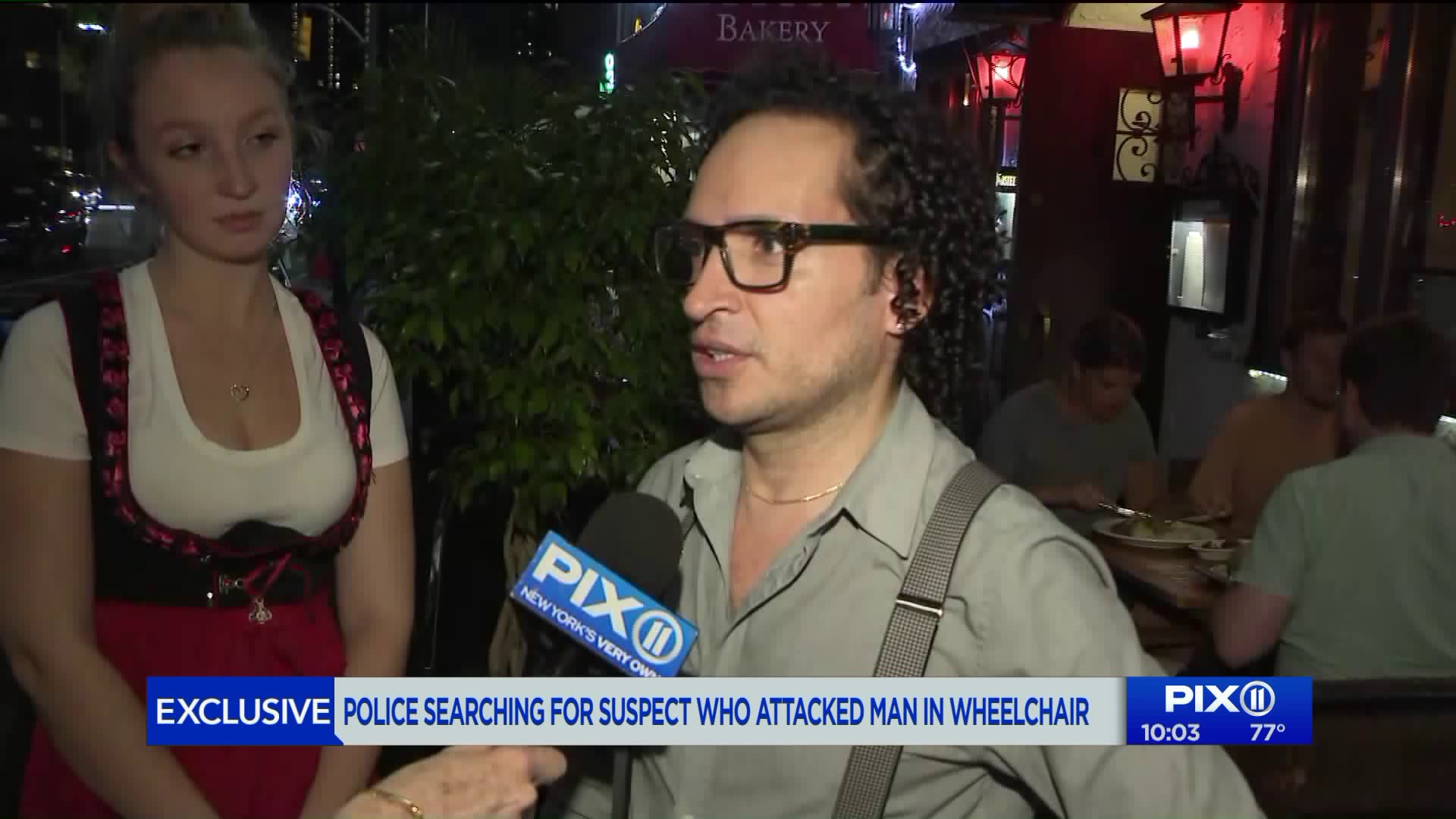 62-year-old Michael Marinangeli uses an electric wheelchair to get around after three strokes nd now he has a broken nose after an attack last Saturday night.

UPPER EAST SIDE, Manhattan — Police are looking for surveillance and eyewitnesses after a 62-year-old wheelchair-bound man was punched in the nose and thrown to the ground.

Marinangeli uses an electric wheelchair to get around after three strokes and now he has a broken nose after an attack last Saturday night.

Police say the Upper East Side resident was assaulted for no apparent reason on 86th Street and 2nd Avenue at 9:39 p.m. by a man Michael says was clearly high or drunk. Michael had been out for dinner with his 93-year-old mother Michele, who was in the wheelchair ahead of him.

She actually swerve to avoid boy getting attacked by the same man.  When Michael’s mother saw him lying on the sidewalk she thought the worst.

Diners and staff at the nearby Heidelberg restaurant came to help after the assault.

“I hope they get this guy,” Marinangeli told PIX11 News.

Michael is hoping surveillance cameras capture a clearer image of his assailant, who he can only describe as white male in his 40s.