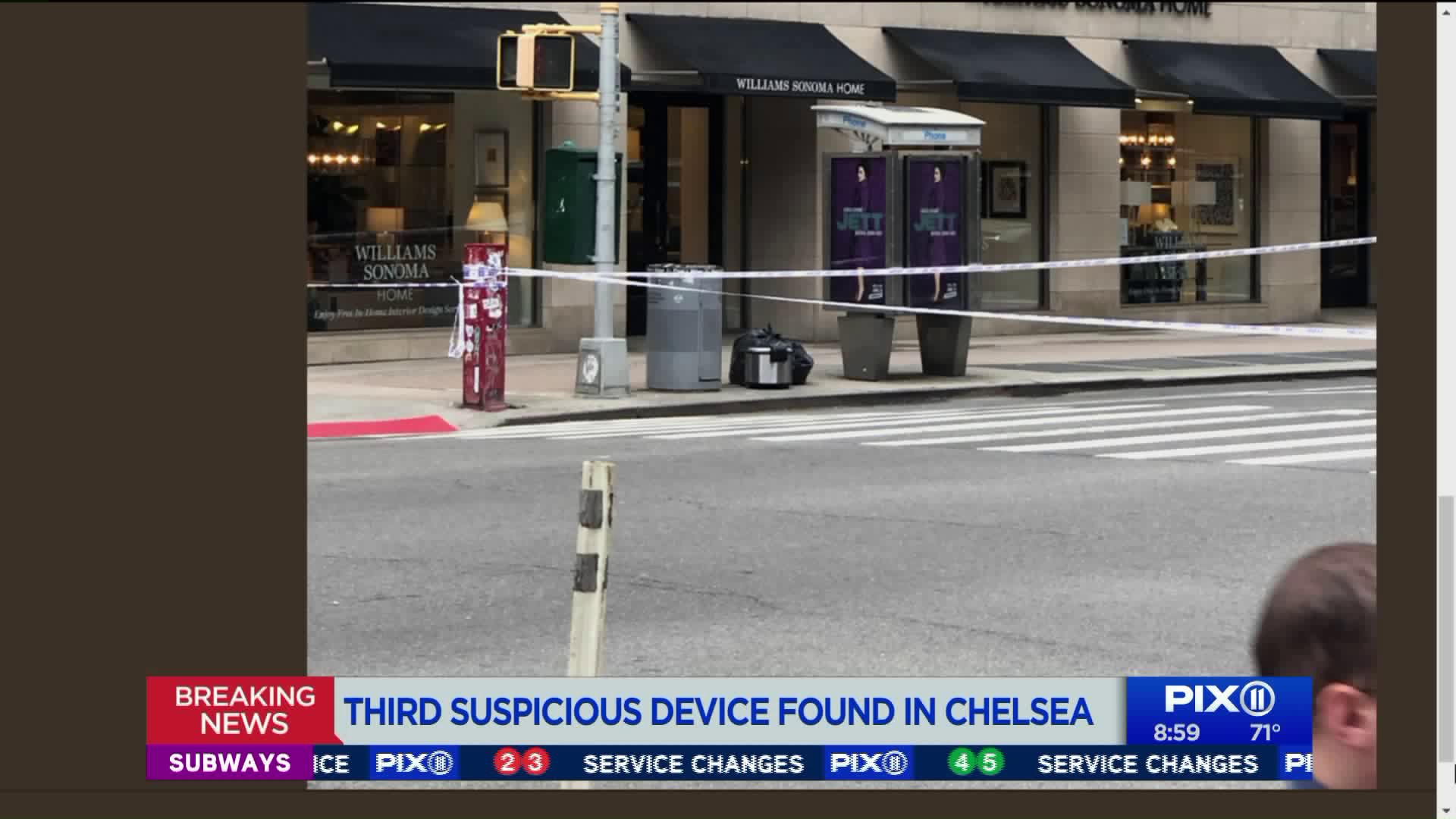 A third suspicious package was found in Manhattan Friday morning, police said. The first two were located at a subway station and have been deemed safe.

Police were called about a suspicious package near a trash can along 16th Street and Seventh Avenue in Chelsea around 8:10 a.m., authorities said.

The third package, which police said was an empty rice cooker, found shortly after two other suspicious packages were deemed safe at the Fulton Street subway station in Lower Manhattan, officials said.

All three rice cookers are the same make, year and model, officials said.

The two locations are just over two miles apart.

Expect a heavy presence of police and emergency vehicles in the area, police said.