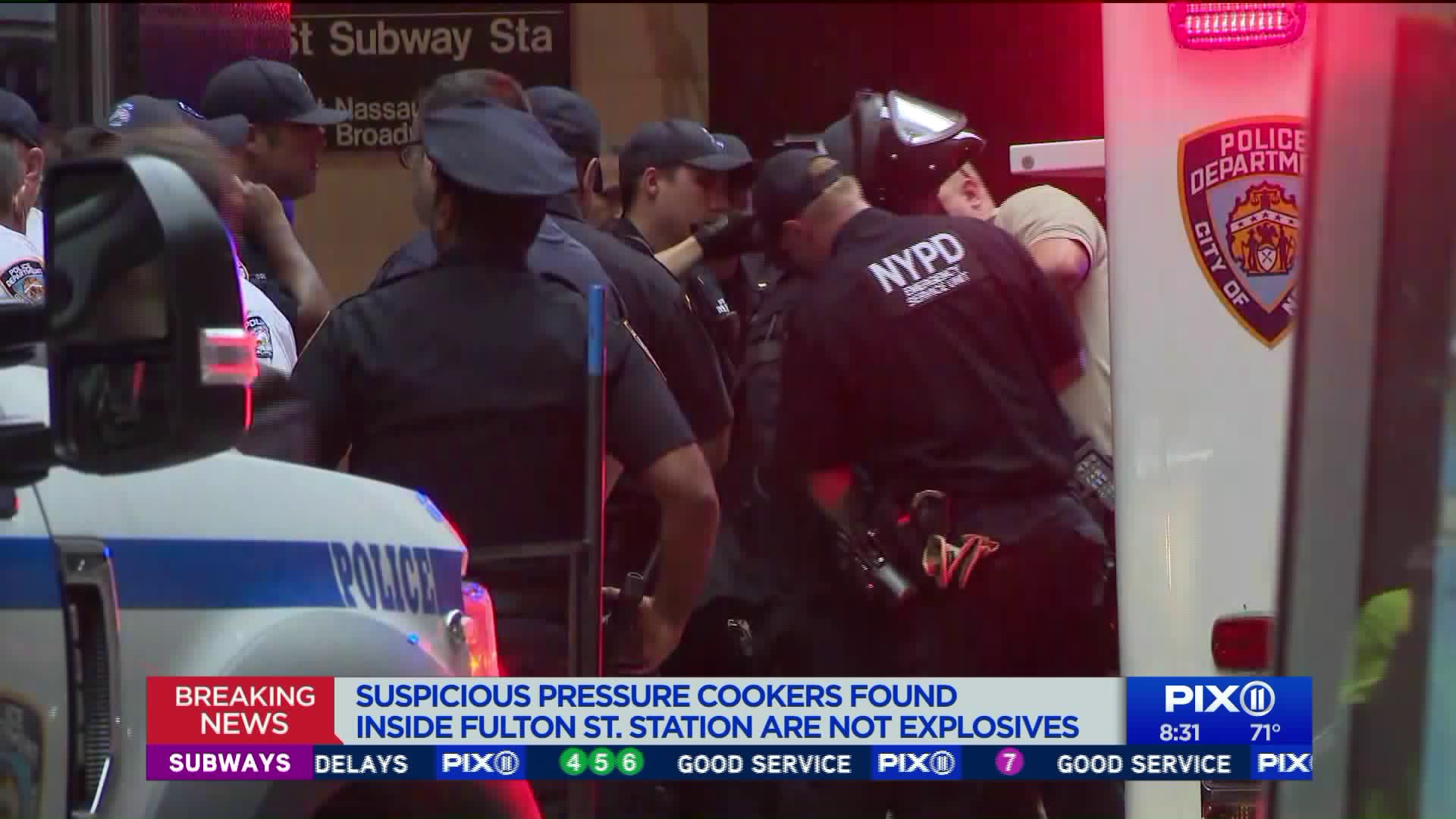 Suspicious packages found in a busy Manhattan train station Friday morning have been deemed safe after an NYPD investigation prompted the evacuation of the station. 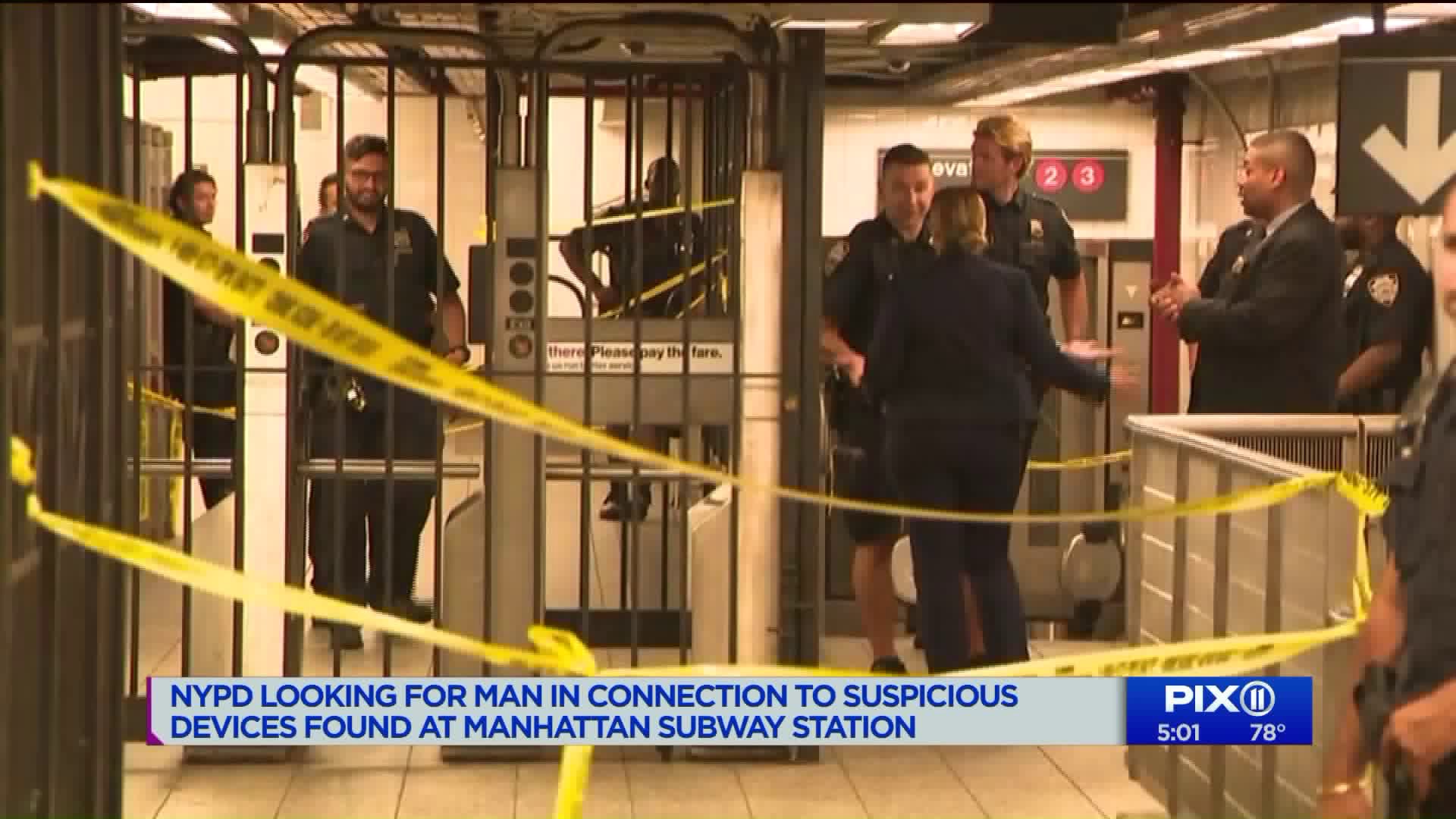 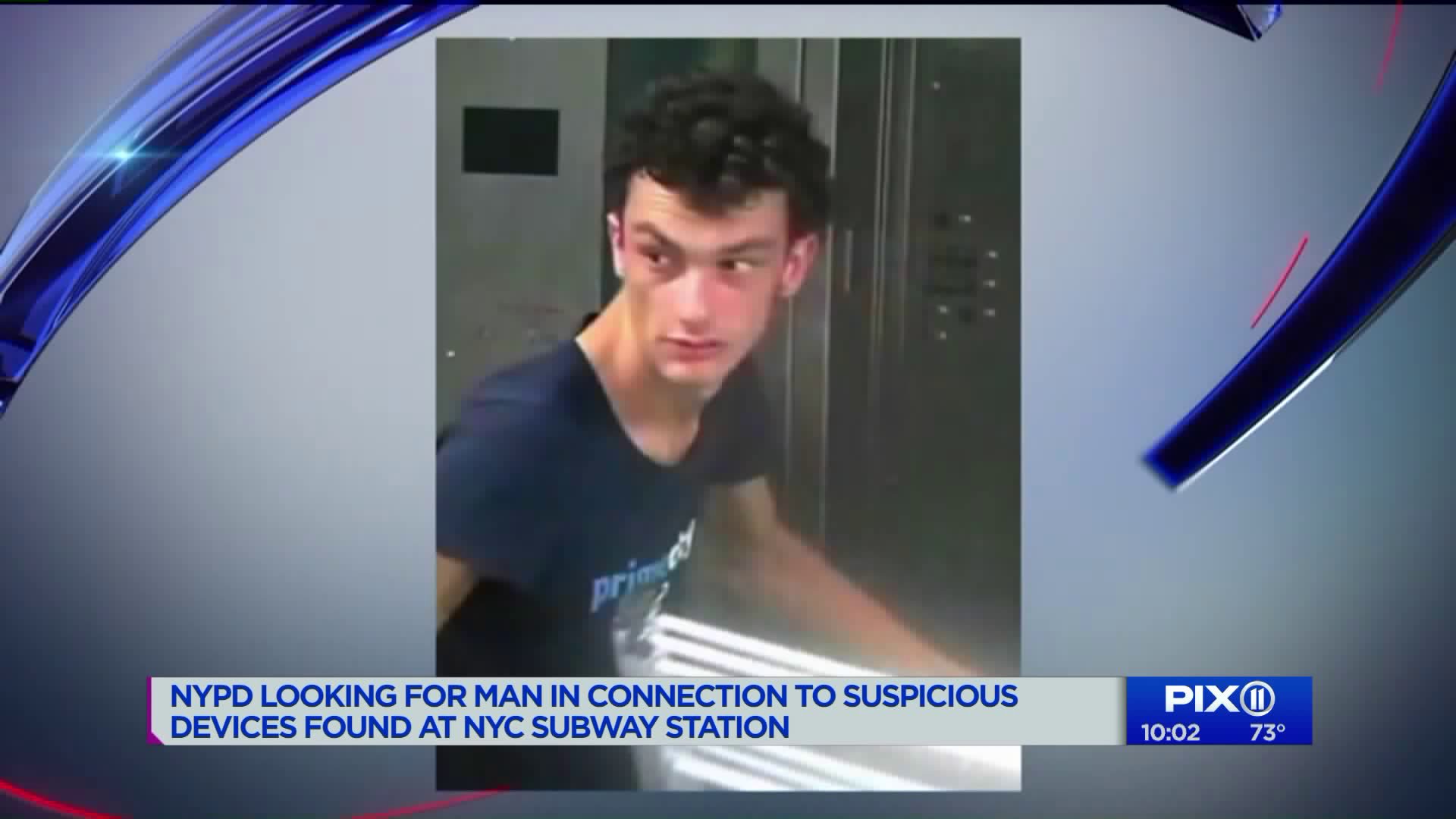 LOWER MANHATTAN — As evening fell on Friday, NYPD officers and investigators kept crime scene tape up, and kept a portion of the mezzanine and platform at the Fulton Street transit hub here closed down.

It was part of their ongoing investigation into someone leaving suspicious items at the subway terminal, one of the city's busiest, during morning rush hour.

The man has been identified as Larry Kenton Griffin II. Police say he is in his 20s or 30s, and has dark hair, said John Miller, the NYPD deputy commissioner for counterterrorism and intelligence. Miller said that the man had "a shopping cart, [placed what appeared to be] a pressure cooker on the upper

The NYPD released images of the person wanted for questioning in connection to the suspicious packages found inside the Fulton Street subway station. (NYPD Chief of Dept.)

level, then on the lower level" of the station, in the section where the 2 and 3 trains stop.

Miller described him as a person of interest, and said investigators have to "stop very short of calling him a suspect."

The items were spotted by a commuter around 7 a.m. and flagged to officials, who closed the subway station as the devices were examined. It remains closed until around 8:50 A.M., with the exception of the 2 and 3 trains.

The devices which looked like pressure cookers were later determined to be empty rice cookers, police said.

A third empty rice cooker was found around 8:10 a.m. in Chelsea, about two miles north of the Fulton St. hub. That item was also deemed safe by the bomb squad, police said.

All three rice cookers are the same make, year and model, according to Miller.

It remains unclear if the incidents in Lower Manhattan and Chelsea are connected, but investigators are looking into that possibility, they said.

Watch: Officials give an update on the investigation.