‘It’s an honor. We are all so thrilled’ Elmora Troopers win game in Little League World Series 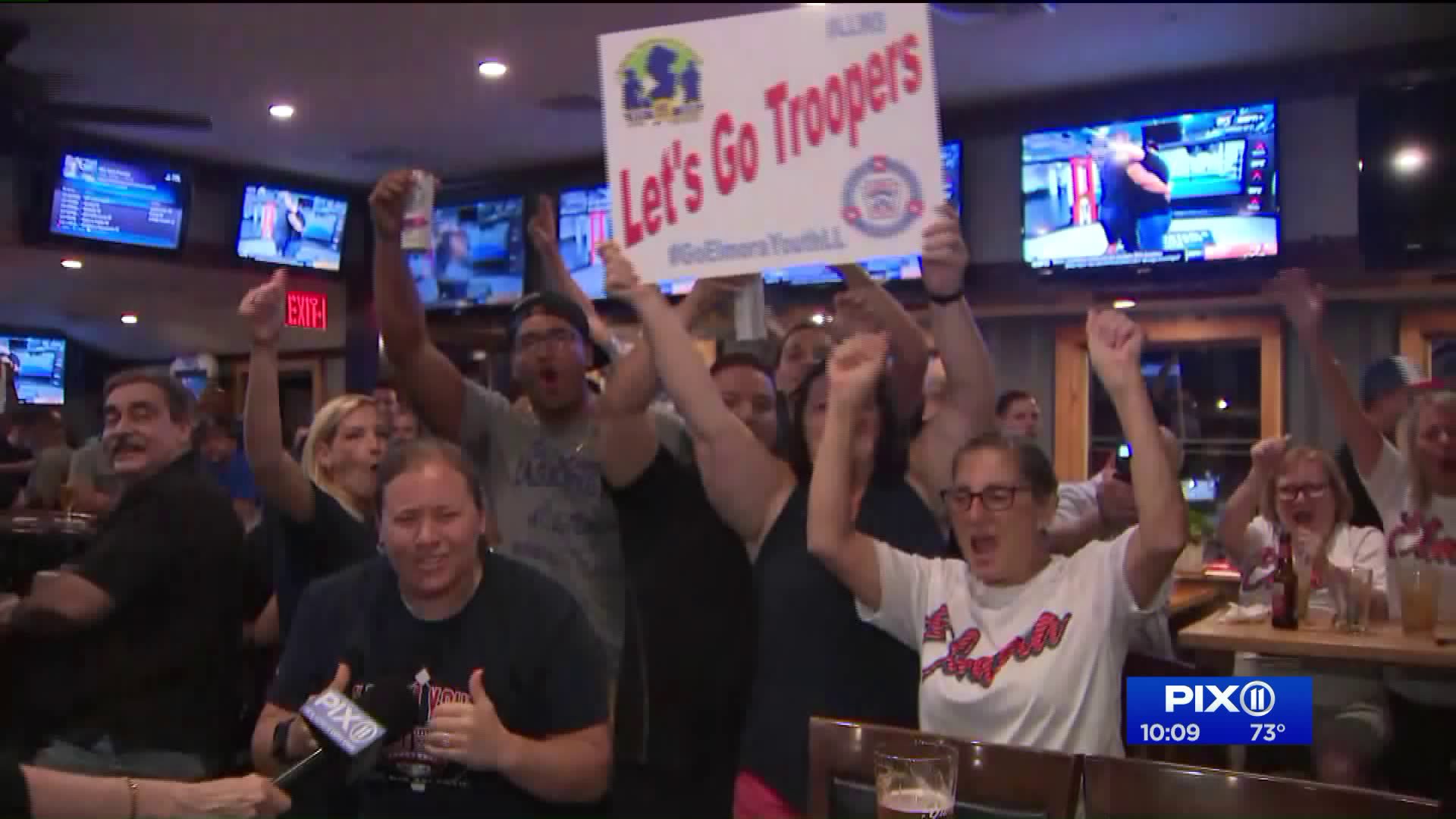 It`s been more than 20 years since a Little League team from New Jersey made it to the World Series and the cheers inside Suspenders for the Elmora Troopers were deafening.

UNION, N.J. — It’s been more than 20 years since a Little League team from New Jersey made it to the World Series and the cheers inside Suspenders for the Elmora Troopers were deafening.

The sound of elation was constant through the night, but first heard when this team of 13 incredible 12-year-old superstars from Elizabeth scored their first run in the second inning.

Practically everyone inside this packed pub has a deep connection to the team, including the pub’s owner.

“We are all pulling for them. This is a very tight knit community,” Joseph Tona, the owner of Suspenders restaurant, told PIX11 News. “We all want them to do well,” he added.

Many rooting for the Elmora troopers knew Thomas Hanratty, the New Jersey state trooper who was killed by a vehicle while conducting a traffic stop in 1992.  His mother was among those fans cheering the loudest for the team named in her son’s memory.

“It’s an honor, we are all so thrilled for them,” Nancy Hanratty, trooper’s mother, told PIX11 News. “But it’s also difficult for us,” she added.

The Hanratty family donates to this winning team as do so many others.

Throughout most of the six innings, the crowd was going wild, Particularly in the fifth inning when two more runs were scored. The final was 6-2 for Elmora over a team from Oregon.

“They’re going to go all the way, I know they will,” Mimi Ryan, a very vocal supporter of the Elmora Troopers, told PIX11 News.

The last time a New Jersey team won the World Series was back in 1998, the Toms River Little League team, but the crowd inside Suspenders has no doubt the Elmora troopers will do it this year.