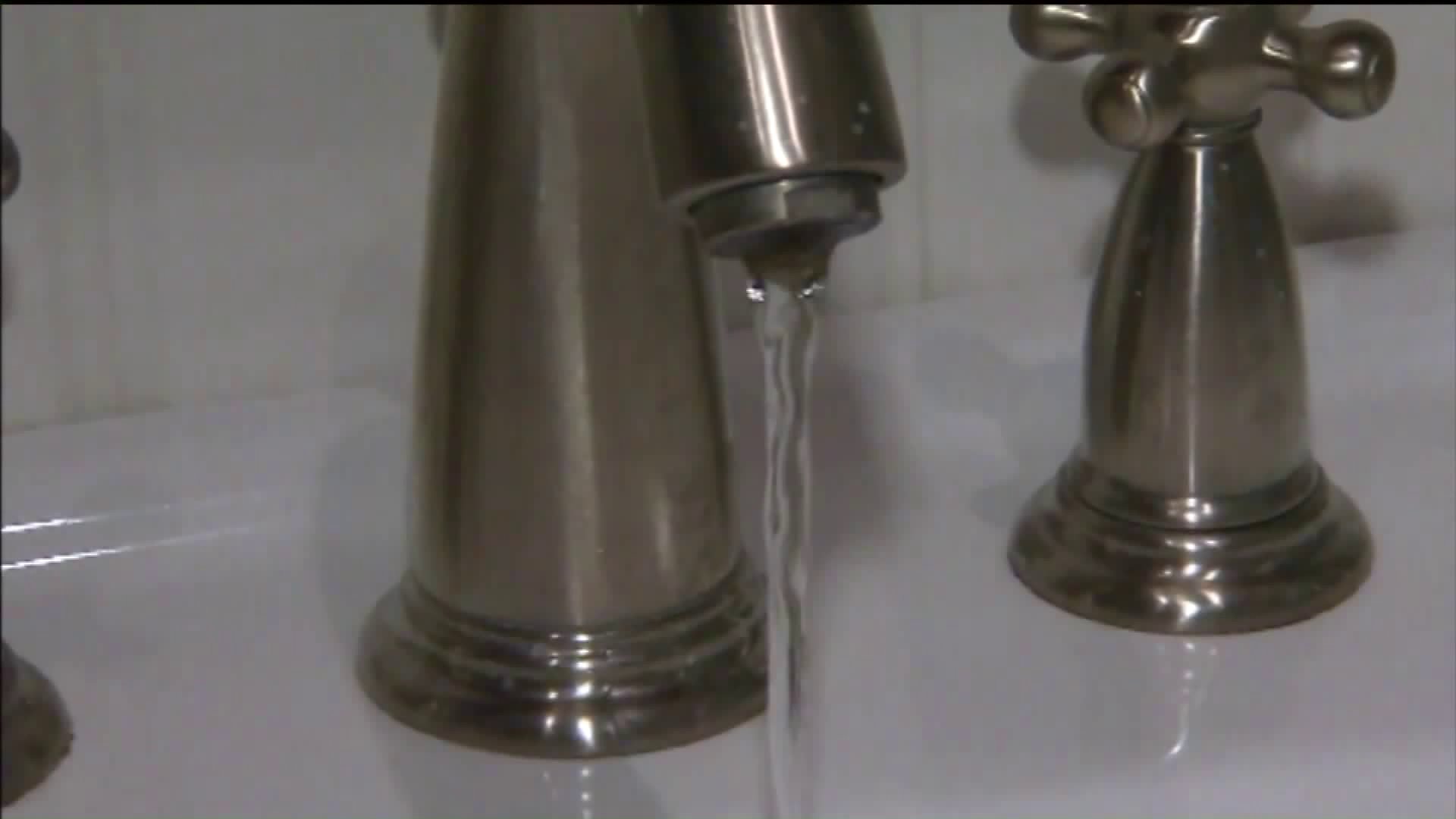 Tens of thousands of bottles were handed out beginning Monday at four locations around the city as angry residents demanded answers.

The EPA's order came after two of three households in the Pequannock service area that had received filters from the city still showed lead levels above 15 parts per billion, the allowable threshold.

Newark resident Lisa Parker uses her tap water sparingly. She has boxes filled with gallons of water. The purchase costs about $50 a month. She's been doing that for three years just to have peace of mind when she eats drinks, cooks and bathes. Parker even has a filter attached to the shower in each of her two bathrooms.

Parker, a native of Harlem, and former long time resident of TriBeCa, has been living in Newark for almost 20 years.

She’s also a plaintiff in a federal lawsuit against the city of Newark.

The Natural Resources Defense Council, which sued the city last year over high lead levels, is seeking an injunction to force the city to also provide bottled water to some of about 30,000 households served by a plant in Wanaque, northwest of the city.

An expert testified Thursday that providing two cases of water per week for three months to qualifying households — those with a pregnant woman or young children or both — would cost about $300,000.

Among other testimony in the daylong proceeding, an expert for the city told U.S. District Judge Esther Salas that Newark residents in the Wanaque service area weren't in danger and that the Wanaque system was demonstrating "effective corrosion control."

In addition, of roughly 240 samples taken from the Wanaque-served homes, about two-thirds showed lead levels so low they couldn't be accurately measured, Steven Reiber said. Lead levels in the Wanaque water "are low and going lower," he said.

That contrasted with the picture painted by attorneys from the National Resources Defense Council who noted that about 25 of the homes had tested above the EPA-mandated threshold of 15 parts per billion. Daniel Giammar, an expert called by NRDC, testified that one home in the service area tested at 246 parts per billion last year.

The lead is leaching in from the pipes and is not originating from the source water.

Newark has come under scrutiny in the past year since the resources council sued and claimed the city dragged its feet after its corrosion control system was found to be failing in 2017 and downplayed the severity of the problem when it notified residents.

Since then, the city implemented a new system that introduces orthophosphate into the water that acts as a coating on the inside of lead service lines to reduce leaching. It also distributed nearly 40,000 filters to residents and created a plan to replace the 18,000 residential lead service lines in the city, expected to take as long as a decade and cost millions.

The city also closed off gates and valves where water from the two systems was comingling; the resources council has said that blending might have compromised the water coming from the Wanaque plant.

City and state officials are working with the EPA to figure out whether the recent high readings in the Pequannock homes were caused by incorrect use or installation of the filters or whether the filters themselves were defective. The filters are EPA-approved and were used in Flint, Michigan, during that city's lead crisis, state officials said this week.

Attorneys for Newark used the example of Flint and other cities to attempt to show that distributing bottled water isn't a first option even when levels exceed the EPA threshold. Giammar, the resources council expert, conceded on cross-examination that Providence, Rhode Island, where he was an adviser to the city's primary water company, had exceeded the levels more than 10 times in a 10-year period but hadn't distributed water.

The parties will finish up arguments on Friday, though Salas indicated she likely would rule at a later date.

Corey Stern, an attorney who represents lead poisoned, and now brain damaged children in Flint, Michigan joined Ms. Parker and Narmeen Choudhury on this week’s edition of “Talk It Out” with Jay Dow on PIX11 Facebook Live. Watch below: