A taste of the food and wine experience 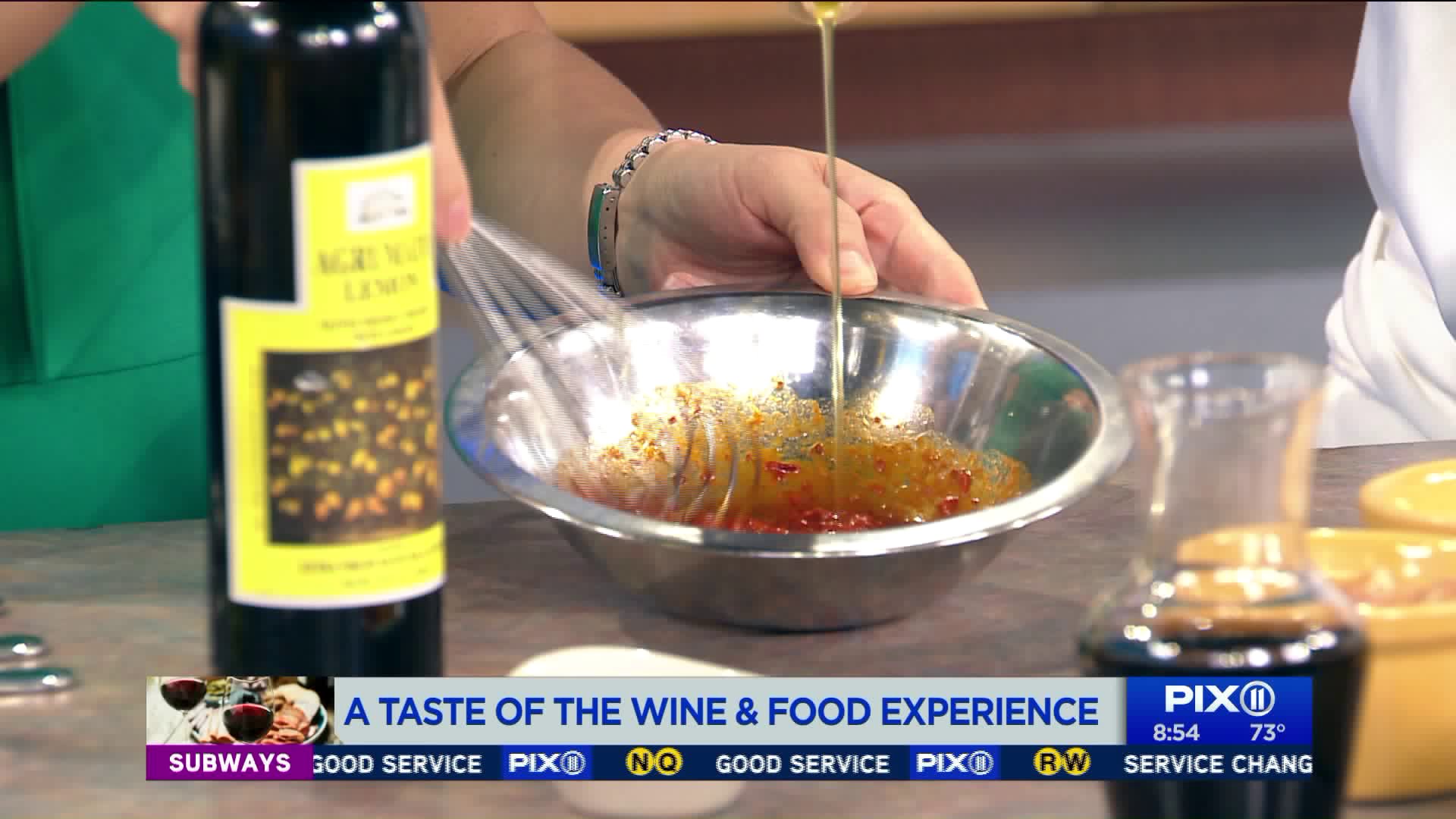 PIX11 is teaming up with USA Today for the second annual Wine and Food Experience to benefit City Harvest, an organization that helps feed more than one million New Yorkers.

NEW YORK — PIX11 is teaming up with USA Today for the second annual Wine and Food Experience to benefit City Harvest, an organization that helps feed more than one million New Yorkers.

The event — all about celebrities, chefs, food and wine, will be hosted by PIX11’s Dan Mannarino.

To prep our tastebuds for the big bash, Chef Gaetano Arnone from Otto Enoteca E Pizzeria gives us taste of some popular dishes.

The event take place Sept. 7 from 1 p.m. to 4 p.m. at LeFrak Center at Lakeside, Prospect Park in Brooklyn.

Octopus: Pre-heat oven to 300 degrees (F). Place Octopus in an oven-safe Dutch oven and cover with half of the oregano. Season with half of the black peppercorns, chili flakes, and Maldon sea salt, and add wine corks (this little-known old school Italian trick really makes the octopus tender!) Cover with EVOO and place covered in the oven for two hours or until the octopus is tender. Carefully remove octopus onto a plate and allow to fully cool.

Marinade: Once cooled, remove the legs of the octopus and cut into 1-inch pieces and place into a non-reactive bowl or inside a large zip-lock bag. Add the rest of the oregano, Calabrian chilis, toasted fennel seeds, red wine vinegar, and enough EVOO to cover all ingredients. Mix and place in refrigerator for four hours or overnight.

Potatoes: Place potatoes in large pot. Add fresh rosemary sprigs and whole black pepper (it is helpful to put pepper corns in cheesecloth). Lightly season with Maldon sea salt and cover entirely with EVOO. Turn heat to low and cook until the oil begins to simmer and the potatoes are cooked. Test by carefully inserting the tip of a knife into the potato to see if they are cooked through. When done, take off of heat and transfer to a bowl to cool completely. When cooled, cut potatoes in half; set aside.

N’duja Vinaigrette: Remove N’duja from its casing. Place in a bowl and add one tablespoon of EVOO and one tablespoon of sherry vinegar. Mix together until the salami begins to smooth out. Add additional oil and vinegar until it reaches the consistency of spreadable butter.

Salad: Remove the octopus from the marinade and place in a large mixing bowl. Remove potatoes from oil and place in the bowl. Add chopped radicchio, scallions, salt and pepper, a light drizzle of olive oil, and a tablespoon of the N’duja vinaigrette. Toss until all ingredients are incorporated and coated. Place on a serving platter and finish with olive oil.