Supporters and opponents of 14th Street busway meet on the block 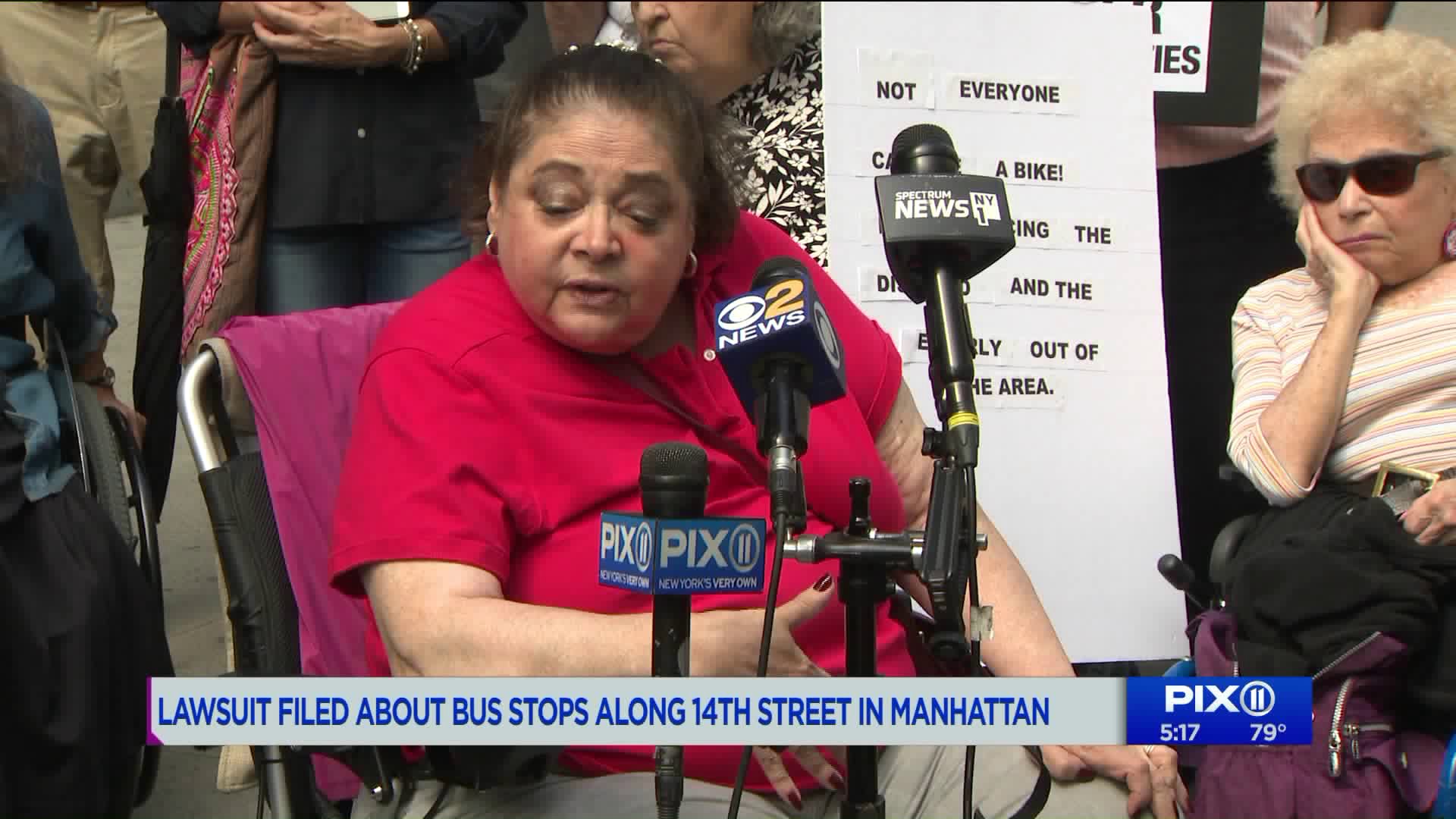 Commuters are demanding the MTA bring back bus stops along the 14th Street corridor. 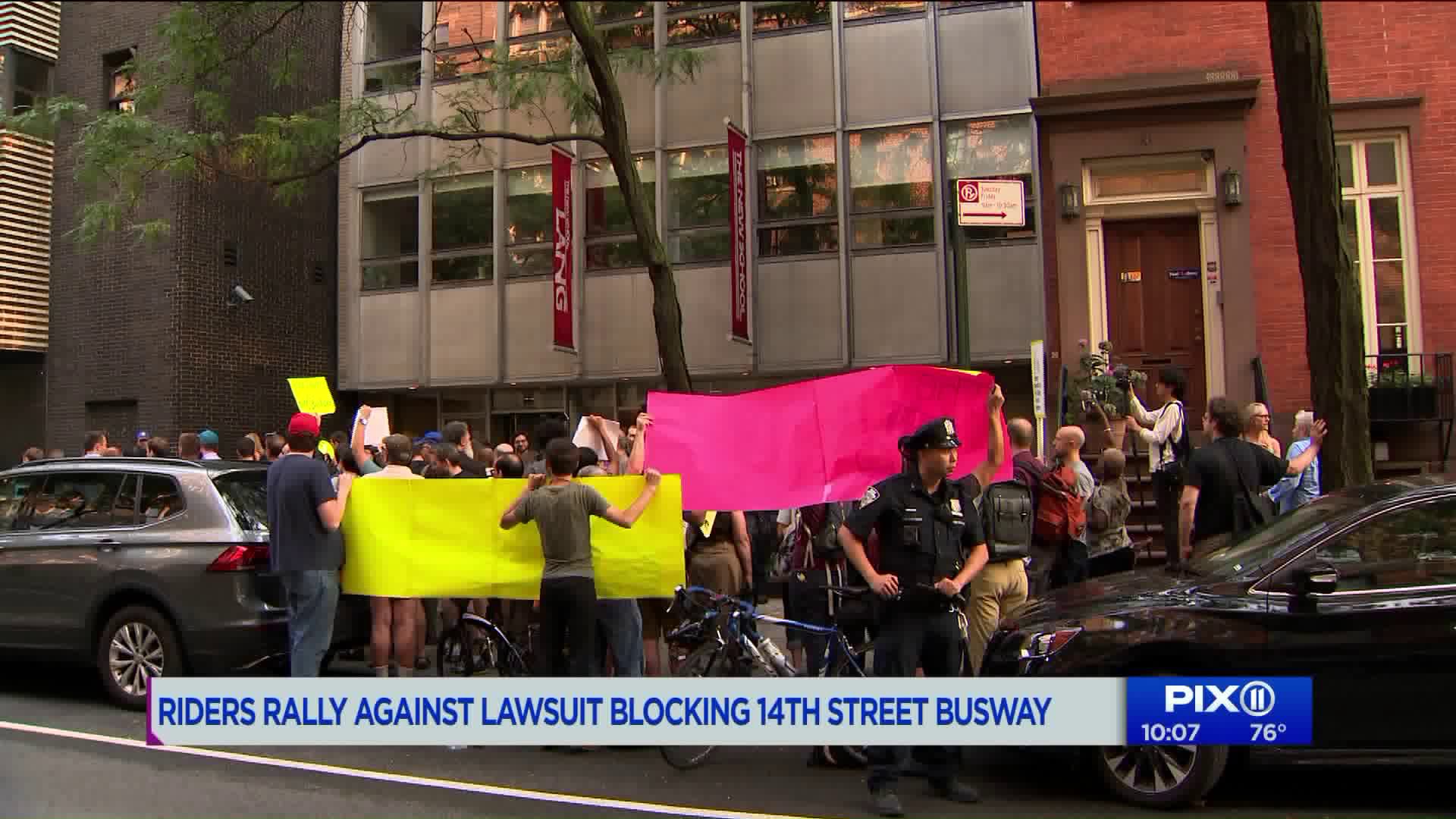 12th Street in Manhattan was the scene of the latest rally about the 14th Street busway.

Transportation Alternatives organized the event Wednesday evening to send a message directly to neighbors and the attorney who are suing to stop the complete busway project along the corridor.

Crosstown traffic would not be allowed on the busway from 6 a.m. until 10 p.m. and delivery trucks and local pick ups/drop offs would be permitted. The NYC Department of Transportation and MTA hope to speed up bus times along the M 14 routes.

A court is expected to hear the busway case later this year. Opponents argue the city did not study the environmental impact on side streets. The city says the amount of cars would not increase substantially and the agency disputes the data being quoted by the opponents.

A second lawsuit was  filed Wednesday against the MTA and NYC DOT to restore some bus stops that were removed along the corridor when it became a Select Bus Route.

Attorney Arthur Schwartz, who lives in the area, is also involved in that case and he held a press conference Wednesday morning with some riders, neighbors and people in the disabled community.

“We will defend against this lawsuit vigorously on behalf of bus riders, who deserve a modern and reliable service that moves people efficiently.  Rider advocates observe that it can be faster to walk than take the bus – we’re fixing that.  The bus system is fully accessible and far better for the environment than driving in private cars and taxis," said a representative from the MTA's media office.

Before the changes, M14A/D local service had 82 stops. Select Bus Service was created with feedback from riders and meetings with neighbors.

14 stops were removed and 3 were relocated. The MTA says M14 SBS customers do not have to walk more than two extra blocks from a discontinued stop to a SBS stop.