Officer kills himself in Queens, becomes the 9th NYPD suicide in 2019 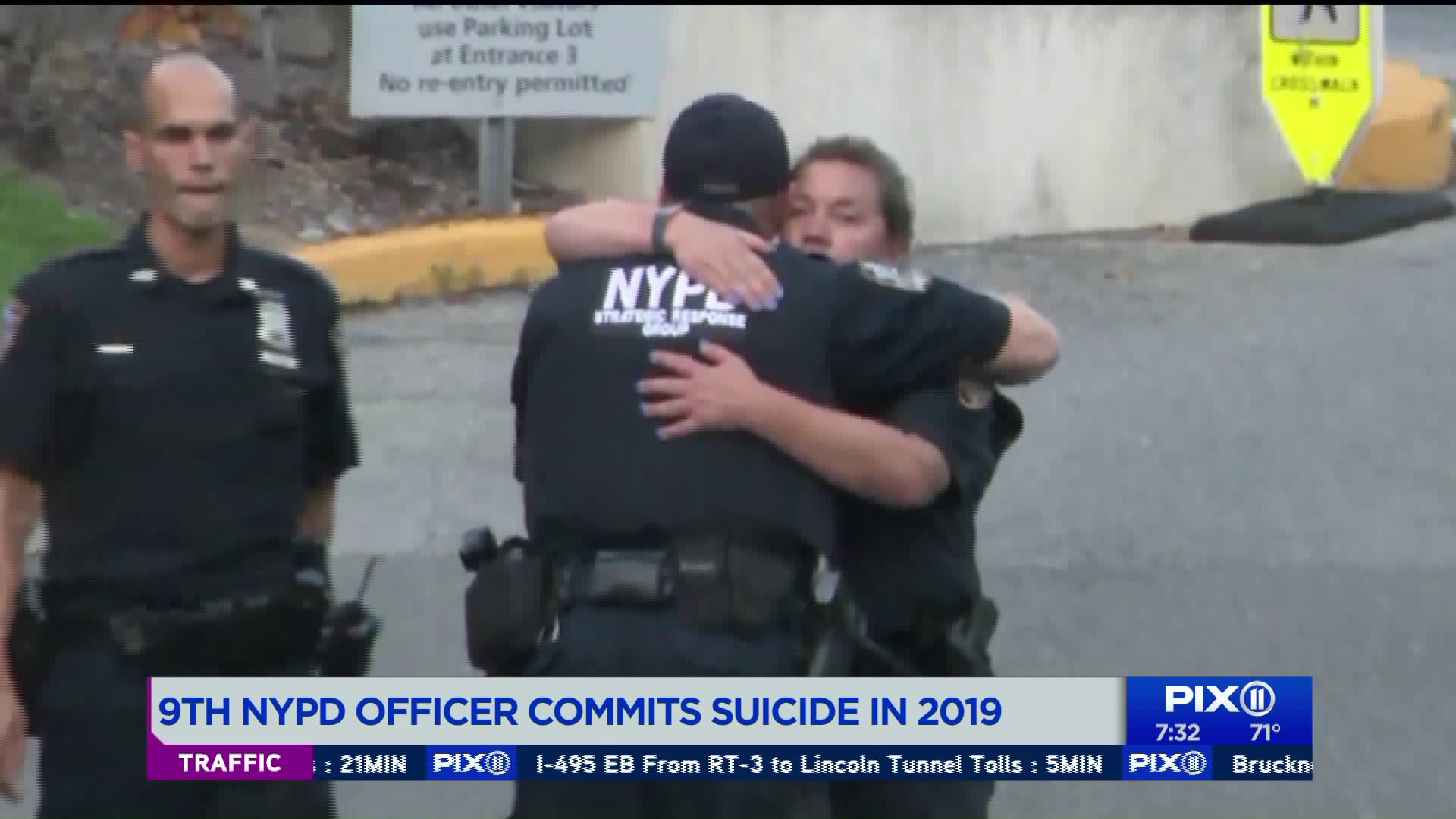 Another NYPD officer has died by suicide -- becoming the ninth to do so this year and the seventh since June 5, officials said. Robert Echeverra, 56, shot himself in the head at his Laurelton home in Queens just after 6 p.m. Wednesday. The 25-year veteran of the force, who was also a military veteran, and was assigned to the Strategic Response Team.

LAURELTON, Queens — Another NYPD officer has died by suicide -- becoming the ninth to do so this year and the seventh since June 5, officials said.

Robert Echeverría, 56, shot himself in the head at his Laurelton home in Queens just after 6 p.m. Wednesday. The 25-year veteran of the force, who was also a military veteran, and was assigned to the Strategic Response Team.

Echeverría was a husband and father of two, ages 11 and 18, a police source tells PIX11.

"We are saddened to announce that the NYPD has suffered another tragedy today with the loss of one of our officers to suicide," the NYPD tweeted. "To anyone who may be struggling, know that there is support available."

His death comes just one day after NYPD officer Johnny Rios, 35, killed himself in Yonkers.

Hours before this latest death, PIX11's Kori Chambers asked Chief of Department Terence Monahan if he feared more tragedies in the NYPD.

"A lot of psychologists and psychiatrists talk about a contagion of suicide and that, when one happens, others who have been thinking about this for a long time may come forward and take their own lives," Monahan said.

Councilman Donovan Richards, who represents the section of Queens, called it a crisis.

"We have to come together as a city to do everything we can to provide more services for officers who don’t want to jeopardize their career," he tweeted.

The recent cluster of suicides has NYPD leaders working to overcome the stigma of asking for help.

Four NYPD officers died because of suicide in all of 2018.

The NYPD has averaged between four and five suicides a year over the past five years, NYPD Commissioner James O'Neill said in June.

On their website, the NYPD lists numbers for their Employee Assistance Unit, Chaplain’s Unit, peer assistance program, and other resources.