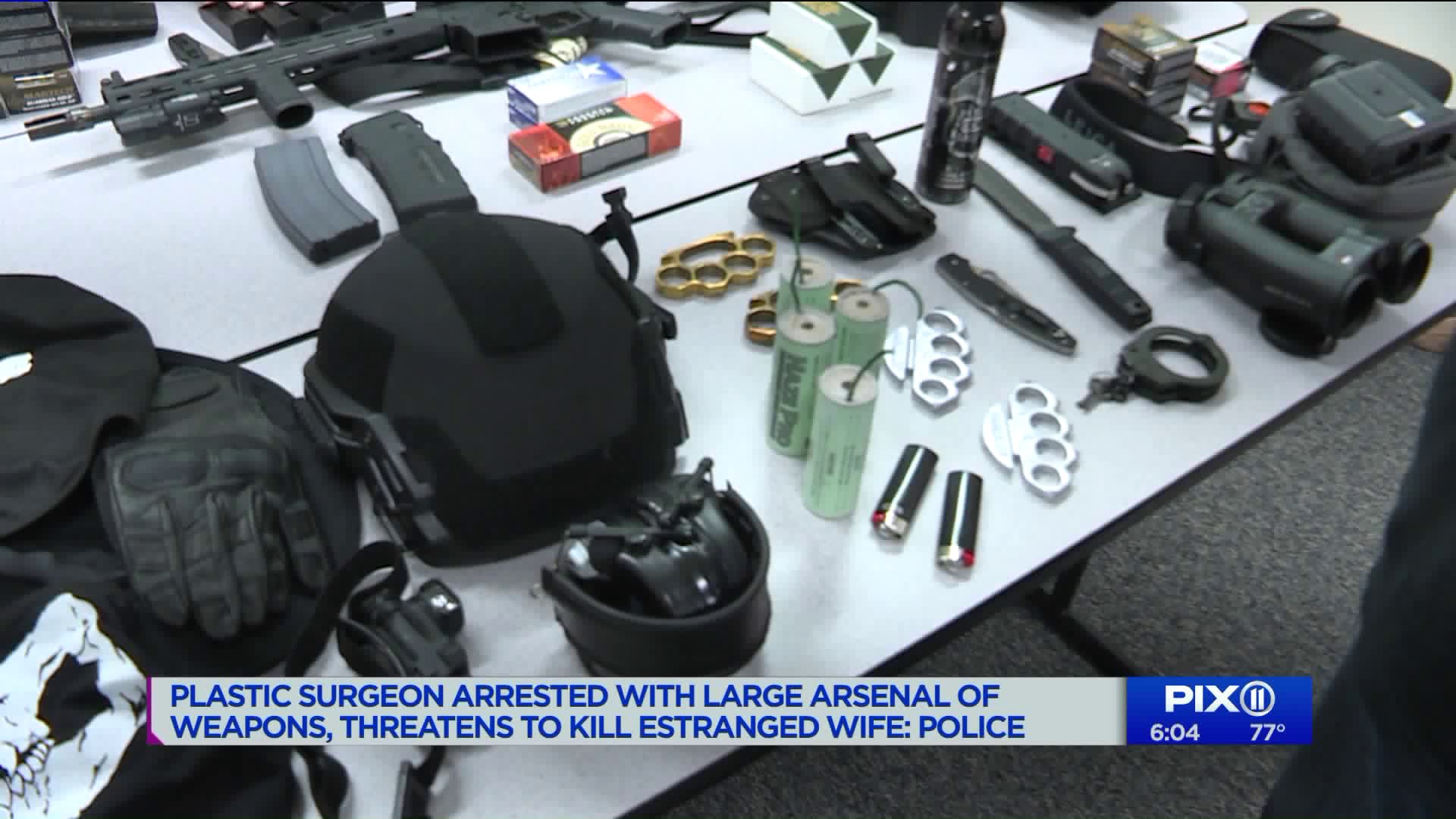 After receiving a report that Bonnano had made threats against his estranged wife, police say they found him at a bar with an illegal handgun. They searched his car in his wife's driveway and turned up more guns. Police say a subsequent search of his Long Island home found more assault rifles and other weapons.

He was jailed without bail to await a court hearing Tuesday.

Officials did not have the name of Bonnano's attorney