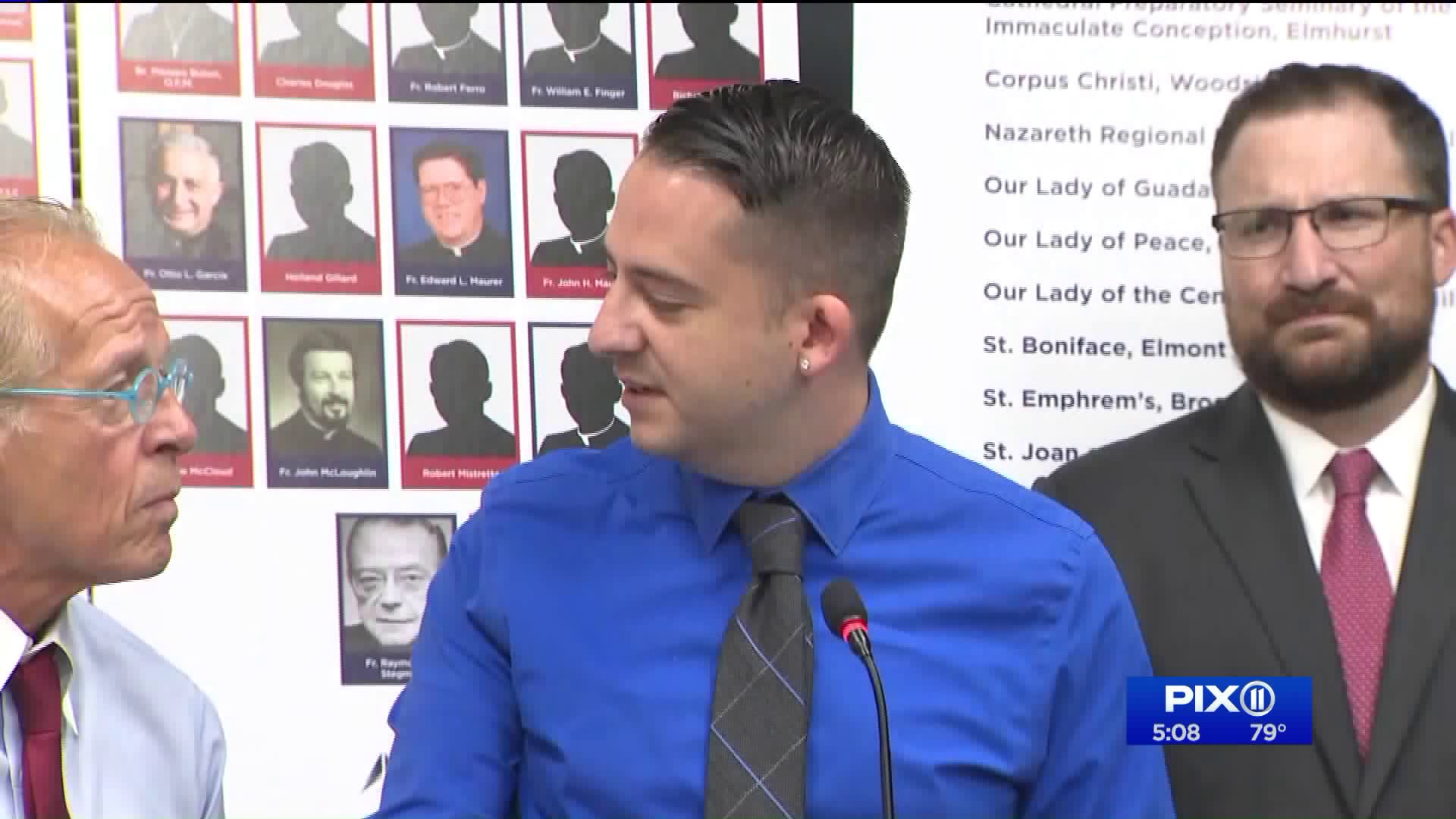 A look at some of the organizations named as defendants in child sexual abuse lawsuits filed in New York on Wednesday, as that state opens a one-year window allowing for the filing of civil molestation cases once blocked by the statute of limitations.

ALBANY, N.Y.  — A look at some of the organizations named as defendants in child sexual abuse lawsuits filed in New York on Wednesday, as that state opens a one-year window allowing for the filing of civil molestation cases once blocked by the statute of limitations:

CATHOLIC CHURCH: Each of the state's eight dioceses were named as defendants in lawsuits filed Wednesday that alleged abuse by priests, religious brothers and church employees. One suit accused former Albany Bishop Howard Hubbard, who retired in 2014, of sexually abusing a 16-year-old boy in the 1990s. An attorney for Hubbard, 80, denied that.

While state court officials couldn't say how many suits were filed throughout the state, lawyers contacted by The Associated Press said they had filed lawsuits Wednesday representing more than 1,000 plaintiffs.

JEFFREY EPSTEIN: A woman who says she was raped by Jeffrey Epstein when she was a teenager is suing his estate and three of his associates.

The AP does not name people who say they were victims of sexual unless they have consented to being identified, as Araoz has.

BOY SCOUTS: Dozens of former scouts filed suit alleging abuse at the hands of adult leaders in several local scouting. One of them, Michael Schall, says he was molested by a scoutmaster in the Buffalo suburbs in the late 1960s. He said the man told him not to tell anyone. Schall said he struggled to speak out about the abuse for years, convinced he was somehow at fault. "It seems freeing," he told The Associated Press when asked about the suit.

In a response to the suit, the Boy Scouts said: "We believe victims, we support them, we pay for counseling by a provider of their choice, and we encourage them to come forward."

ROCKEFELLER UNIVERSITY: Forty-five plaintiffs sued Rockefeller University alleging that they were abused by Dr. Reginald Archibald at Rockefeller University Hospital. Archibald has been accused of molesting hundreds of child patients over a 30-year period. He died in 2007. Rockefeller contacted former patients, offered free counseling and conducted an internal investigation that found Archibald "engaged in acts of sexual misconduct and sexual abuse toward many of his patients."

The university has offered free counseling to Archibald's former patients and said, "we profoundly apologize to his patients who experienced pain and suffering as a result of his reprehensible conduct."

PUBLIC SCHOOLS: The new law allows for civil suits against public institutions such as school districts as well. In one complaint filed Wednesday, a woman alleges that a teacher in New York City regularly molested her in the classroom starting at age 9. In another, a woman claims she was raped by a middle school janitor who threatened to kill her family and rape her friends if she told anyone.

JEHOVAH'S WITNESSES: A man and a woman are suing eight members of the Governing Body of the Jehovah's Witnesses over claims that they were sexually abused as children by two different church elders. The male plaintiff, now 48, says he was molested at age 14 by a man serving in a church position who told him he would get in trouble if he reported the abuse. According to the lawsuit, the plaintiff's parents ultimately alerted church authorities to the abuse. Their response was to throw both the plaintiff and the person he accused out of the church for engaging in homosexuality. According to the suit, authorities were never notified.

A message seeking comment was left with the Jehovah's Witnesses national organization.