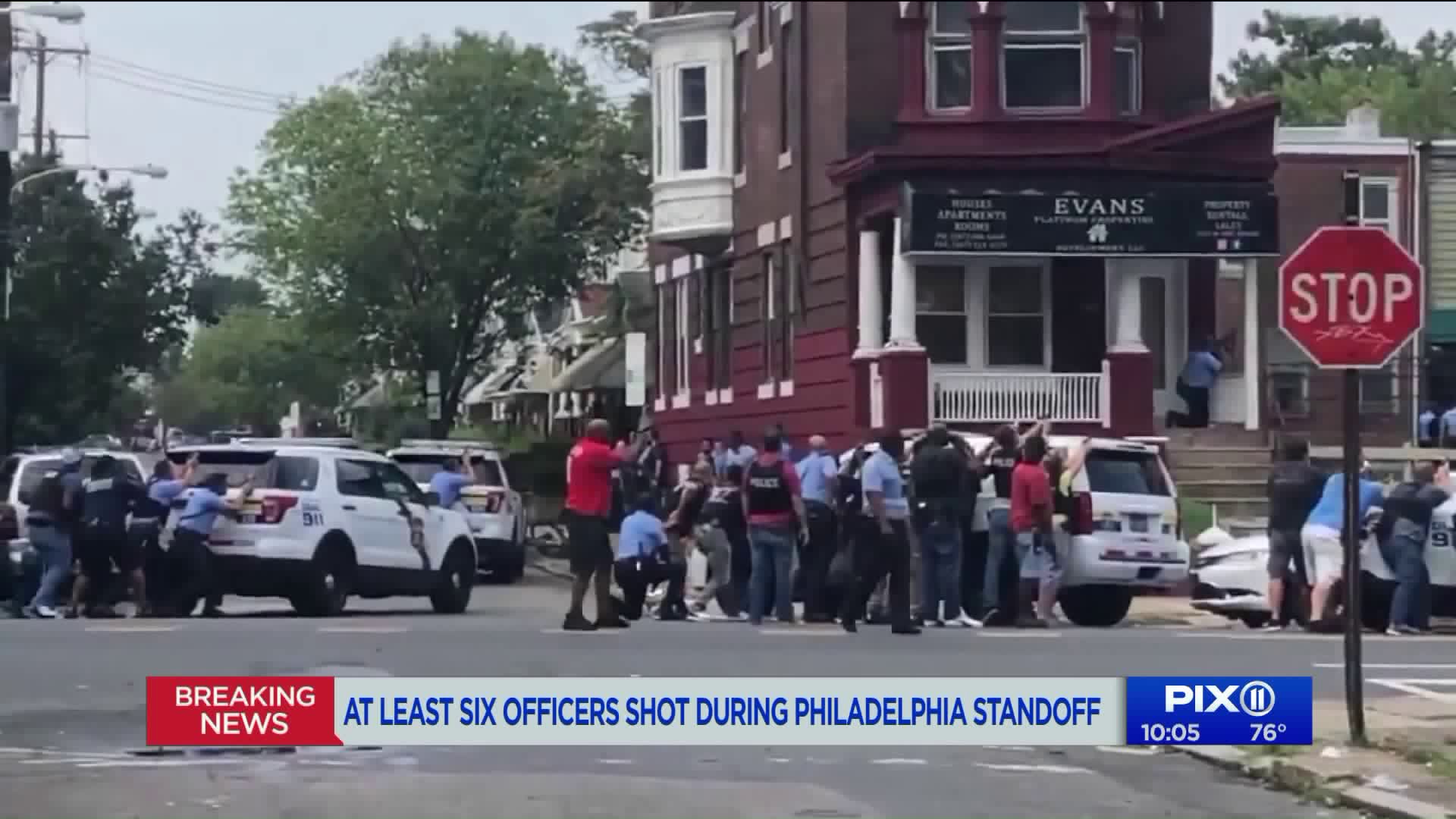 Commissioner Richard Ross said officers were serving a narcotics warrant at the home and had already entered when gunfire erupted. Ross said the gunman fired multiple rounds and officers returned fire. He said many "had to escape through windows and doors to get (away) from a barrage of bullets."

PHILADELPHIA, Pennsylvania — Police are in a standoff with a suspect who shot six officers on Wednesday in a North Philadelphia neighborhood.

Two officers who have been trapped inside the house have been safely evacuated, according to the Philadelphia PD.

Update: 2 PPD Officers who were in house with shooter have been safely evacuated by PPD SWAT. Suspect is still armed and inside house. Continue to avoid the area.

More than two hours after the standoff began, officers who swarmed to the scene were attempting to communicate with the shooter, "imploring him to surrender and avoid further injuries," Sgt. Eric Gripp, a spokesman for the department's public affairs office, said on Twitter.

The officers' injuries were non-life threatening,  Gripp said . He said other officers were being treated for non-gunshot injuries. They have since been released from the hospital.

UPDATE: ALL six officers who were shot have been released from area hospitals. One Officer is being admitted for injuries sustained in a vehicle crash related to the incident. Situation remains active and ongoing.

Video from a news helicopter showed more than 50 police vehicles at the scene.

Just around 6:30 p.m. ET more gunfire could be heard at the scene.

"Suspect is still firing... Continue to avoid area," Gripp  said in a Tweet .