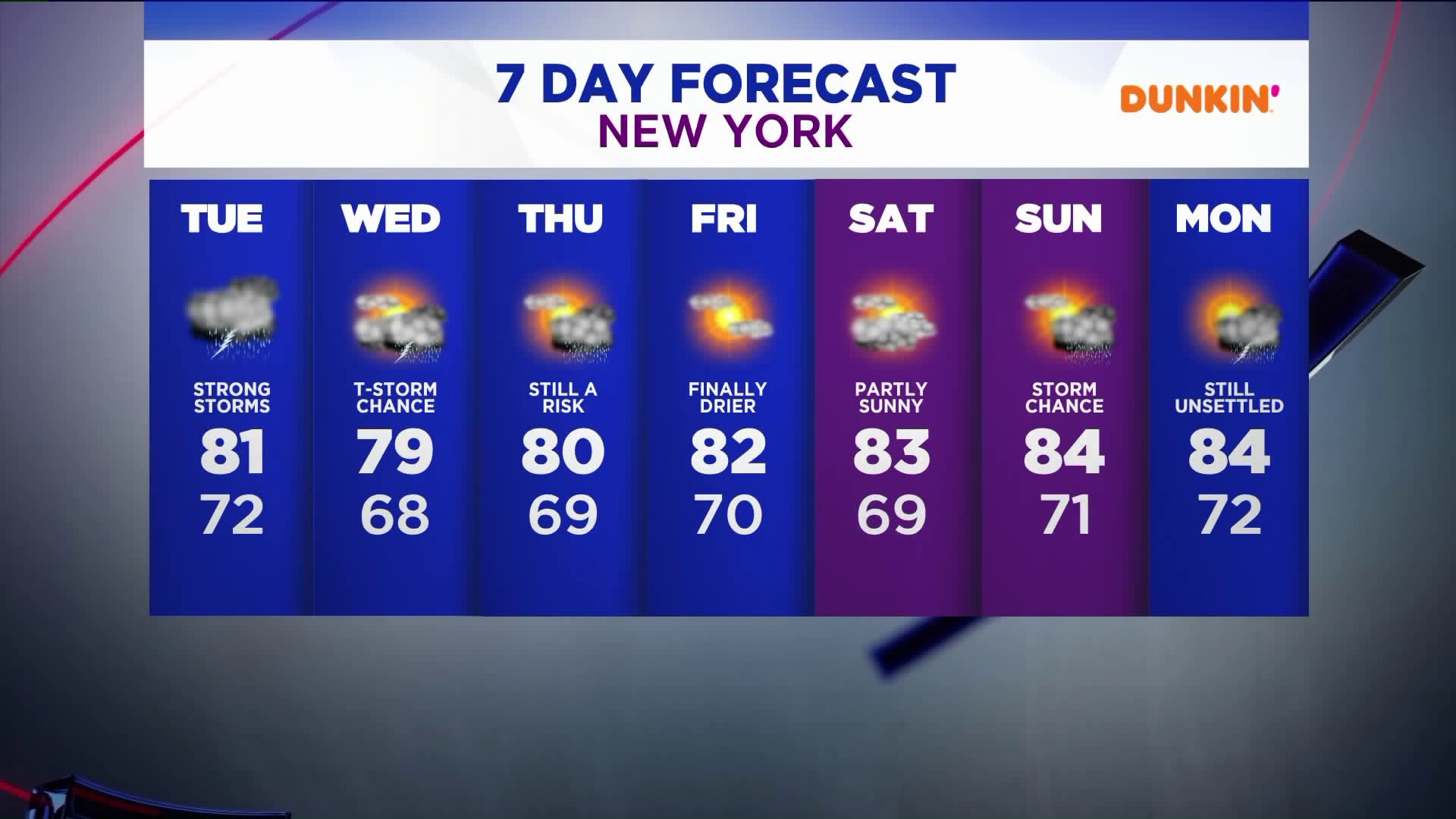 A flash flood watch is in effect through late Tuesday night for parts of New Jersey as rain and thunderstorms roll into the area, the National Weather Service says.

Most in the tri-state area will wake up to light rain showers, but we can expect thunderstorms to roll into the area Tuesday afternoon, with locally heavy downpours in some areas.

A bit more in the way of rain is expected than from our previous forecast. 1 to just over 2 inches of rain is forecast with locally higher amounts. The highest amounts are over NYC, Long Island, and S CT. The bulk of the rain will fall during the afternoon and early evening hours pic.twitter.com/lajddtxyml