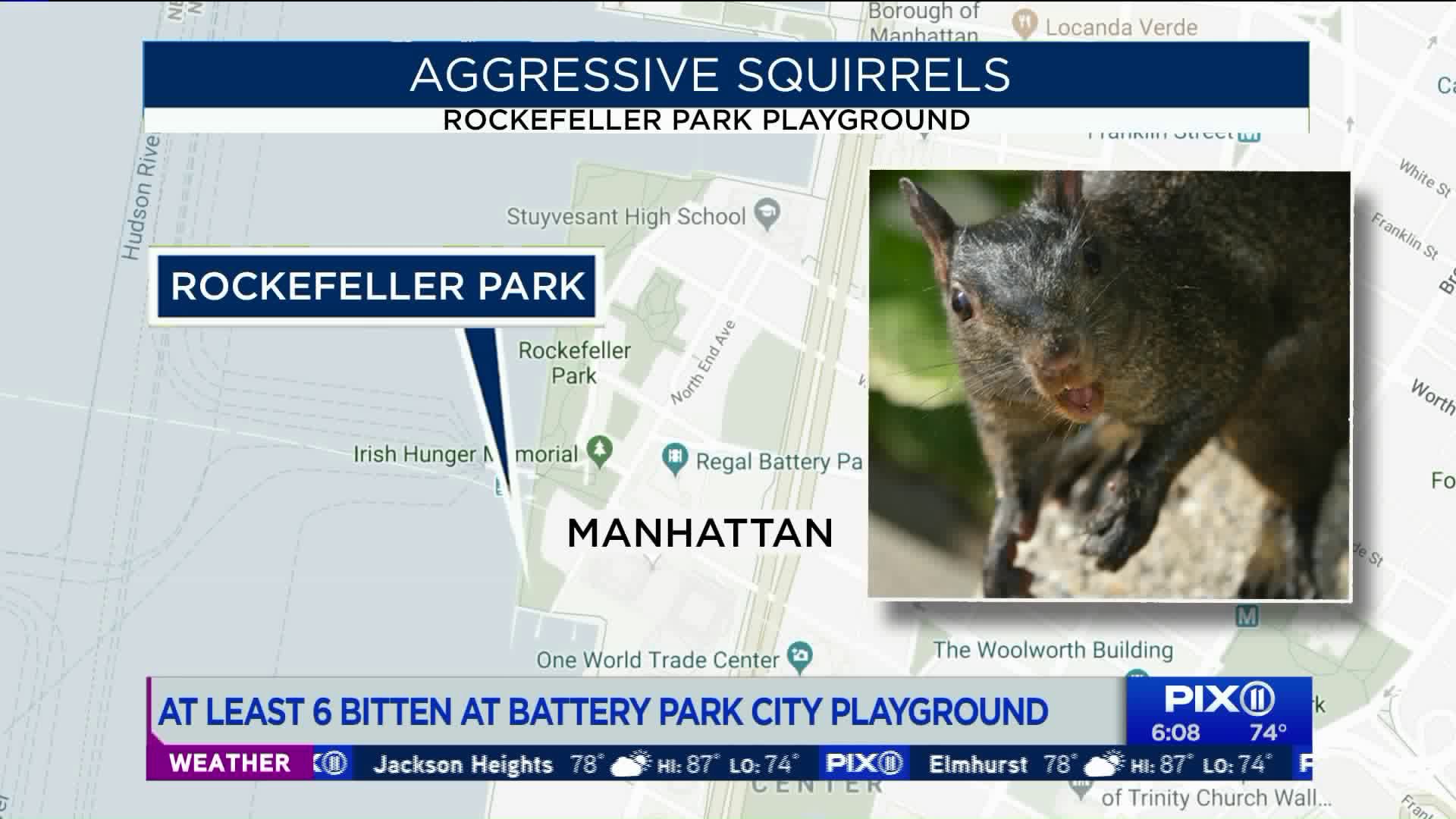 New York City Parks Department officials are warning people not to try to feed squirrels in city parks after at least six people were bitten near Rockerfeller Park`s playground, near the Hudson River, in Battery Park City.

BATTERY PARK CITY — City officials are warning people about aggressive squirrels after a string of reports of people being bitten or scratched by the wild critters, according to The Wall Street Journal.

Over the past week, a number of adults and children have been bitten or scratched near the playground at Rockefeller Park in Battery Park City, the report said.

Officials from the New York City Parks Department is warning residents and tourists not to feed wild squirrels, no mater how cute they seem.

If you do get bit or scratched, don't fret. The city has reportedly never found a squirrel to have rabies since it started tracking the creatures in 1992, officials said.