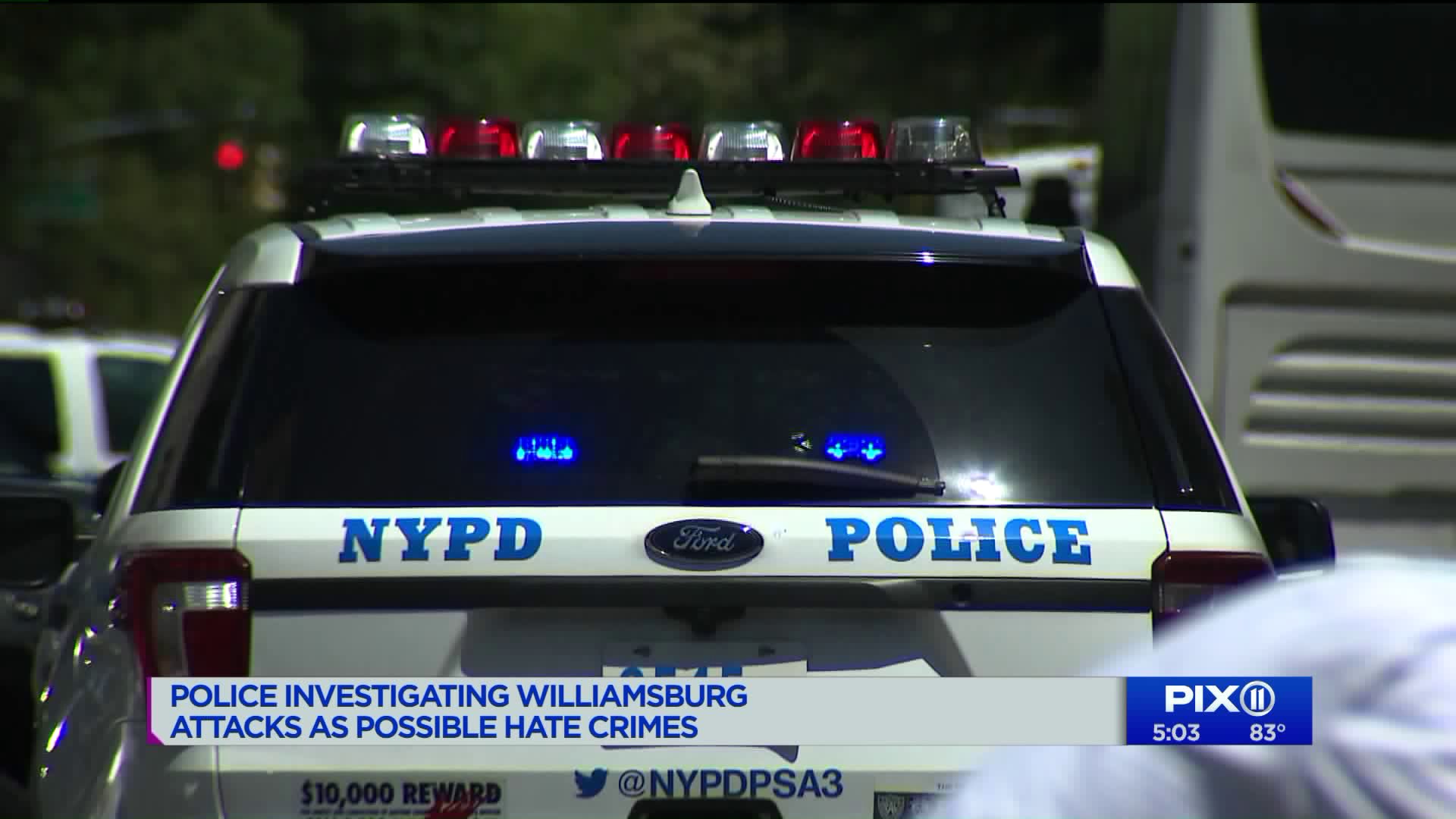 Police are looking for three men after at least three Jewish men were assaulted early Monday morning around the same Brooklyn neighborhood in a series of attempted robberies, authorities said.

WILLIAMSBURG, Brooklyn — Police are looking for three teenagers after at least three Jewish men were assaulted early Monday morning around the same Brooklyn neighborhood in a series of attempted robberies, authorities said.

According to police, calls came in around 6 a.m. for three men assaulted in separate instances around the Williamsburg neighborhood.

The first incident occurred around 5 a.m. near 80 Ross St., when a 71-year-old man was approached by a group of three teenage boys who punched him in the face and searched his pockets, police said. No property was stolen and the teens fled the scene on foot, according to authorities.

Police said the second incident occurred around 5:30 a.m. near 91 Clymer Street, when the same group of teens approached a 67-year-old man, punched him in the face and searched his pockets, again without taking anything. The group told the man, "give me your money," during the attempted robbery, according to authorities.

Authorities said the third incident occurred near 626 Wythe Pl. around 5:40 a.m. when the same group of teenagers punched a 56-year-old man in the face and searched his pockets, once again without making off with any property.

The men in the first and third incident were taken to Bellevue Hospital Center. Their conditions are not known at this time.

The victim in the second incident refused medical attention at the scene, police said.

The NYPD say they're looking for three teenage boys wanted in connection to the attacks.

Edit: Earlier versions of this story reported police are looking for three men. This has been updated to three teens, per authorities.

Individuals below are WANTED for a series of attempted robberies in the confines of the @NYPD90Pct On August 12, 2019 Between the hours of 5:00AM and 5:40AM. The subject’s assaulted victims and attempted to remove property. If you know who they are? Contact @NYPDTips 800-577-TIPS pic.twitter.com/99xYZ4cUqu