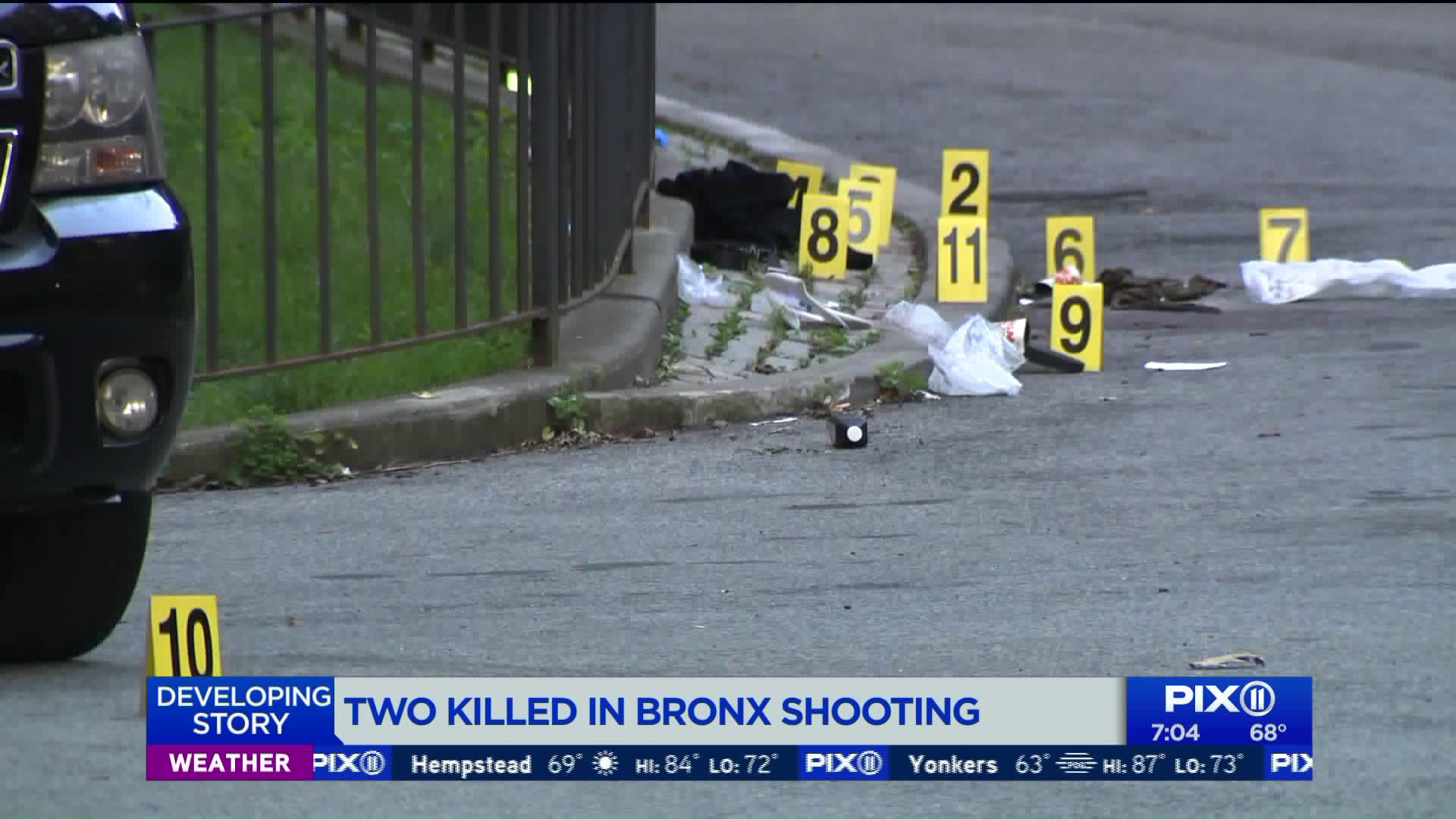 A 17-year-old boy and 21-year-old man died after being shot at the Parkside Houses in the Allerton section of the Bronx late Sunday night, police said. The calls for shots fired came in around 11:45 p.m. Sunday, August 11, according to police. Responding officers found the two men, the teen shot in the torso and the man shot in the neck, and EMS transported them to Jacobi Hospital, where they were both pronounced dead, authorities said. The investigation remains ongoing.

ALLERTON, the Bronx — A teenage boy was one of two people shot and killed late Sunday night at a Bronx NYCHA development, according to police.

Authorities said police responded to calls of shots fired around 11:45 p.m. Sunday toward the back of a building at the Parkside Houses in the Allerton section of the Bronx.

Responding officers found two male victims with gunshot wounds in front of 2955  White Plains Rd., another building part of the Parkside Houses, according to police.

A 21-year-old man had been shot in the neck and a 17-year-old boy sustained a gunshot wound to the torso, police said.

EMS responded and took both victims to NYC Health + Hospitals/Jacobi where they were both pronounced deceased, according to authorities.

There are no arrests at this time and the NYPD says the investigation is ongoing.

Police have not yet identified the victims of the fatal shooting.