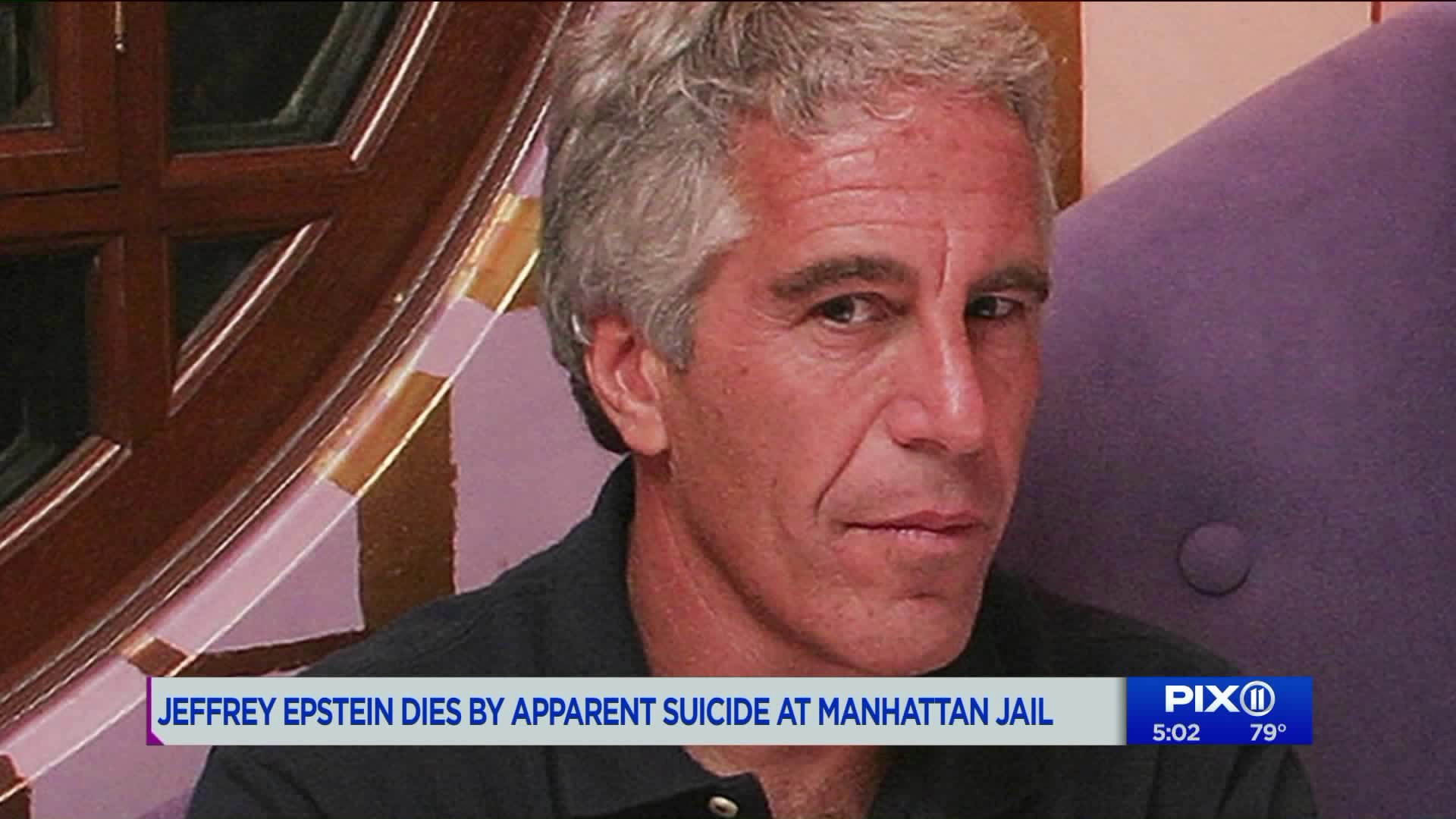 NEW YORK – Billionaire financier Jeffrey Epstein has died of an apparent suicide at a Manhattan jail Saturday morning, the Bureau of Prisons said.

Epstein was found unresponsive in his jail cell in the Special Housing Unit around 6:30 a.m., the Bureau of Prisons said in a statement. Life-saving measures were initiated and continued as emergency responders transported him to the hospital, where he was was pronounced dead, according to the BOP.

Until recently, the same unit had been home to the Mexican drug lord Joaquin "El Chapo" Guzman, who is now serving a life sentence at the so-called Supermax prison in Colorado.

Epstein, 66, had been jailed since early July, when he pleaded not guilty to charges by New York federal prosecutors after an indictment accused him of sex trafficking dozens of underage girls, some as young as 14 years old.

Last month, he was found injured in his jail cell with bruises on his neck. It was not clear whether the injuries were self-inflicted or from an assault, a person familiar with the matter said.

Epstein had been recently taken off of suicide watch, but was still isolated, law enforcement sources told PIX11.

Epstein was officially accused, in part, of paying girls as young as 14 to have sex with him at his Upper East Side Manhattan home and his estate in Palm Beach, Florida, between 2002 and 2005. Federal prosecutors said he used employees and associates to lure the girls to his residences and then paid some of his victims to recruit other girls for him to abuse.

A federal judge in mid-July ordered Epstein to remain in jail pending trial, turning down the multimillionaire's request to return to his Upper East Side mansion under supervision.

Epstein faced similar accusations in Florida in 2007 but signed a plea deal with Miami prosecutors that allowed him to avoid federal charges and plead guilty to lesser state prostitution charges.

The new charges renewed attention on the 2008 plea deal, spurring outrage against it and leading to the resignation of Trump administration Labor Secretary Alex Acosta, who negotiated the plea agreement when he was the US attorney in Miami.

Following news of his death, officials sounded off online, Attorney General William Barr, who was "appalled" and that Epstein's death "raises serious questions that must be answered."

U.S. Attorney Geoffrey Berman released a statement Saturday confirming the news and supporting the woman who have made their allegations against Epstein public.

"Today’s events are disturbing," he said, "and we are deeply aware of their potential to present yet another hurdle to giving Epstein’s many victims their day in Court. To those brave young women who have already come forward and to the many others who have yet to do so, let me reiterate that we remain committed to standing for you, and our investigation of the conduct charged in the Indictment – which included a conspiracy count – remains ongoing."

Mayor Bill de Blasio tweeted that the fight for justice will continue for every victim involved and anyone else involved will be caught.

While a full investigation into how the federal government let this happen needs to be launched IMMEDIATELY, we won’t stop fighting for justice for every single victim.

Rep. Alexandria Ocasio-Cortes also tweeted a link to an article, adding "We need answers. Lots of them."