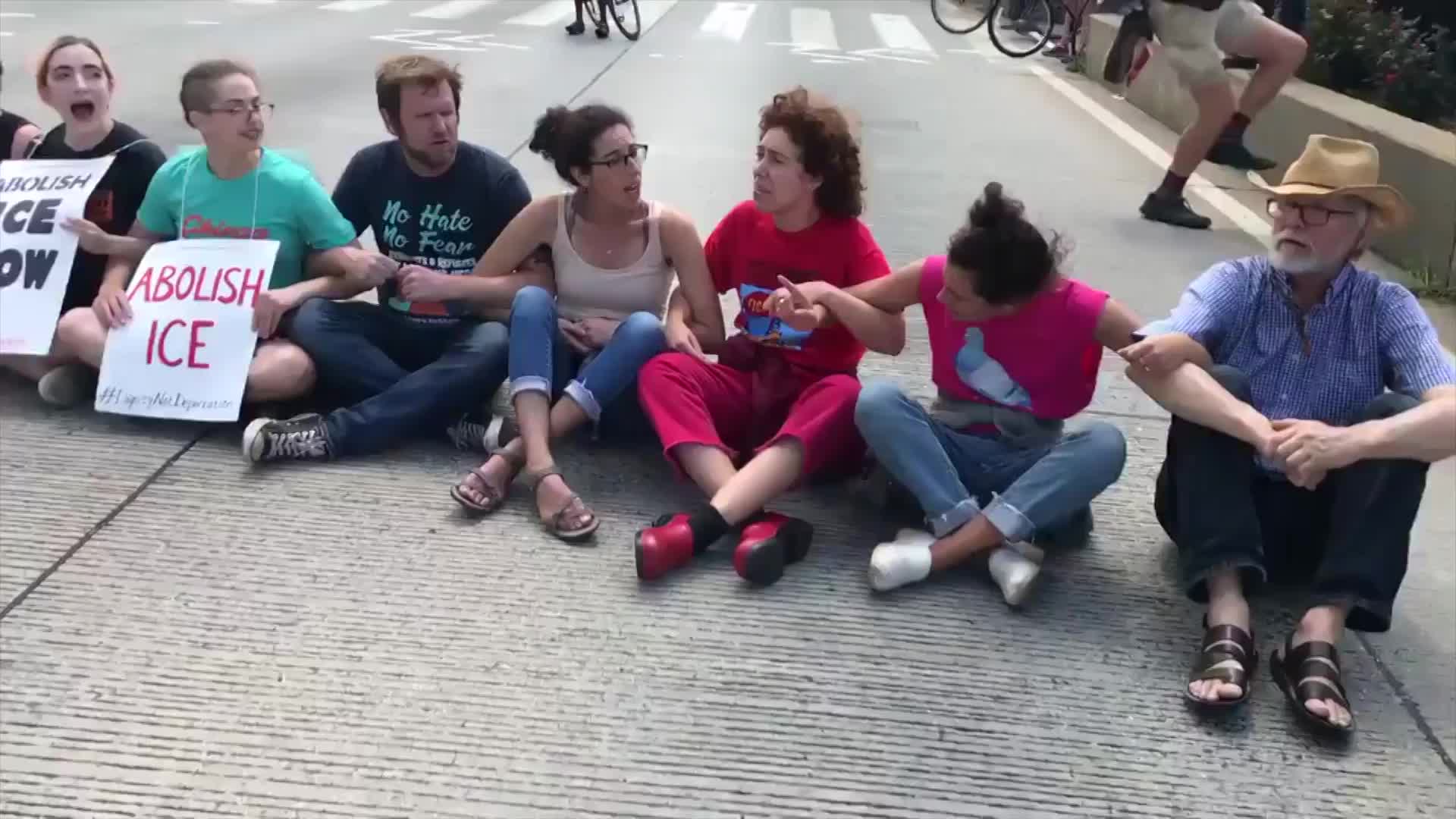 Dozens of people participated in an immigration rally in Manhattan, shutting down streets along the West Side Highway. (Twitter/@giligetz)

MANHATTAN — Police say 100 people were arrested during an immigration rally in Manhattan, shutting down streets along the West Side Highway.

Demonstrators took to the streets and marched along Chelsea, stopping traffic. Many are seen sitting along the streets, linking arms and holding signs such as "Abolish ICE" and "Close the camps."

NYPD officials told PIX11's Magee Hickey that 100 people were arrested and are expected to be charged with disorderly conduct.

Due to the protests, motorists should expect road closures and a heavy presence of emergency personnel along 12th Avenue and West 22nd Street in Manhattan. The closure at the West Side Highway and West 26th Street has since reopened.

The protests are demanding an end to Immigration and Customs Enforcement agents targeting thousands of migrants across the city, separating families and striking fear among immigration communities.

Motorists are advised to use alternative routes.

Due to police activity, expect road closures and a heavy presence of emergency personnel at 12th Avenue and West 22nd Street in Manhattan. The closure at West Side Highway and West 26th Street has reopened. Consider alt routes. https://t.co/7keJh6yOVM

West Side Highway wall-to-wall because of ICE protests... @NYPDnews needs to be doing some more diverting of traffic in the 30s and 40s https://t.co/0Cz0ZIiNsH pic.twitter.com/OmzGOHmB1L