LaGuardia Airport recovers from traffic gridlock, but it may not be over 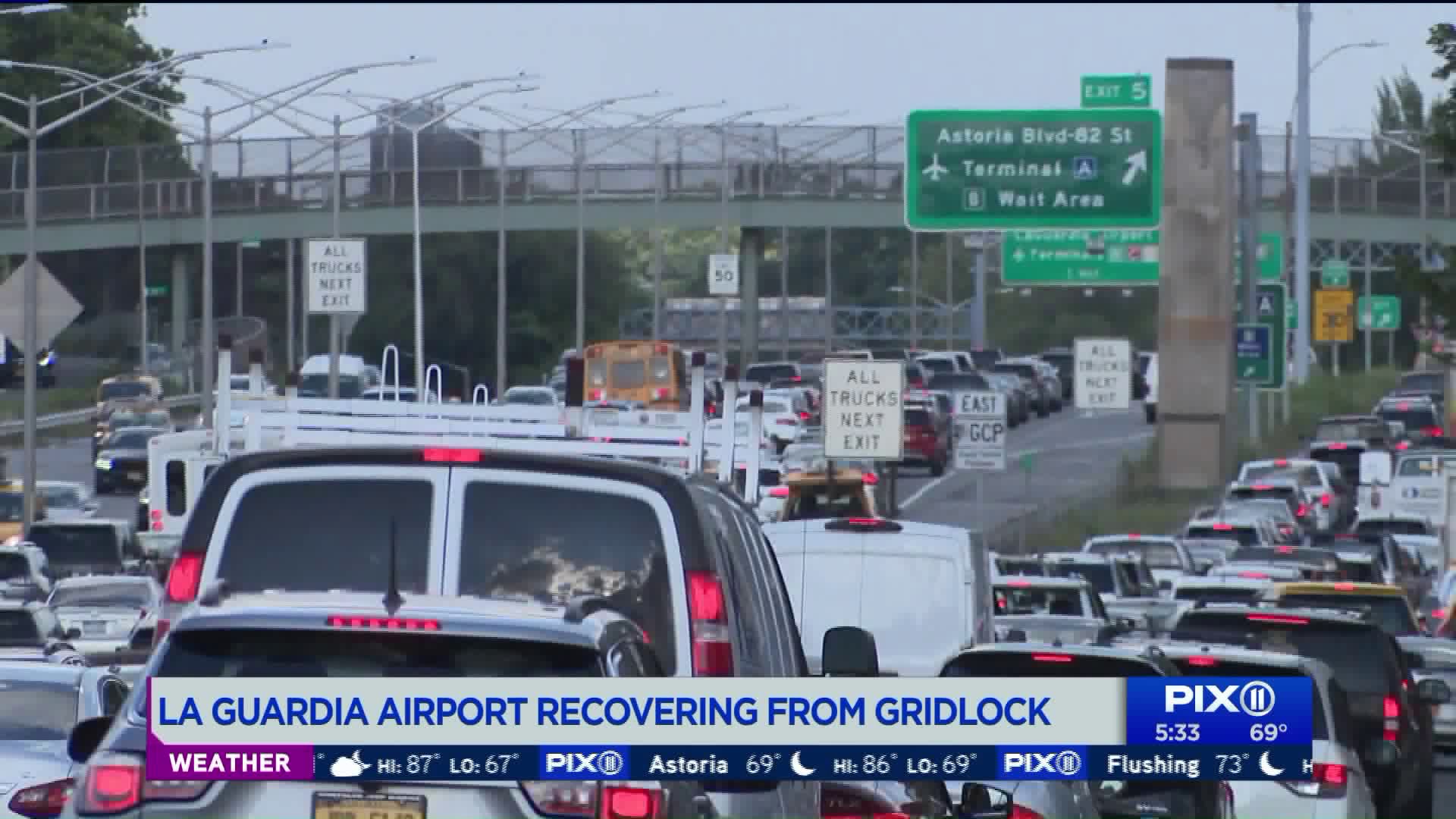 As the wild weather battered the tri-state area earlier this week, thousands of people trying to get to LaGuardia Airport felt the storm`s effects.

QUEENS — As the wild weather battered the tri-state area earlier this week, thousands of people traveling to LaGuardia Airport felt the storm’s effects.

People were forced to walk on the side of the highway with their luggage to get to the terminals because traffic got so bad. Drivers said they waited about an hour to get to the airport.

Recent storms forced over 300 flights to be canceled at LaGuardia Airport alone.

As travelers tried to get to their new flights, traffic was bottlenecked, leaving everyone frustrated.

The airport acknowledged the traffic, blaming the weather conditions, also adding that Thursday was the second busiest day in LaGuardia history.

Traffic was also impacted by construction on the airport’s new terminals and access roads, which are expected to be completed in 2021, so odds are an incident like this will likely happen again — possibly this weekend.