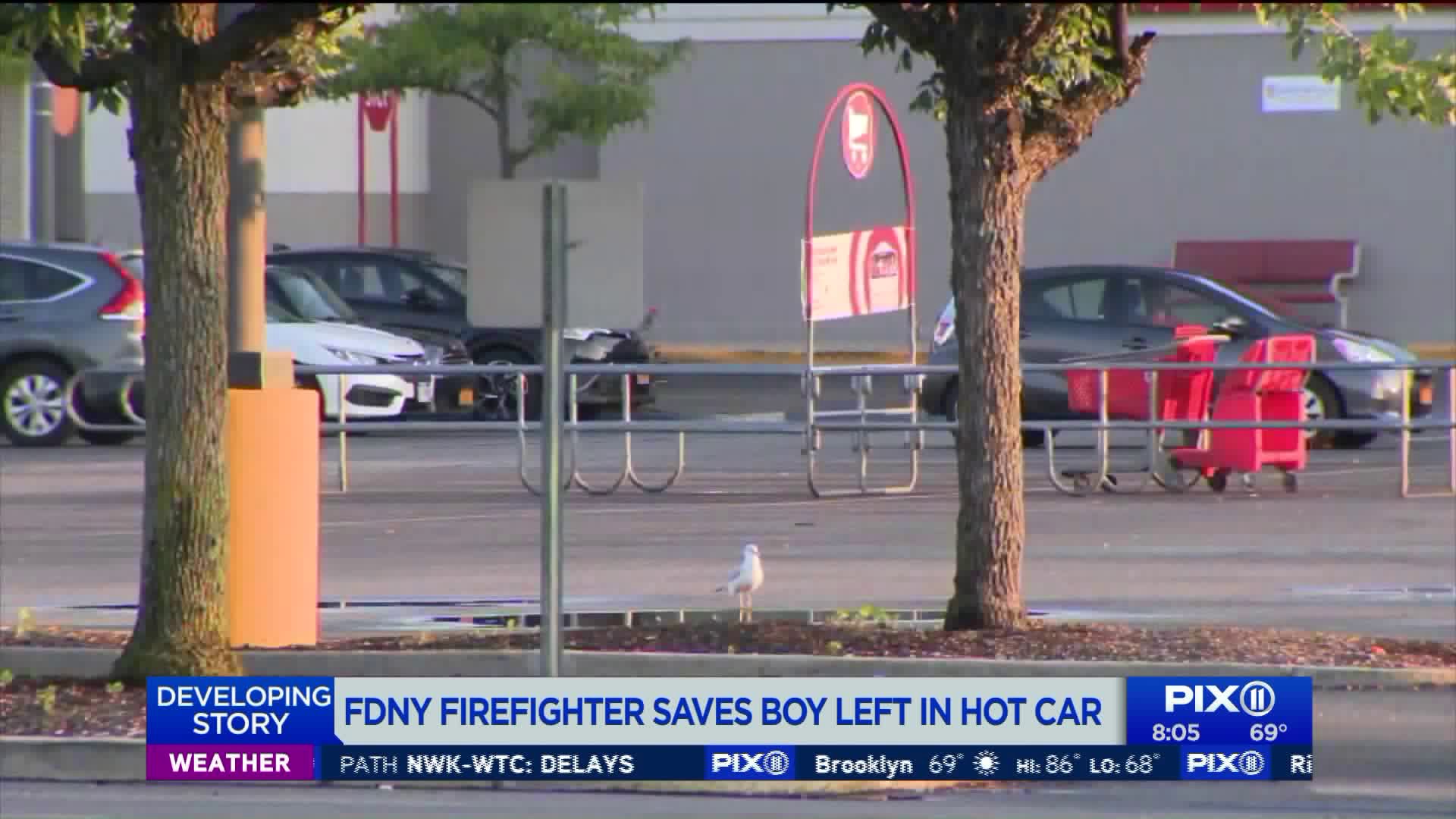 An FDNY firefighter was at the right place at the right time when a young boy was screaming for help while he was left in his dad`s sweltering car at a parking lot. 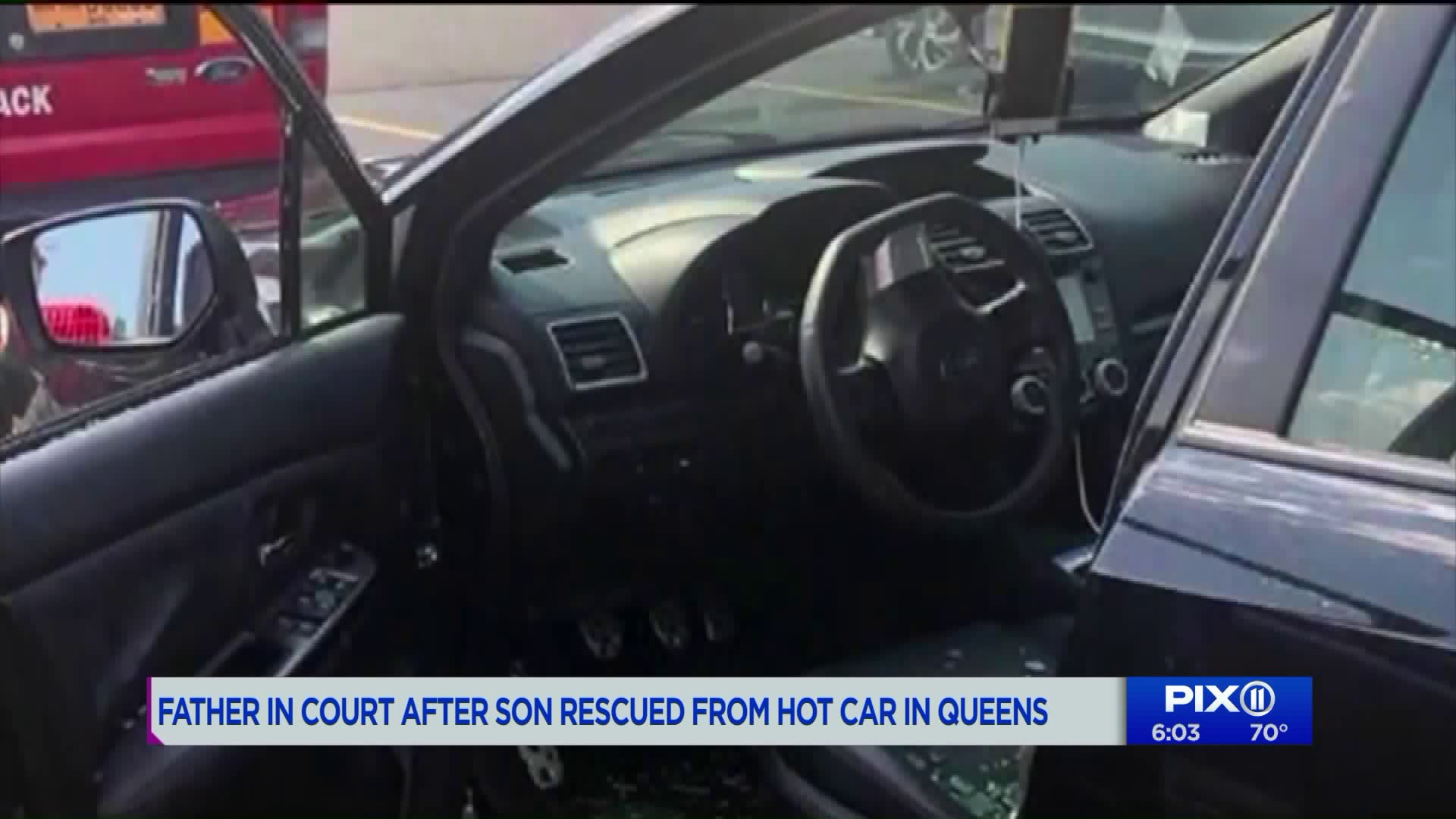 COLLEGE POINT, Queens — A firefighter jumped into action and rescued a 4-year-old boy from his father’s sweltering car in Queens.

FDNY Firefighter Matthew Clinton was on a break when he and two out-of-town firefighters heard a child screaming in a car in the parking lot of the shopping plaza along 20th Avenue near 132nd Street in College Point around 4 p.m.

"The kid was screaming that it was hot. You could see sweat on his face,” Clinton said.

During that time, it was about 91 degrees in Queens.

The 29-year-old firefighter asked someone in the crowd to get him an object to break the window.

He eventually smashed a window and unlocked the doors, freeing the boy.

The child was taken to Flushing Medical Center as a precaution, police said.

The boy’s father, Geremie Ram, told police he was went into the Target store to make returns and left his son alone for at least 15 minutes. He was taken into custody and is expected to be arraigned Friday.

So far this year, 30 children have died in hot vehicles across the country, with six in August alone. Last month in the Bronx, twin babies, Luna and Phoenix Rodriguez were left in their dad’s car when he allegedly forgot about them while he went to work.

The FDNY is reminding New Yorkers and everyone to never leave children alone in a car on a warm day. Event when outside temperatures are not hot enough to cause harm, the inside of a car can rise as much as 40 degrees within an hour.