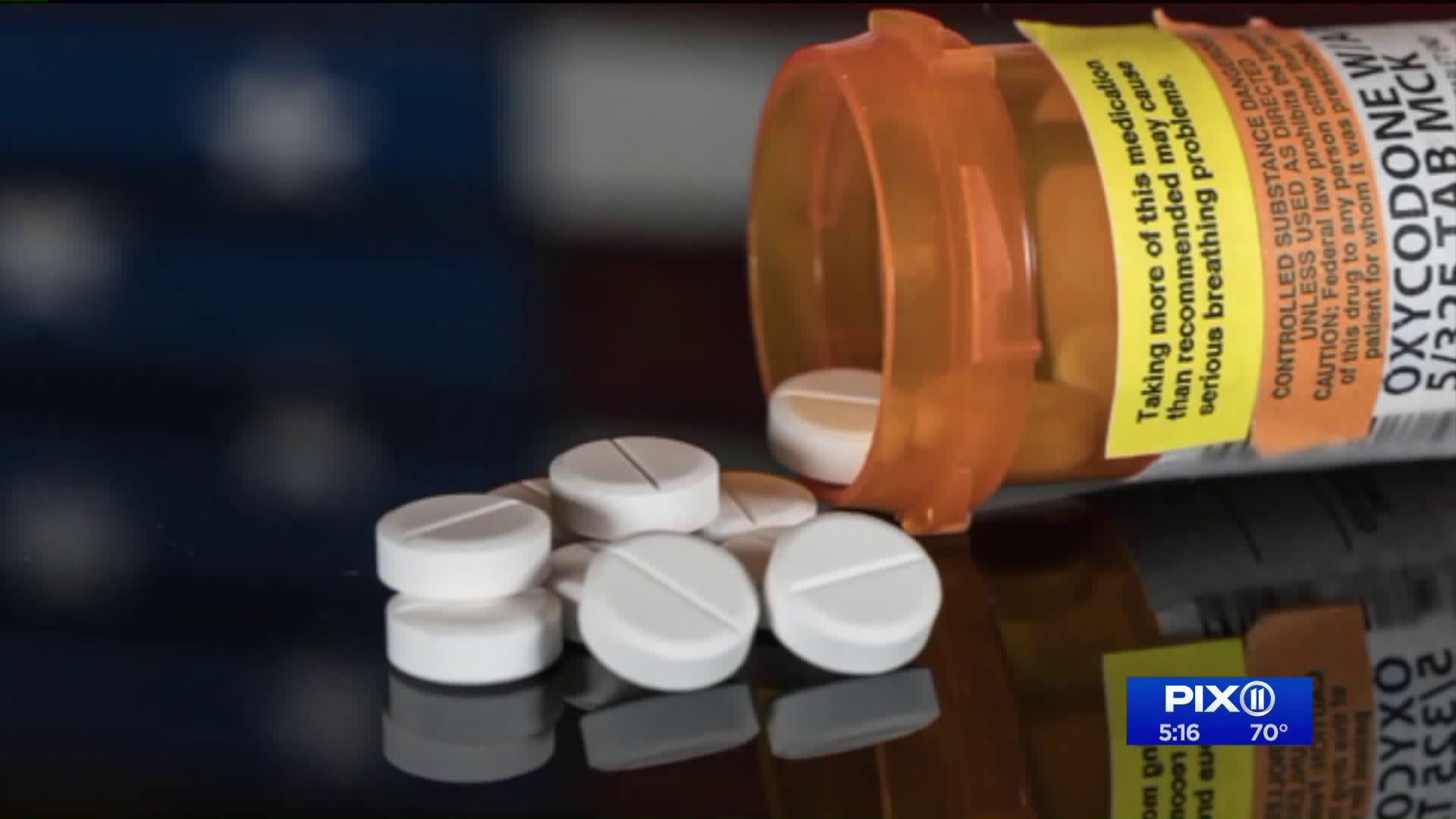 It`s an epidemic, but soon, opioid overdoses could be stopped in their tracks with a new vaccine being researched. James Ford reports.

BELMONT, The Bronx — It's the worst public health crisis that the tri-state region, and the country, have ever known, according to health care officials. Opioid abuse has left more than 11 million people nationwide addicted to the drugs, and it's led to 130 daily deaths across the country from overdoses, according to the Centers for Disease Control. Relief is sorely needed, and it may be on the way with a cutting edge vaccine — a study for which has just received $2.3 million from the National Institutes of Health.

Because of the opioid epidemic, one person dies every six hours in New York state, according to VOCAL-NY, a grassroots organization which, among its many missions, provides addiction recovery and treatment.

Shantae Owens is not only one of the group's activists and treatment experts, he said that he's a recovering opioid addict.

"I can tell you, it destroys a life," he said in an interview, in which he described struggling with opioids from the age of 11 to 35.

Owens says that he's one of the lucky ones.

He's alive to tell his story of recovery from a problem that's put him behind bars at various times, and for which "it takes years" to find some semblance of a normal life, he said.

He also said that he's seen numerous clients die from overdoses, many of which may have been due to the opioids that victims used being laced with fentanyl, a tranquilizing substance that is extremely toxic, even in small quantities, and which is increasingly found in illicit drugs.

Doctors Ofer and Sharon Levy of the Boston Children's Hospital are a married couple originally from the New York City area. They’re developing a vaccine-based treatment program that would prevent death among opioid users, or potential users, who encounter fentanyl.

"Antibodies in their blood would block the fentanyl, [and] stop it from getting into the brain," said Ofer Levy, MD, PhD, about the vaccine his lab is developing, "where it suppresses your breathing and kills you."

He's the director of the Precision Vaccines Program at Boston Children's, and his wife, Sharon Levy, M.D, MPH, directs the Adolescent Substance Use and Addiction Program, or ASAP, at the hospital. In full disclosure, both are friends of this reporter.

Together, the couple is using his expertise in creating highly targeted vaccines with her expertise and experience treating and researching adolescent, teen, and young adult drug abusers and addicts.

The Levys are developing the vaccine that's intended primarily for use in that age demographic — adolescents, teens, and young adults. The couple is also working closely with their Boston Children's colleague, David Dowling, PhD., in collaboration with the University of Houston and Innimune, a Montana-based company focused on immunotherapeutics.

Based on her research, Dr. Sharon Levy said, "Some people will have relapse" from abstaining from opioids, even as they try to end their abuse.

The vaccine is intended to block brain receptors from fentanyl.

"If they do relapse," said Dr. Sharon Levy, "they won't overdose and die. They'll be protected from that until they can get back on their feet again."

Counseling, group activities, training in problem-solving, and other elements are also part of the process of overcoming opioid addiction, according to the Levys.

New York State's top substance abuse prevention expert agreed that, in conjunction with other programs, the Levys' vaccine could be a valuable element in helping to solve the opioid crisis, by helping people who have relapsed get free from another, potentially lengthy episode of addiction.

"If there's something that can be done," Coppola said, "and we can prevent that addiction from happening, wow, that would be just fantastic."

Coppola made his comments in an interview with PIX11 News after he testified at a New York State Senate hearing at St. Barnabas Hospital here on Friday. It focused on the challenges the state faces in trying to overcome the opioid abuse epidemic.

Few people know the challenges better than Shantae Owens, the drug treatment counselor who is himself a recovering addict. He was among a few dozen people with the VOCAL-NY organization who held a demonstration and news conference before the state senate hearing began, calling for more resources to fight the epidemic, and to prevent it from growing.

Regarding the vaccine, Owens said, "This new thing, I'd like to see more research on it."

The Levys said they're "cautiously optimistic" about the vaccine's prospects. It's a pilot program that will initially last two years, but could very well take much longer than that in order to reach fruition, through trials, tests, and reviews.

Still, from the medical experts involved in the project, to a recovering addict and treatment counselor, to the state's top addiction treatment expert, all agree that it's an important step in the right direction.