Storm results in nearly 300 reports of tree troubles around NYC 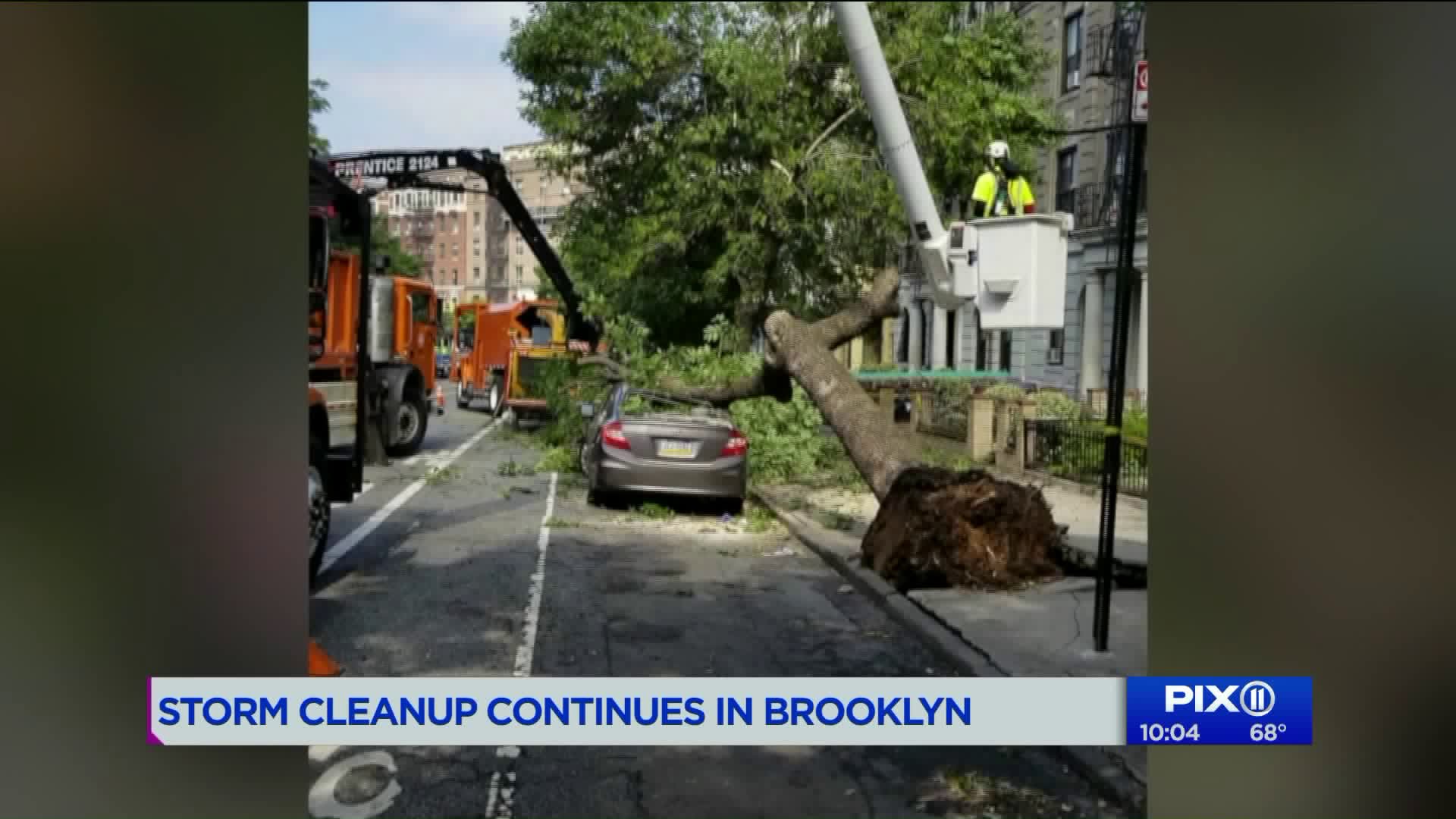 Storms leave their marks... on the cars, in the trees, along the sidewalks of Crown Heights Brooklyn.

Proof of the wild weather remains along the sidewalks, in the trees, and on the cars around the city.

"It was a different kind of storm," said Mike Jones with the St. John's Block Association in Crown Heights, Brooklyn.

NYC Parks Department is responsible for the care of city trees in the right of way. As of Thursday afternoon, it had received reports of 298 tree issues across the city.

That includes reports of 93 trees down, 49 hanging limbs, and 156 limbs down.

Some neighbors in Crown Heights say they have repeatedly reported aging and overgrown trees.

"We need some maintenance," said Mike Jones as he looked at the trees along St. John's Place. He remembers planting some of them in front of the apartment building where his family has lived for decades.

In 2015, NYC Parks began a major initiative to log and map every street tree. Crews also respond daily to reports.

Fallen or damaged trees can be reported through NYC Parks’ tree service request system, by calling 311, or 311 Online.

Report branches or limbs that are cracked or trunks that have split or are leaning.