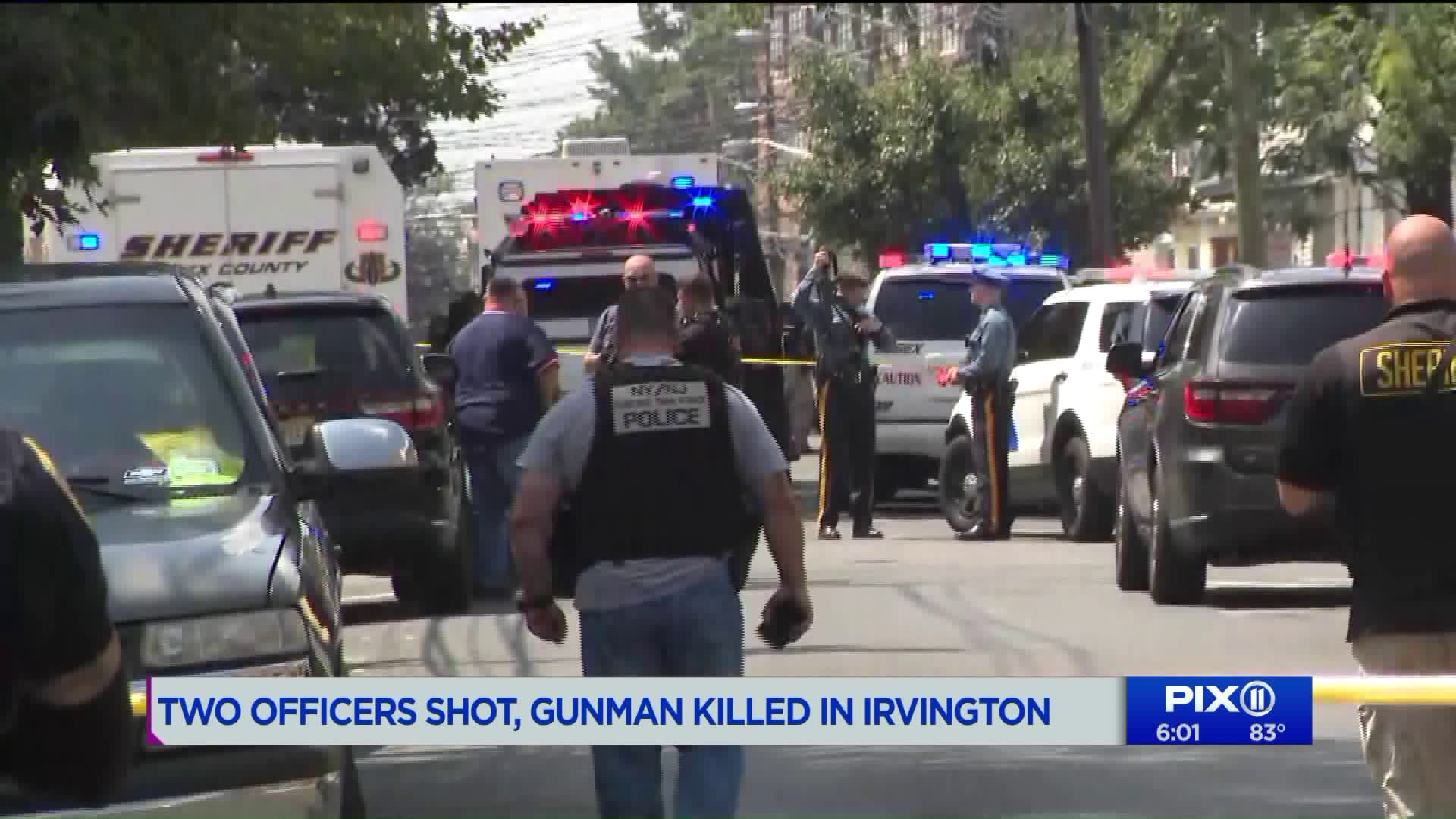 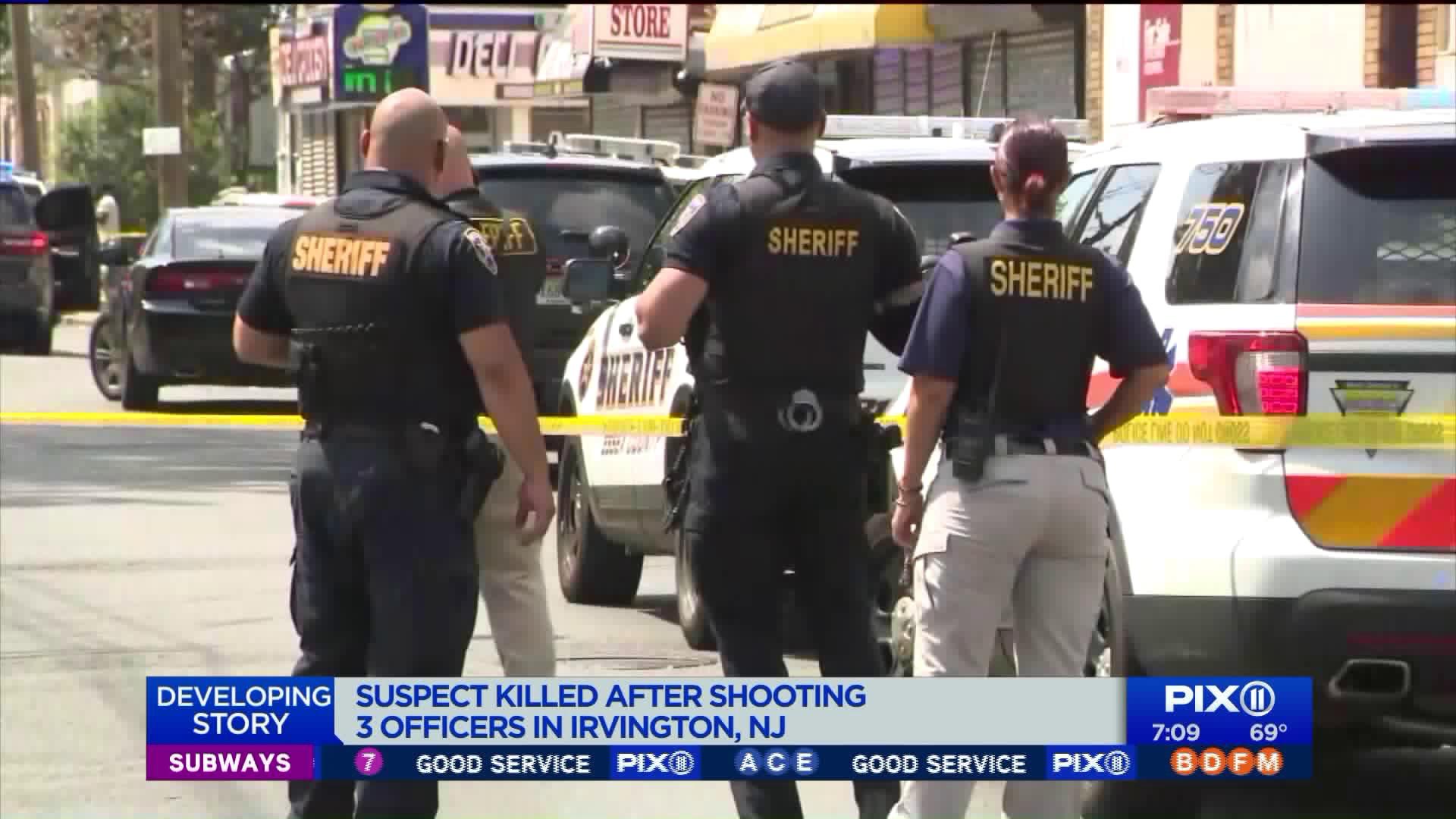 IRVINGTON, N.J. — A man armed with an assault rifle and body armor is dead after killing one man, and wounding at least two police officers here Thursday morning, according to local authorities.

The Irvington officer was shot in the leg, and another officer was grazed in the arm during the shootout on Myrtle Avenue near West Grove Terrace, around 11:40a.m., eyewitnesses said. They called the situation incredibly dangerous.

“The gun he got was a long gun,” said Jude Memeh, who happened to be driving by as shots rang out. “I estimate 20 or 25” rounds of ammunition were used by the suspect, according to Memeh, the founder of a cable access show, We4We TV. He recorded video of the scene that residents called volatile because of the hail of bullets.

“Back to back. Pop, pop, pop, pop,” is how Elijah Irby, who lives a few doors down from the scene described what he’d heard and seen.

It was “a long time,” he continued. “Long enough for it to be shooting in the streets in broad daylight with a lot of innocent people. Anybody could’ve got hit.”

The officer who was shot in the leg was taken to University Hospital in Newark with non-life-threatening injuries, according to the Essex County Prosecutor's Office. One other officer was grazed by a bullet, and six other cops were transported to the hospital for evaluation.

Kaizen Crossen, a 39-year-old man who was wearing a flak jacket, sustained multiple shots to his leg, according to Tony Agosto, the chief operations officer of Virgo Medical Services.

Crossen was hit by a bullet in the main artery of his left leg, Agosto said. “It looks like he was bleeding as he moved around,” Agosto told PIX11 News.

“We couldn't get him back,”he continued, “So he ended up being pronounced [dead] at the hospital.”

A rifle was also recovered, according to the local municipal Irvington council member Paul Inman.

The circumstances leading to the incident were not immediately known.