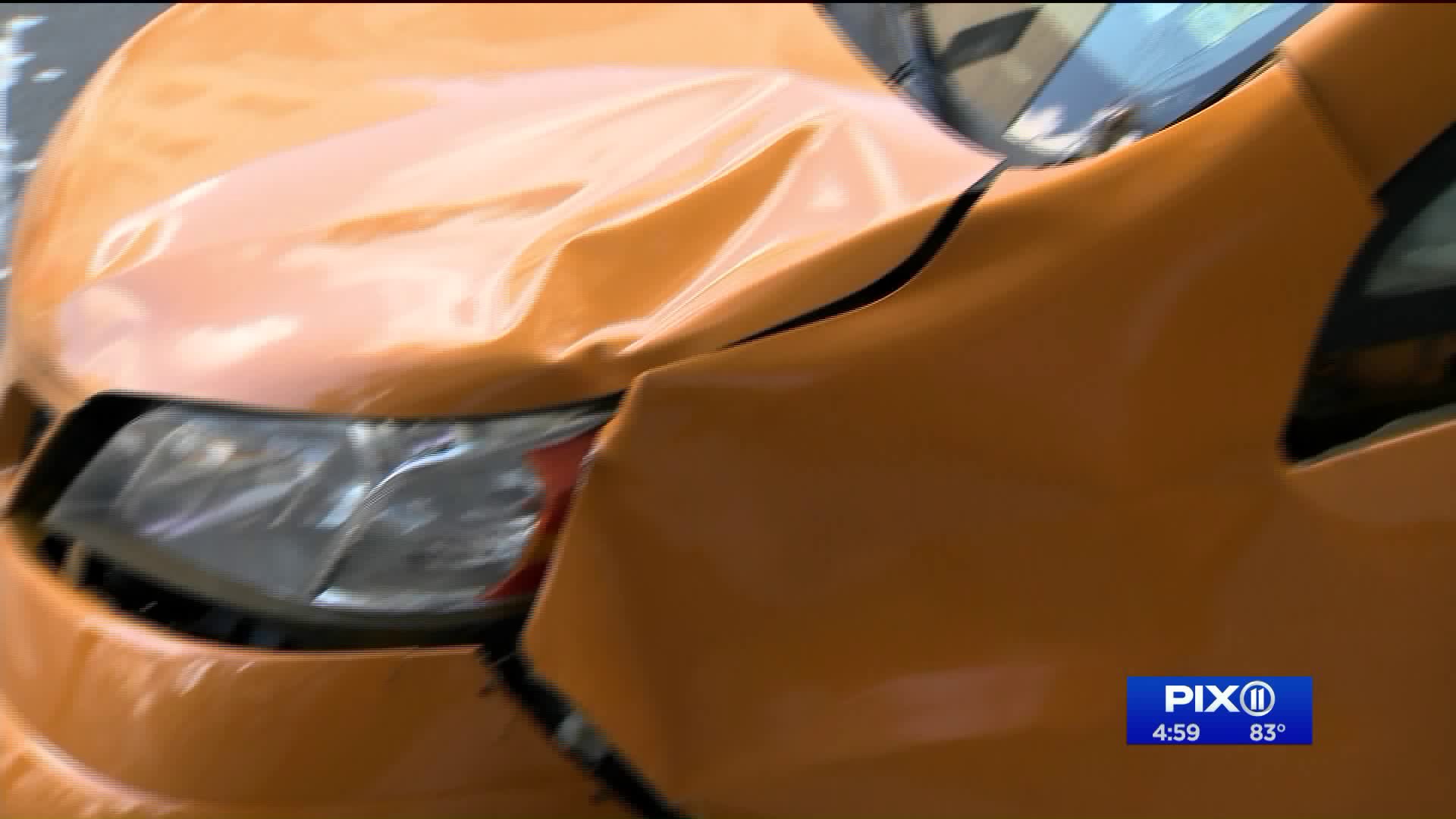 A 77-year-old woman was fatally struck by a cab driven by an 82-year-old man on Thursday, police said.

CHELSEA, Manhattan —A 77-year-old woman was fatally struck by a cab driven by an 82-year-old man on Thursday, police said.

Irish Crespo went into cardiac arrest after she was hit near Eighth Avenue and 22nd Street, officials said. She was using a cane to help herself cross. Crespo was rushed to NYC Health + Hospitals/Bellevue where she was pronounced deceased, police said.

He was taken into custody and faces charges of leaving the scene of an accident, failure to yield to a pedestrian, failure to obey a traffic signal and fail to exercise due care, according to police.

Officers had closed down Eighth Avenue for about four hours while investigating.