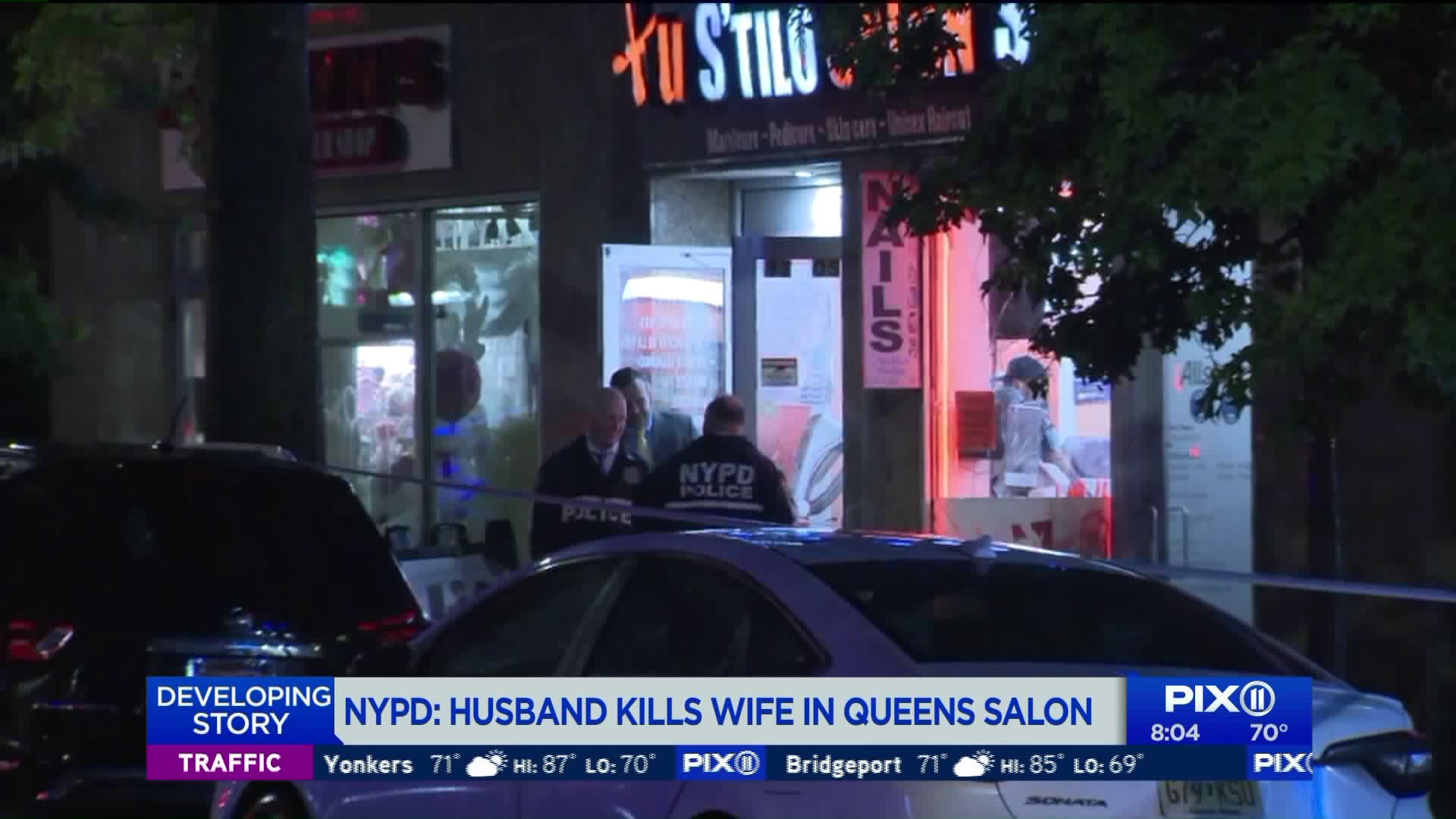 A 35-year-old woman was stabbed multiple times by her husband while working in a Jackson Heights salon Wednesday night, police said. Authorities said the woman was taken to an area hospital where she was pronounced dead. Officers found the man laying on his wife`s body with a cut to his arms and he was hospitalized, police said. Once released he`ll be taken into police custody. 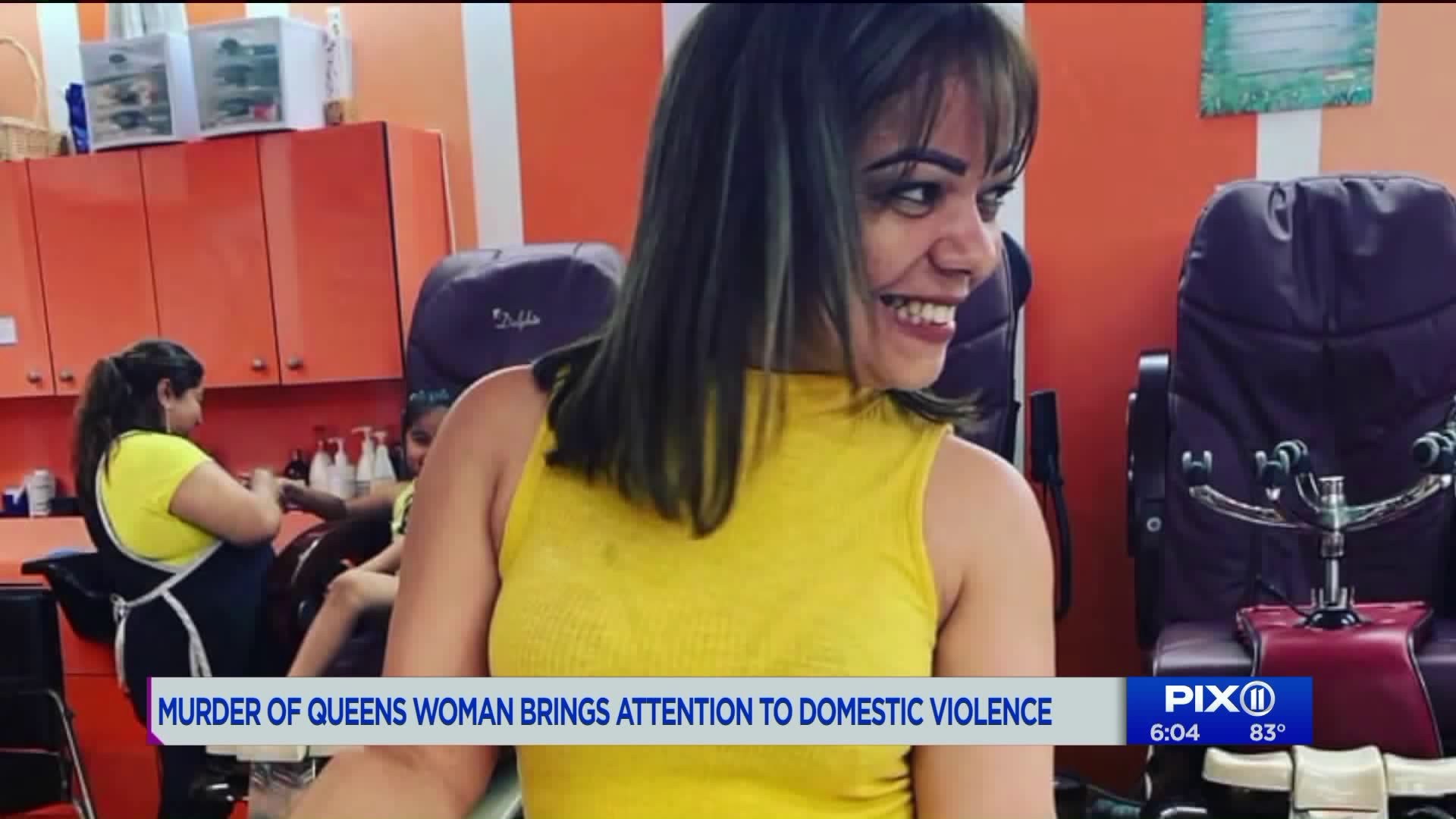 JACKSON HEIGHTS, Queens — A Queens man was arrested after allegedly stabbing his wife to death in the salon where she was working Wednesday night, police said Thursday.

Officers found Carmen Iris Santiago, 35, on the floor of the Jackson Heights salon around 7 p.m. with multiple stab wounds to her torso, officials said.

She was rushed to NYC Health + Hospitals/Elmhurst where she was pronounced dead, according to police.

Officials arrested William Rivas, 39, and say he'll be charged with murder and criminal possession of a weapon.

Santiago, who was a mother of two, was working at Tu S'tilo Salon on 37th Avenue, near 93rd Street, when her estranged husband came in from the back door, the salon's owner, Lourdes Salazar, told PIX11 News Thursday.

Salazar said Rivas seemed intoxicated when he entered the salon. The owner threatened to call the police and tried to stop him, but he pushed her to the floor, she said.

That's when he started stabbing his wife multiple times, Salazar said. Looking at his wife bleeding on the floor, Rivas then cut his own arms, according to the salon owner.

When officers arrived, they found Rivas on top of his wife's body with a laceration to at least one of his arms, authorities said.

Rivas was taken into police custody at the scene and hospitalized for treatment, authorities said.

Salazar said Santiago had been trying to divorce Rivas, but that he wasn't accepting it. According to Salazar, Rivas used to drive by the salon to intimidate his wife.

The salon owner said she tried to convince Santiago to go to the police prior to Wednesday night, but that she was reluctant.

If you or anyone you know may be a victim to domestic violence, you can call the city's 24-hour hotline at 1-800-621-HOPE or 311 for more information. Organizations such as Safe Horizon.  Since 2016, Safe Horizon and the NYPD's Crime Victims' Assistance program have reached over 100,000 people.

Another alternative is going to family court. Each family court in the city, advocates are standing by, ready to help people who are in fear, finding the solution that is best for them and their family.

Anyone in immediate danger should call 911.

Clarification: An earlier version of this story identified the victim as "Iris Rodriguez," per an initial report from authorities.