Texas congresswoman: ‘I refuse to be an accessory’ to Trump El Paso visit 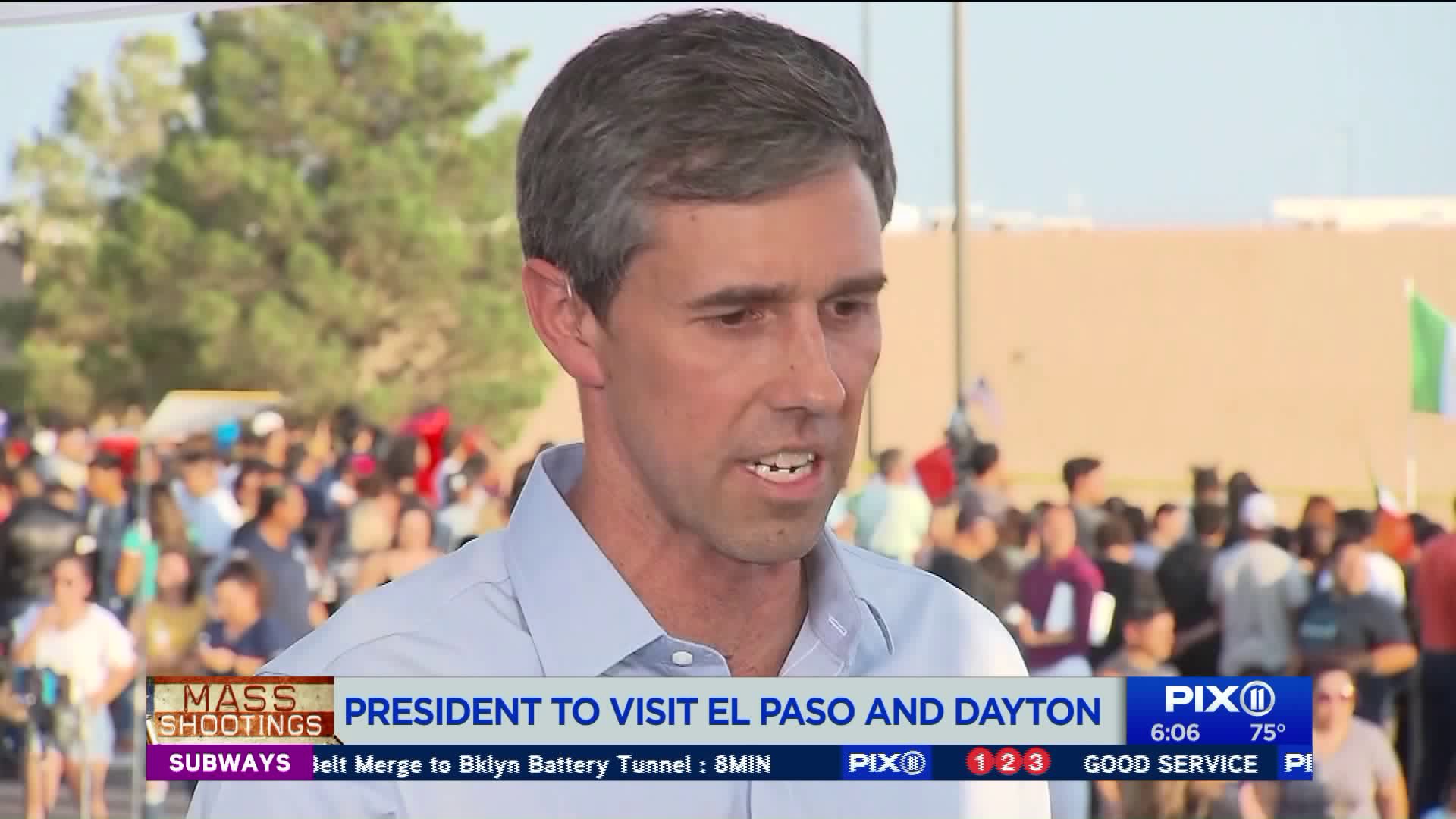 President Donald Trump is bringing a message aimed at national unity and healing to the sites of the mass shootings in El Paso and Dayton. But the words he offers for a divided America will be complicated by his own incendiary, anti-immigrant rhetoric that mirrors language linked to one of the shooters.

Democratic Rep. Veronica Escobar of Texas on Tuesday said she declined an invitation to join President Donald Trump on his upcoming visit to El Paso, Texas, as the city recovers from a mass shooting.

"I declined the invitation because I refuse to be an accessory to his visit," said Escobar, who represents El Paso. "I refuse to join without a dialogue about the pain his racist and hateful words & actions have caused our community and country."

Trump's visit to El Paso Wednesday comes after a man opened fire at a shopping center, killing 22 people on Saturday. A 21-year-old white supremacist is in custody in the domestic terrorism case. In a televised address Monday, Trump called on the nation to "condemn racism, bigotry and white supremacy" but stopped short of acknowledging his own divisive and racist rhetoric.

"I don't know that he gets it, Chris. His words have incredible power. You walk through all of these families, you walk through to this memorial, you'll see people in pain. I talked to a veteran earlier who said, 'I'm being made to seem as though I'm not American,' " she said. "The language that he uses to describe immigrants and Hispanics dehumanizes us."

I was told that @realDonaldTrump is “too busy” to have that conversation.

I declined the invitation because I refuse to be an accessory to his visit. I refuse to join without a dialogue about the pain his racist and hateful words & actions have caused our community and country.

Escobar, who told MSNBC Monday that Trump wasn't welcome in her community, tweeted that she requested a phone call with the President to "share what I have now heard from many constituents" but was told he was "too busy."

"I have publicly said he has a responsibility to acknowledge the power of his words, apologize for them, and take them back because they are still hanging over us," Escobar said. "I asked for a call so I could say this to him over the phone and ask for a dialogue that could lead to healing."

Escobar told Cuomo on Tuesday night that her proposed phone call with Trump would've been an opportunity for him to "hear what is happening."

"He called other elected officials here, the media has reported it. So he had nothing on his schedule today. Ten minutes. Ten minutes. And I'm not saying that he had to talk to me. I wanted him to hear what is happening," she said. "If he were to walk through all of this pain, this sea of beautiful humanity that is suffering and is in pain, maybe it would open up the compassion in his heart, and he needs to feel compassion."

Escobar's criticism joins that of Democratic presidential candidate and El Paso native Beto O'Rourke, who has also urged Trump to not visit the city.

"The things that he has said both as a candidate and then as the President of the United States, this cannot be open for debate," he said.

White House counselor Kellyanne Conway told reporters at the White House on Monday the purpose of Trump's visit to El Paso is to express his condolences and help provide resources. Trump will also visit Dayton, Ohio, on Wednesday, where another mass shooting occurred Sunday that killed 9.

Escobar ended her tweet thread Tuesday stating that during Trump's visit she plans on "spending time with fellow El Pasoans who are dealing with the pain and horror left in the wake of this act of domestic terrorism fueled by hate and racism."