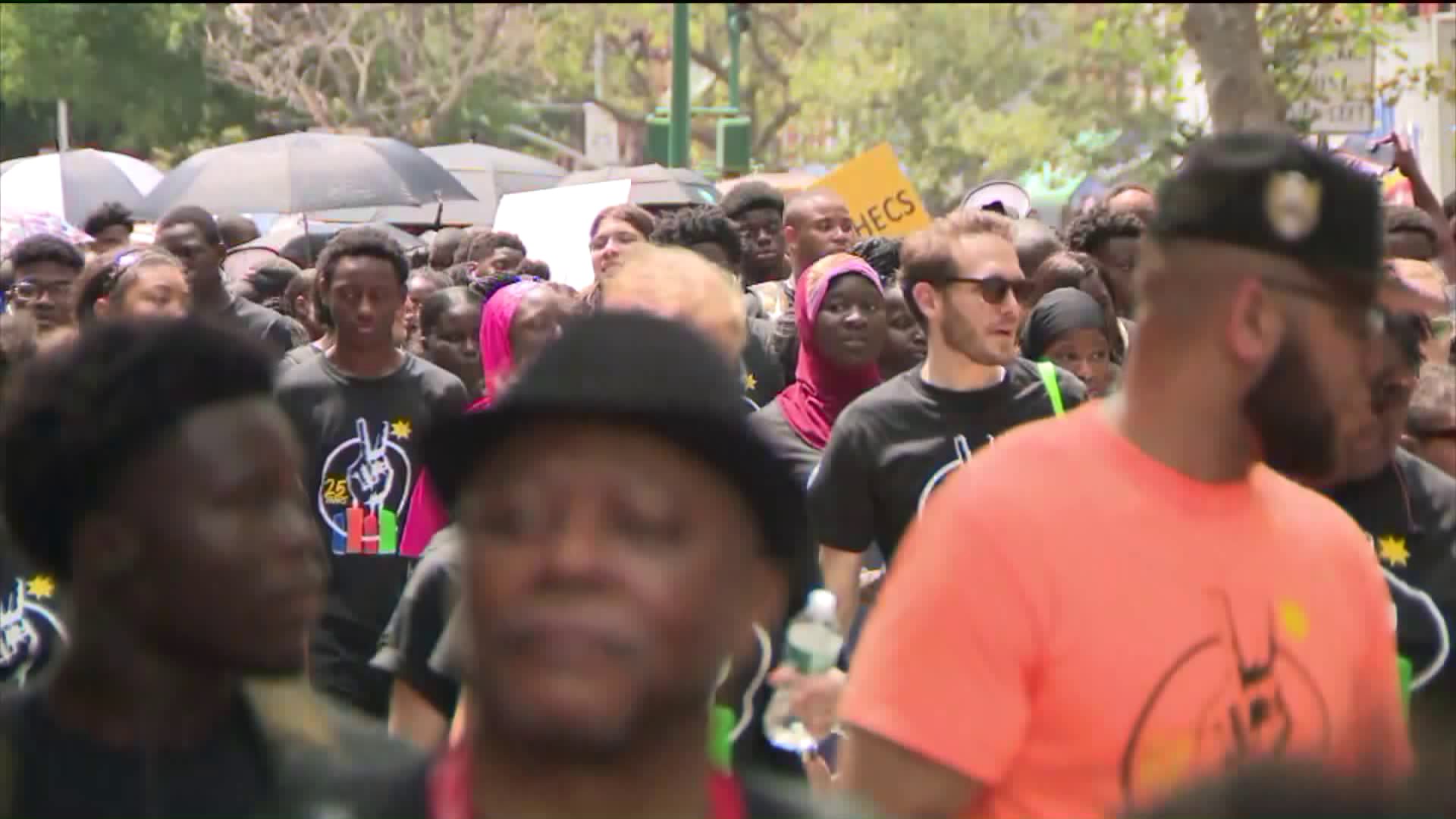 Thousands of students, teachers and community advocates hit the streets in Harlem today for the annual Children`s march for peace.

HARLEM — They came from Brooklyn, Queens, Manhattan, Staten Island and the Bronx.

As many as 4000 children marching with one message: gun violence is not the answer. The 25th annual Children’s March for Peace swarmed the streets of Harlem Wednesday, taking over a good stretch of Adam Clayton Powell Boulevard from 117th Street up to 142nd Street.

Students and parents from the local organization “Harlem Children’s Zone” came together to not only call an end to gun violence - but to lash out at the gun culture some say has become a norm throughout the country.

“There is a problem going on and we need to stop it and it’s just something we cannot sit around and watch,” student and march participant Jeelah Turner-Cephus told Pix11.

In its 25th year, the children’s march for peace happens in wake of 2 mass shootings that have left many in the country- especially kids - asking why?

“It made me feel very unsafe to go to school,” Turner-Cephus said. “Or even go to the corner store.”

Student Nakim Ryan believes the person to blame for all this, is President Trump.

“He is the head of the country and he needs to take accountability for it,” he said. “Trump needs to stop buckling down on loosening regulations on gun policies - that’s what he needs to focus on.”

Despite crime being at a two-decade low in New York City, gun violence is up. So far this year, according to NYPD stats, 521 people have been shot in New York City which includes a mass shooting that killed 1 and left 11 others wounded nearly two weeks ago in Brownsville. That’s up from 441 shootings from the same time a year ago.

The students were reminded that if they want to see a change they are going to have to be part of it.

“What I am saying to them is you are the ones who could do this, you just gotta step into your power and own it,” Manhattan district attorney Cy Vance, who attended Wednesday’s rally, said.