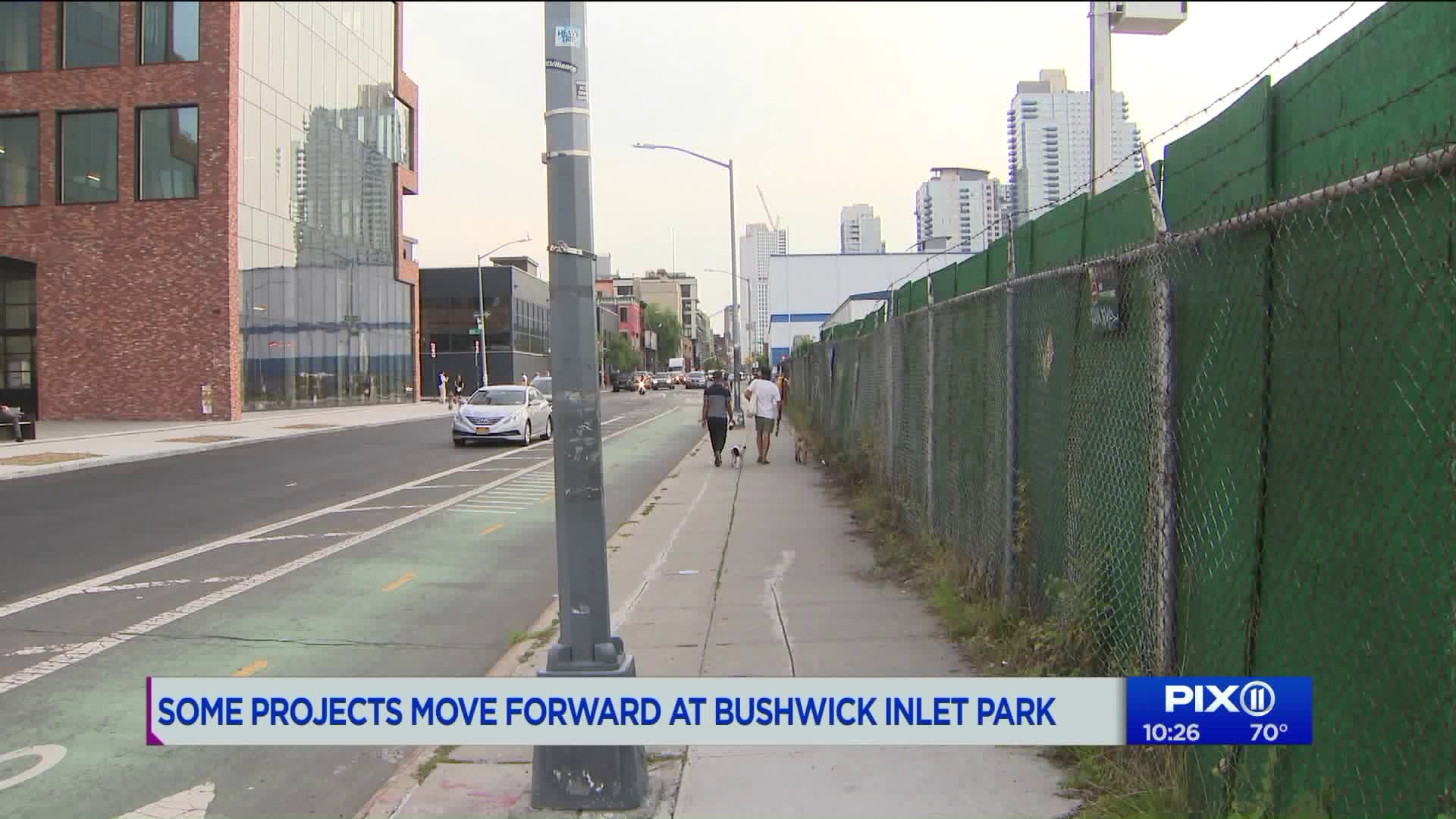 Some new park projects move ahead along the Brooklyn waterfront

WILLIAMSBURG, Brooklyn — Some new park projects move ahead along the Brooklyn waterfront.

Bushwick Inlet Park has been years in the making. The more than 25-acre stretch along Kent Avenue from Williamsburg to Greenpoint has been a work in progress since the city promised to carve out the park during rezoning more than a decade ago.

This week, a section of the project took another step forward. Crews began demolishing old fuel storage tanks at the corner of N 12th Street.

Some people had hoped the reinvented structures could be part of the new park.

"New York is a city of repurposing. It is a city of future and adaption and of taking the ruins and turning them into great things," says Zac Waldman.

Waldman and some other designers had been presenting the idea of reimagining this specific area and converting the tanks into performance spaces, galleries and sculptures. They developed proposals that said the area could be safely transitioned into a place that told the story of its history as a industrial and artistic space.

City officials have said the ground needs to be tested and cleaned. Demolition of the tanks began at the beginning of August.

"I knew that it meant the park was going forward. Once they get the tanks down they can start to test the ground to see the kind of remediation," says Katherine Thompson with Friends of Bushwick Inlet Park.

Some areas have previously been developed, including sports facilities and green space. The area known as 50 Kent, which has been home to a temporary park, is in its final design phase and should be worked on next.

Additional community meetings and presentations will be set as the final segments head into development.