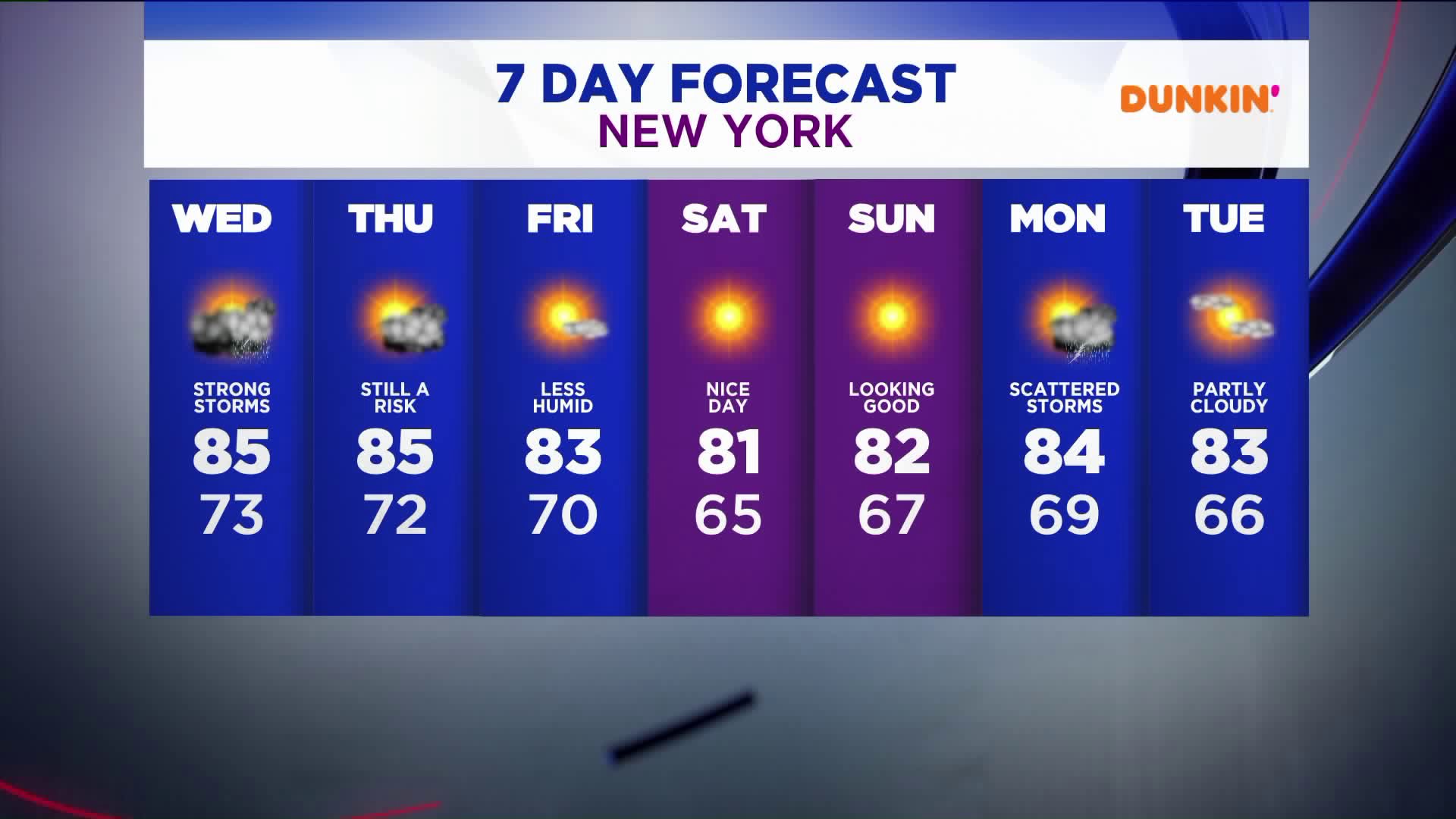 A severe thunderstorm watch is in effect for New York City, Long Island and parts of the northern suburbs and New Jersey.

The watch is set to end at 9 p.m., according to the National Weather Service. Damaging wind gusts and large hail are possible and there's a low risk of an isolated tornado.

There's also a severe thunderstorm warning in some areas west of the city.

Heavy downpours could lead to flash flooding in some areas.

Wednesday night will be partly cloudy with a low temperature of 72 in the city, mid 60s in the suburbs

Thursday will be partly sunny with another round of showers and thunderstorms developing ahead of a second cold front that will pass through the region later in the day.  The high temperature will be 85 in the city, mid 80s in the suburbs.

Friday will be partly cloudy and less humid as high pressure will move into the area from the west.  Temperatures will be comfortable with a high of 83 in the city, low 80s in the suburbs.

Saturday will be mostly sunny and pleasant as high pressure will dominate the weather for the region.  Temperatures will be in the low 80s for much of the area.  Humidity levels will be very low making it feel more like September than August.

The pleasant weather continues into Sunday as temperatures and humidity levels will continue to be on the low side.  The high will be 82 in the city, low 80s in the suburbs.

Monday will be sunny early followed by increasing clouds in the afternoon as showers and thunderstorms develop late in the day ahead of a weak cold front.  The high will be 83 in the city, low 80s in the suburbs.