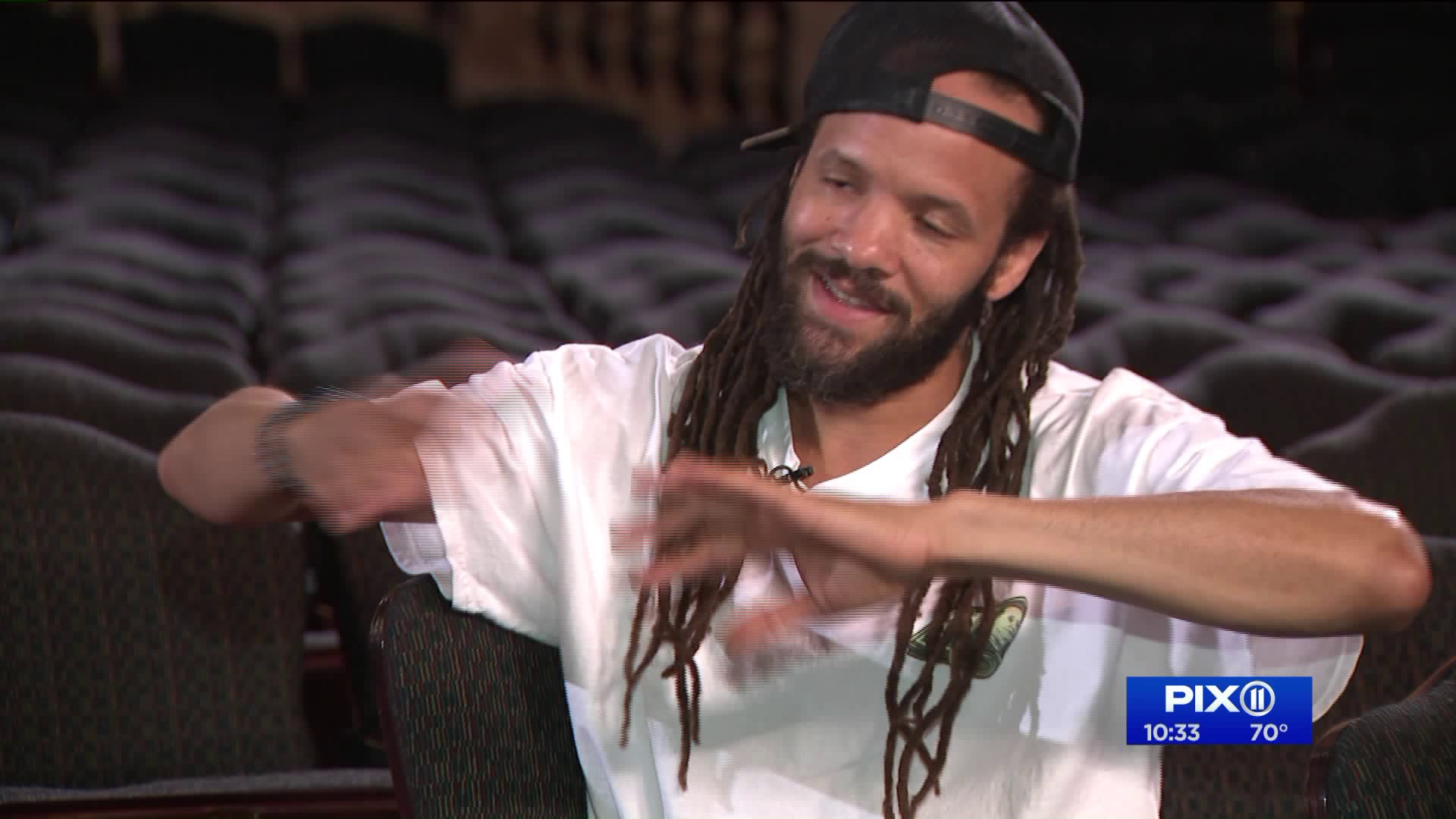 Local icon and tap dance legend Savion Glover is directing a revival of "The Tap Dance Kid," the musical which launched his career more than three decades ago.

NEWARK - Local icon and tap dance legend Savion Glover is directing a revival of "The Tap Dance Kid," the musical which launched his career more than three decades ago.

The show premieres at the New Jersey Performing Arts Center on September 13th.

His career has been as prolific as it has been influential. Actor, choreographer and tap dance icon. Glover’s tap style is unique to say the least, hard-pounding, loud, freestyling and most of all, passionate. His career has spanned 35 years. Along the way, he’s earned high praise for roles in “Jelly’s Last Jam” and "Happy Feet." He picked up a Best choreographer Tony for the musical “Bring in ‘Da Noise, Bring in ‘Da Funk.”

He spoke to PIX11 at length inside Newark Symphony Hall, where Glover has fond memories of his youth, attending many shows at the historic venue. His mother and grandmother, who he says has served as role models, encouraged him to follow his passion.

"What you witness is the entertainer but I have a service here to this earth, to myself and to my creation," says Glover philosophically.

It all began with his Broadway debut in 1984, “The Tap Dance Kid." He was just 10 years old. He played Willie, a boy who dreams of becoming a dancer.

His cast is a group of talented student performers. The kids say he is encouraging and hands-on.

"We never know what's going to happen because he's so spontaneous and ideas just come to his mind out of nowhere and it's incredible he's an absolute genius," said Victoria Csatay. The 15-year-old plays Carole in the revival.

"Truly, it's a huge honor to be working with him the speeches and lessons he gives is overwhelming and very exciting," said 19-year-old Amari Key, who plays Dipsey.

Audiences are used to seeing Glover as a dynamic entertainer but his greatest role may be that of teacher. He started a tap dance school in Newark, buying the very building where he first learned to tap. Newark is where he was raised, is and always will be home.

“I’m born here I’m blessed to be who I am I don’t need to go other places to share that," said Glover.

Part of what drives his motivation to teach is the teachers who taught him dance. A list of legends that includes Gregory Hines and Jimmy Slyde. “My teaching has very little to do with the physical aspect of tap dancing," said Glover. "It allows me to show someone how to express themselves."

"He says that there is two types of tap dancing one for entertainment and the one that is more soul tap dancing to tap how you feel, not necessarily to please others," said Csatay. "I always learned the entertainment factor but now I'm learning more about incorporating more how I feel into how I tap."

Glover says he improvises a lot in performing and teaching. It's about developing the youth and not just the skill.