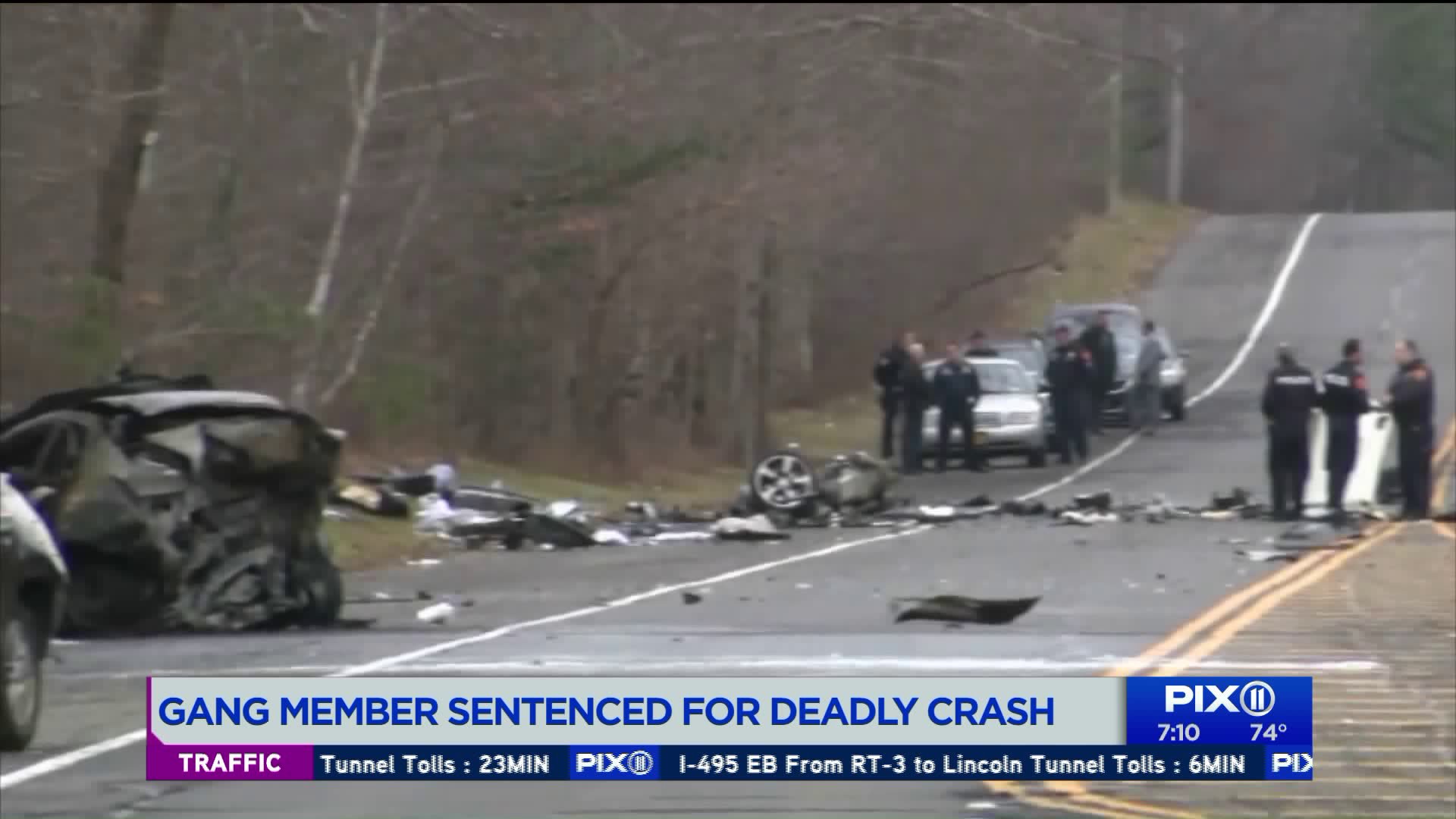 Jamel Turner was sentenced to 27 years in prison for killing five people and causing serious injury to a sixth person in a crash on Long Island in 2018.

CENTRAL ISLIP, N.Y. — The driver who killed five people in a 2018 crash on Long Island was sentenced to 27 years in prison, the Suffolk County District Attorney announced.

Jamel Turner, 25, pleaded guilty to five counts of aggravated vehicular homicide, six counts of assault, one count of driving while ability impaired by drugs and criminal sale of a controlled substance, according to District Attorney Timothy Sini.

On Feb. 14, 2018, Turner was driving a vehicle that was reported stolen when he crashed into a Mazda on Route 25 in Ridge.

He then struck an oil truck driving the opposite direction, and the Mazda struck another vehicle.

Turner had been driving at a speed of 154 miles per hour at the time of the crash, according to Sini.

The four passengers in the Mazda, Jacquelyn McCoy, 55, her children, Mary Alice Booker, 36, Anthony McCoy, 33, and Tameka Foster, 42, were pronounced dead the scene.

Turner’s passenger, Lonidell Skinner, 19, and Turner’s dog were ejected from the vehicle and died at the scene, according to the Sini.

Turner, a member of the Bloods gang, had been operating the vehicle while impaired by marijuana and was also in possession of crack cocaine at the time of the incident, Sini said.

“Jamel Turner was driving high on marijuana - so high that [an analyst from the Suffolk County Office of the Medical Examiner] said it was the second highest level of marijuana that they’d ever seen in a living specimen,” District Attorney Sini said.

“This is one of the more significant prison sentences we have ever seen on a vehicular crime case in Suffolk County, and it’s for good reason,” District Attorney Sini said. “This is a drug-dealing gang member who caused the death of five individuals and seriously injured a sixth individual. Nothing can undo his actions that day, but today we made sure that Jamel Turner will not pose a threat to the safety of the residents of Suffolk County for a very, very long time.”