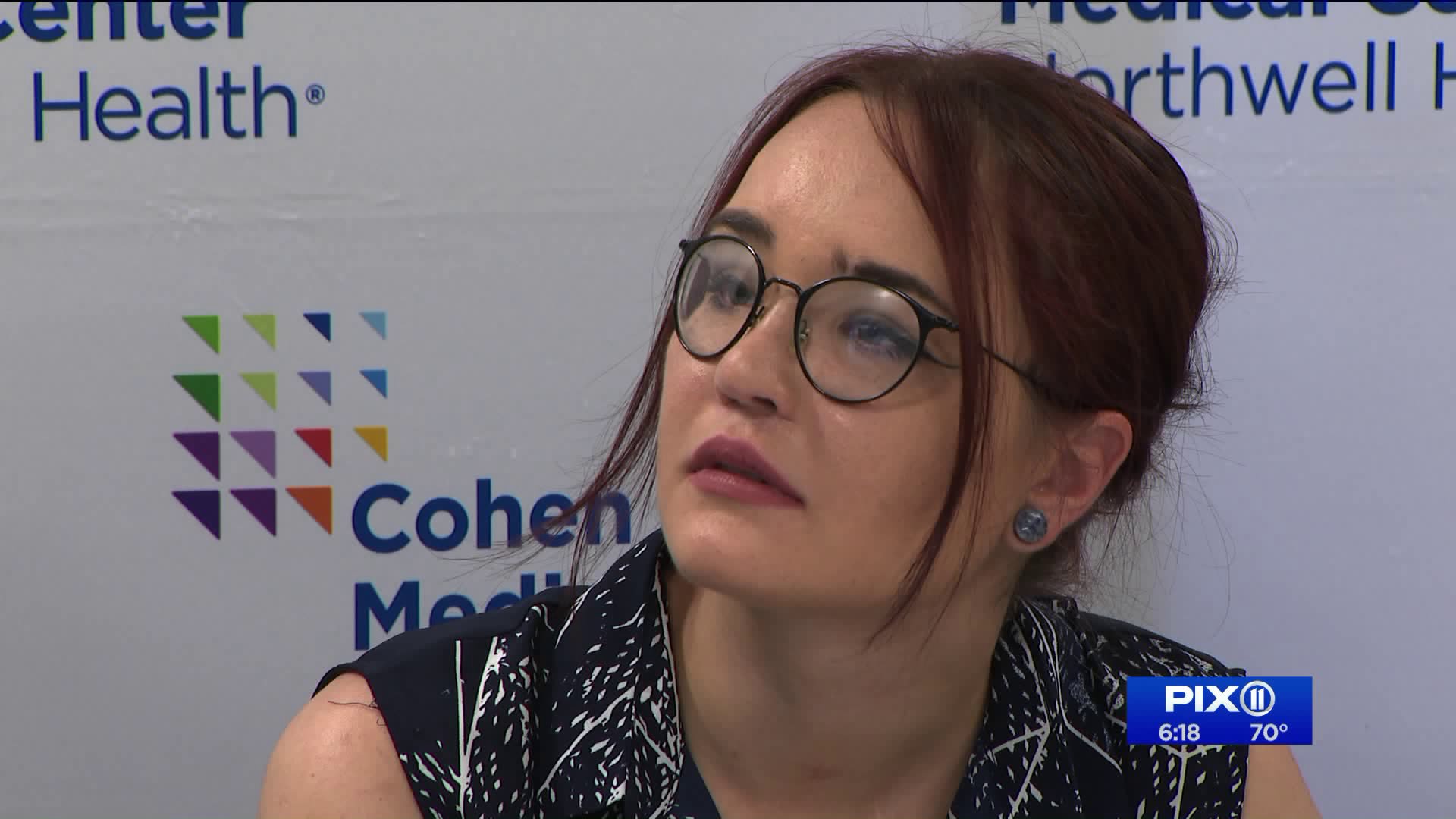 Ayoung model is sharing her story about perseverance and positivity after getting into a crash where she almost lost her life, leaving her with broken bones throughout her face

Nicole Sincavage posed in front many cameras when she first started college.

She was a prom queen, with hopes of a modeling career - but all that changed in March of 2016, when she was on her way home from work in Allentown, PA and somehow slammed into this tractor trailer.

"Your life could be taken away from you in seconds, I was so lucky to survive,” she told PIX11 Wednesday.

"For some reason, I did not stop I don't remember the accident."

She had bleeding in her brain and every bone on her face was broken.

"I thought so many times of giving up, it was extremely different."

After years of therapy and multiple surgeries doctors at Cohen Children's Medical Center were able to get back on track.

"She had injuries throughout her entire face and her bones were all re-aligned in the wrong position,” said her surgeon Dr. James Bradley, after her sixteenth and last face reconstructive surgery.

“We had to recut her bones and put them back in place."

In New Hyde Park Wednesday, she was smiling again.

"There’s always light at the end of the tunnel and you can get through it,” she said.

"Life is a beautiful thing and you have to appreciate it."

And now, at 24, she wants people to know just how dangerous distracting driving can be.

"It's extremely important to not be distracted when your driving, this happened in 3-seconds and for whatever the reason I was distracted."

Robert Sinclair from AAA, more and more people are dying because they don't wear their seatbelts, they’re drunk, or distracted.

"The 100 days from memorial day to labor day are the most dangerous because teens are out on the road and fatal crashes involving teen drivers go up 17-percent compared to the rest of the year,” he said.

Nicole, who is back in college, says she doesn't want anyone to go through what she did.

“The hardest part is the recovery, getting home from the hospital, spending weeks indoors and crying myself to sleep at night.

Sadly, Nicole may never get behind the wheel again, but she says what she will do continue to do is tell her story, to encourage people to be careful when driving. Smiling she says she may even try to get back into modeling one of these days.