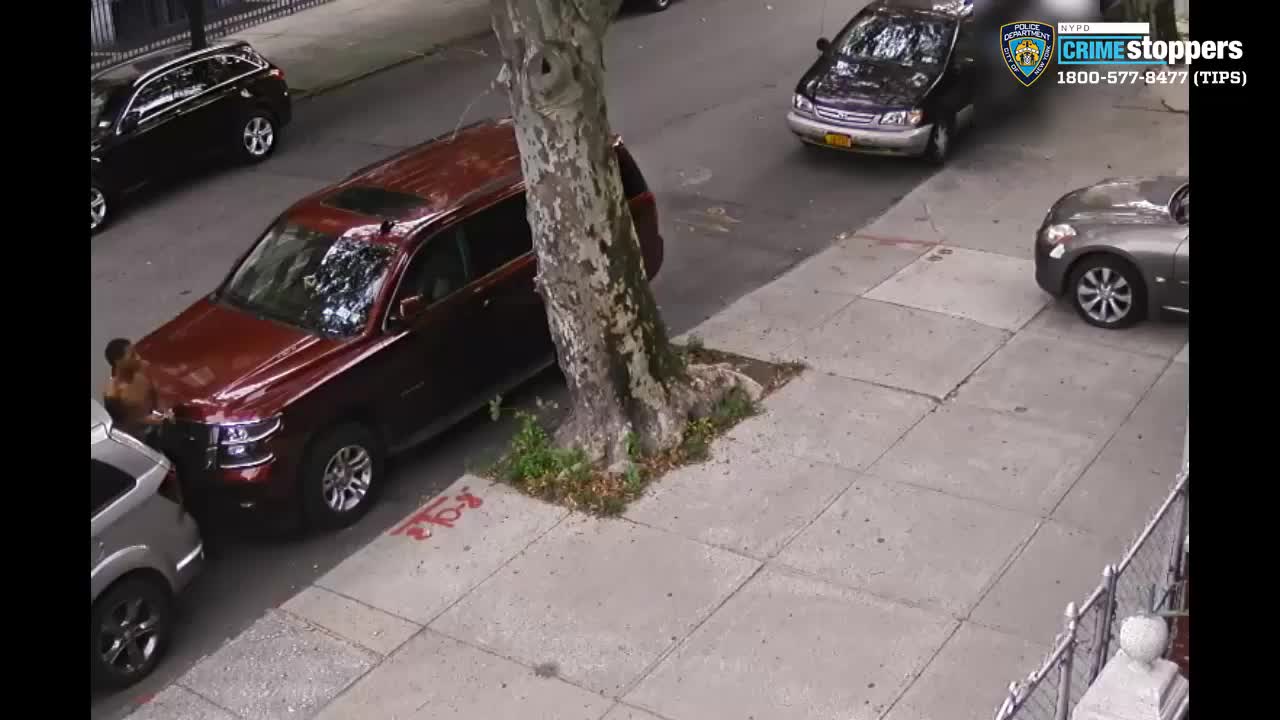 CROWN HEIGHTS, Brooklyn — Police have released images of a man wanted in connection with a 1-year-old boy who'd been inside an SUV stolen in Brooklyn, forcing an Amber Alert until he was found Monday night.

The boy has been reunited with his mother and father. He was in a car seat in the back of an SUV when it was taken.

Police found the stolen SUV with the boy inside.

The SUV, a white Mitsubishi with New York license plate HYB6531, was taken at Kingston Avenue and Dean Street around 6:50 p.m.

Police said the boy's mother apparently left the SUV running while she went inside a store to buy groceries. She'd only been in the store for about 30 seconds when a man got into her SUV and drove off.

The mom realized what had happened and called 911 right away.

An Amber Alert issued for the child was canceled around 9:10 p.m. when police found the SUV with him inside at 1617 Park Place. It was still running. A woman who lives in the area told PIX11 she saw a man walk out of the car.

No identifying information has been released on the person who stole the vehicle.

According to the Amber Alert, the boy was "taken under circumstances that lead police to believe they are in imminent danger of serious harm and/or death."

He was taken to a hospital as a precautionary measure after he was found.

Clarification: The boy's name and image has been removed from this article.