Brother of Sandy Hook shooting speaks out in wake of mass shootings in El Paso, Dayton 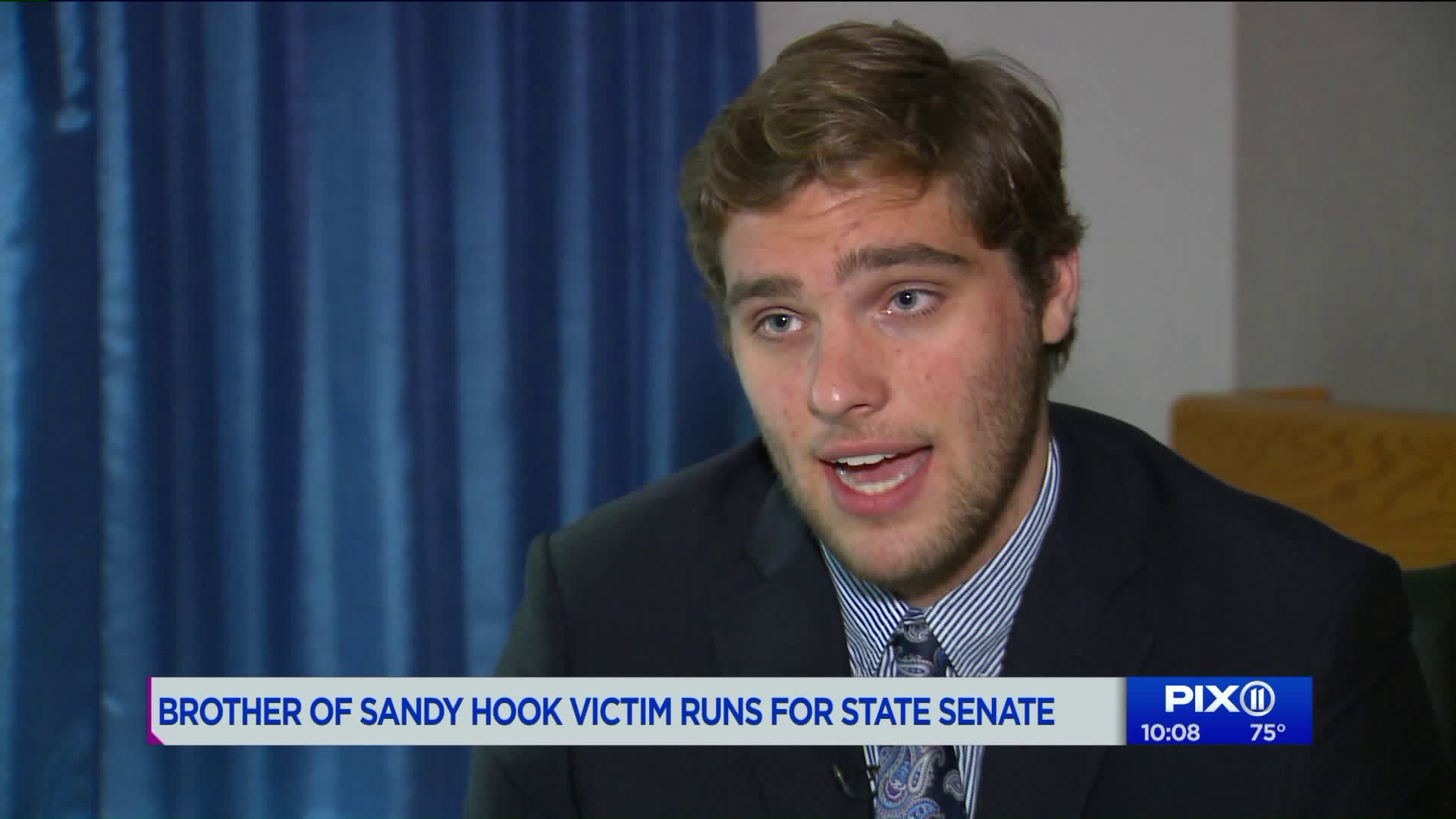 The brother of a child who was killed in the 2012 mass shooting inside Sandy Hook Elementary School has announced he`s running for political office.

The brother of a child who was killed in the 2012 mass shooting inside Sandy Hook Elementary School has announced he's running for political office.

"I remember waiting for five, six hours until someone came over [and] in a very casual monotone voice said 'your brother's dead,'" said JT Lewis.

Lewis was 12-years-old and a student at Sandy Hook in December, 2012. Twenty students and six educators died that day at Sandy Hook. When a mass shooter overtook the school, he was one of the lucky ones, his brother Jesse was not. The first grader was gunned down, but not before alerting other children, in a fleeting moment.

"My brother Jesse actually saved nine lives when shooter entered classroom his gun jammed and Jesse yelled for his classmates to run and nine did," said Lewis.

His brother is his inspiration to to run for office. Having just finished his freshman year at UConn, the 19-year-old announced his candidacy for Connecticut State Senate on Twitter last month.

"I believe Sandy Hook should've been the turning point but it wasn't and it's because of our leaders." said Lewis. "They seriously lacked and I think I can bring the leadership we need here."

Lewis is running as a Republican and is a supporter of President Trump. After his brother's death he fell into a depression, but he and his mother, Scarlett, channeled their grief into advocacy pushing for stronger school security. Lewis is for gun control but says there also needs to be a focus on school safety and mental health measures. He fears the country is becoming desensitized given the alarming frequency of mass shootings. Lewis says he understands what the families of the victims in this weekend's mass shootings in Dayton and El Paso are going through. He talks about the unbearable pain the families of the victims from this weekend's mass shootings and now living with, much like his family did nearly seven years ago.

"Unimaginable loss, unimaginable pain," said JT Lewis. "I feel for them, the country should be behind them that it shouldn't happen again that their loss isn't for nothing."

The election for the State Senate seat Lewis is running for will take place in November 2020.