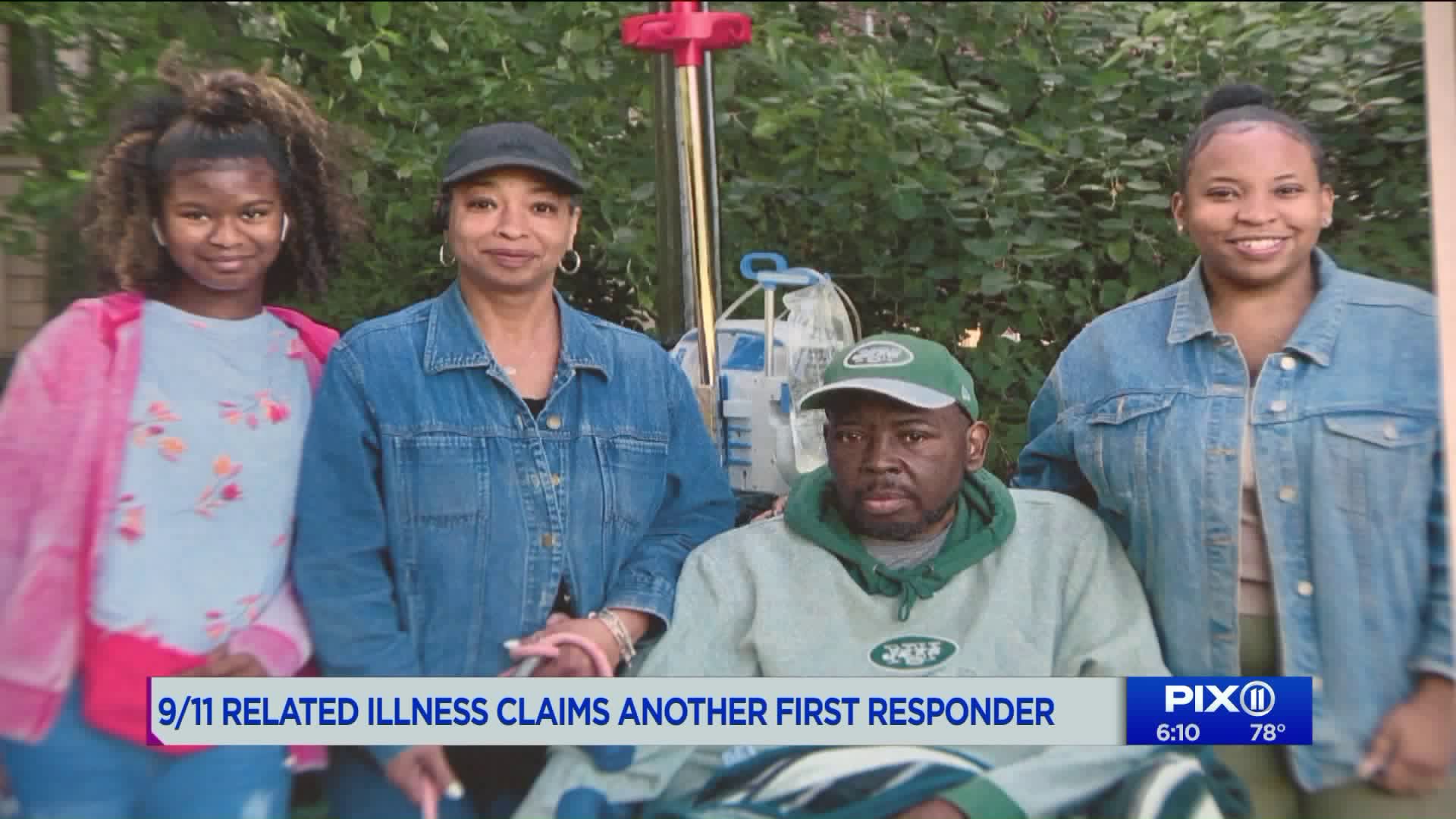 LaSharn Harris says her husband Raymond was the pillar of strength. He remained strong for his family until he drew his last breath on Sunday, August 4th.

In 25 years of marriage and more than 30 years together, LaSharn Harris said her husband Raymond was the pillar of strength. He remained strong for his family until he drew his last breath on Sunday, August 4th.

“He said to me that day, I need to let go and I need my dignity. Please don’t strip me from my dignity. I had to make the hardest decision of my life and I had to tell him he was ok,” recalled Harris.

Officer Raymond Harris spent the last 265 days of his life at Mount Sinai Hospital in East Harlem. The man who was once a member of the NYPD’s 77th Precinct was left battered after years of fighting ailments and diseases relating to his time as a first responder in the aftermath of 9/11.

Once the healthiest man in his family, LaSharn said frequent colds and upper respiratory problems began plaguing Harris around 2002. In 2009, he was diagnosed with Sarcoidosis, an inflammatory disease affecting multiple organs but predominantly the lungs.

“Unfortunately for my husband it spread through his body like cancer,” said Harris.

The disease weakened his heart and then his kidneys. Harris’ body was battered and is why he had to be taken off the transplant list for both organs and despite his wife, two daughters and 12 year old grand-daughter pushing him to hold on Harris could no longer fight.