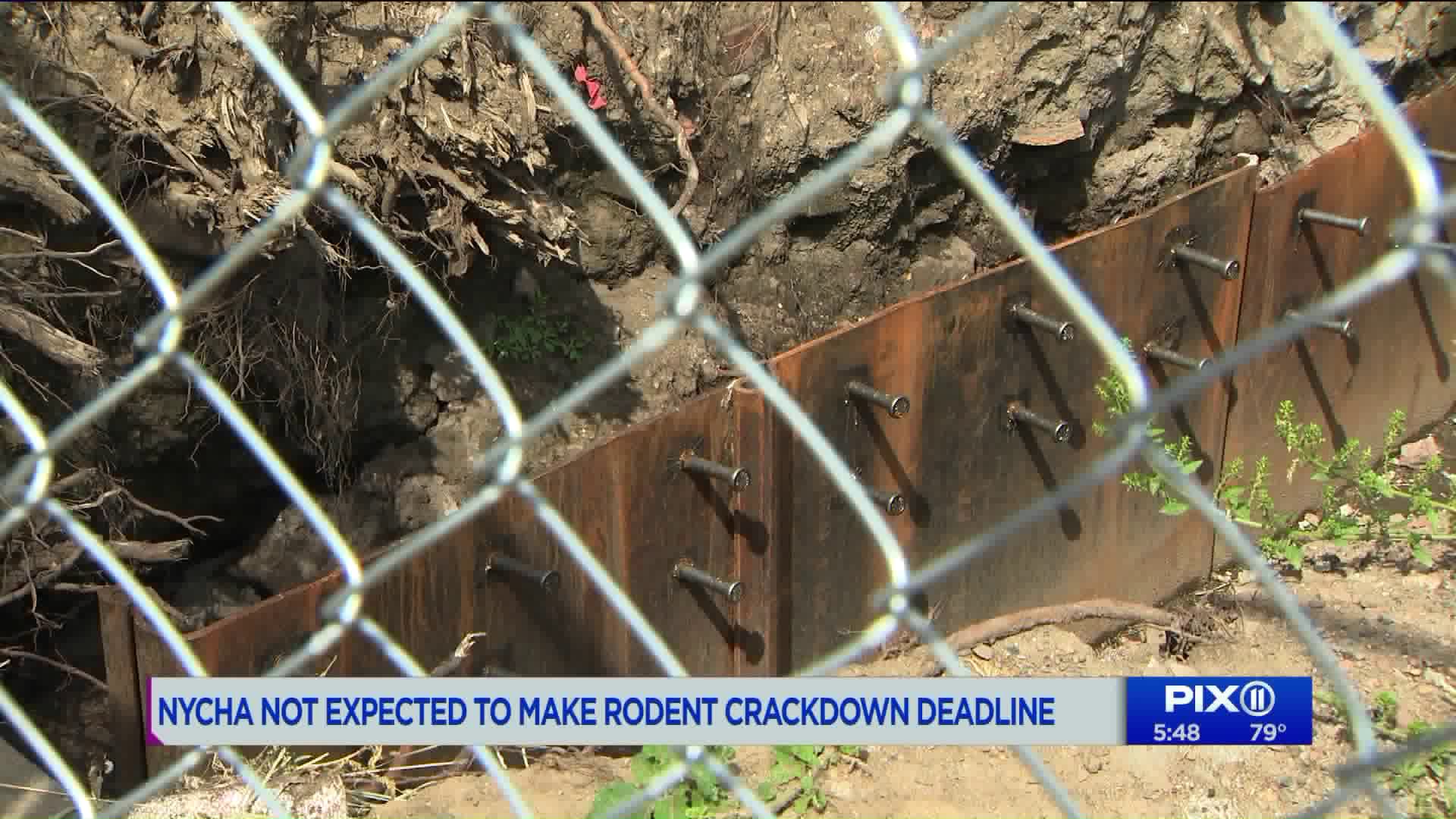 A federal judge gave NYCHA six months as of Jan. 31 to come up with "reasonable protocols" to deal with pests in public housing. Families say they are still plagued by rats both outside and inside their apartments.

A federal judge gave the New York City Housing Authority six months as of Jan. 31 to come up with "reasonable protocols" to deal with pests in public housing.

Families say they are still plagued by rats both outside and inside their apartments.

NYCHA's federal monitor notes the pest problem is fueled by a lack of staff. NYCHA employs only 108 pest exterminators; that’s one exterminator for every 1,400 apartments.

"In fact, NYCHA recently advised the Monitor that based on its own calculations, in order for NYCHA to catch-up on its backlog of units needing pest infestation treatment across all the developments for apartments with more than one verified pest complaint, it would need almost one thousand exterminators," the report reads.

NYCHA General Manager Vito Mustaciuolo released the following statement: “HUD and the federal monitor are aware of the progress NYCHA has made to date, and of the work still required for us to meet the Integrated Pest Management requirements detailed in the Agreement. The Authority launched a pilot program at a subset of developments in June before we bring the plan to scale, and has started the procurement process to secure qualified IPM contractors as well as independent inspectors to develop the pest population baselines. We are also working to increase staff with the required certifications we need to successfully implement our plan.”