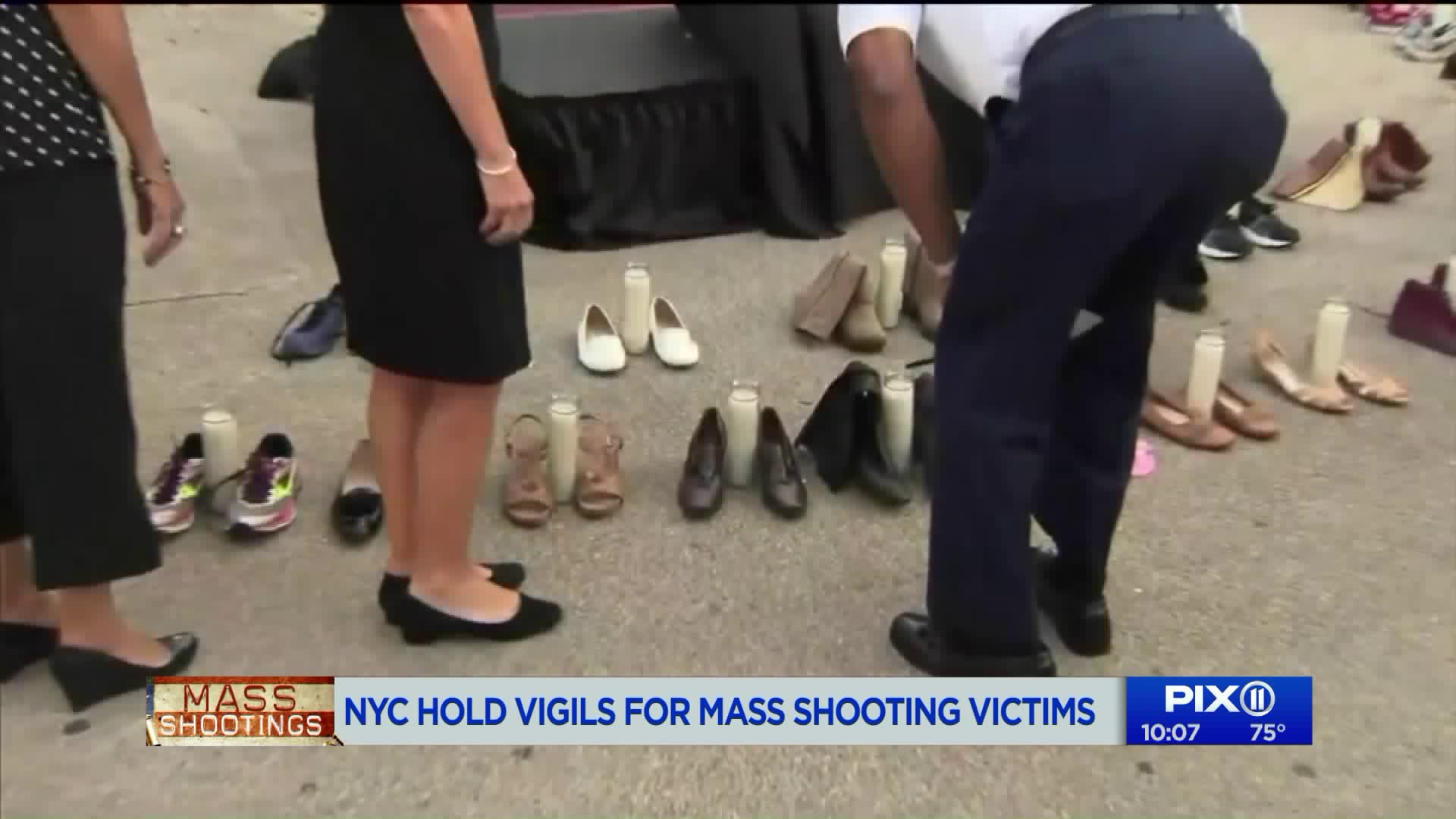 A vigil was held in Brooklyn and another in Washington Heights. Mourners called for increase gun control in the wake of mass shootings in El Paso and Dayton.

NEW YORK — Mourners in New York gathered around pairs of shoes Monday night meant to represent the 31 killed in mass shootings in El Paso and Dayton.

They called for increased fun control and the need for the country to address a resurgent wave of white nationalism.

Rep. Adriano Espaillat called the shooting in El Paso, which left 22 dead, "the biggest massacre of Latinos in the history" of the county.

"We have targets on our back now," he said.

Councilman Mark Levine noted the connections between the people targeted in shootings around the country and the people living in New York City.