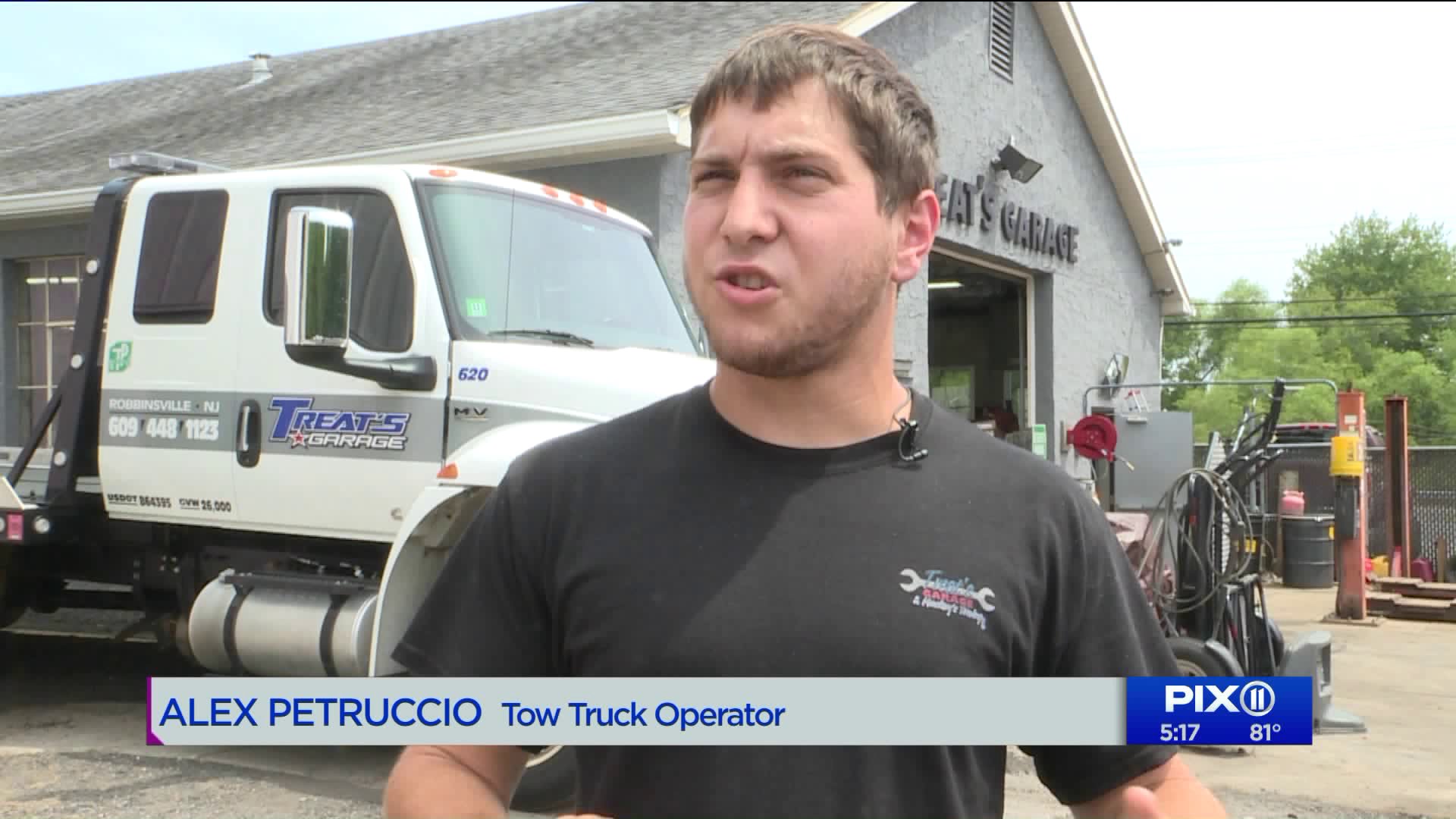 A horrible accident severed a man`s leg on the New Jersey Turnpike last Tuesday and a tow truck driver out of Windsor, New Jersey was there to witness the whole thing. He may be the reason the man survived.

NEW JERSEY — A horrible accident severed a man’s leg on the New Jersey Turnpike last Tuesday and a tow truck driver out of Windsor, New Jersey was there to witness the whole thing. He may be the reason the man survived.

"I could not stay there watch that happen [and] not do anything," said tow truck operator Alex Petruccio.

It was after 5 p.m. when Petruccio climbed into his truck and switched on the flashing lights. He was headed to help a man and woman near exit 8a. They had a panel hanging off their car and requested a tow.

But when Petruccio arrived, he saw they were pulled over next to the fast lane where the shoulder is thin. So he told them to wait inside his tow truck. But the man never got in.

"I hear tires lock up and boom!" recalled Petruccio. "A car violently swerves and like a rocket, it's coming straight at us."

Petruccio threw himself onto the flatbed. The man landed there too, but he wasn’t so lucky.

"It was like a scene out of a war movie," he said. "Right around the knee was just gone."

The man's leg had been severed in the crash.

New Jersey State Police say the driver of a Buick Century lost control and slammed into a Jeep Cherokee, and then into the parked car Petruccio was there to tow. The man was bleeding out.

"Time was of the essence," said Petruccio, who had worked as an EMT when he was 16, and underwent first aid training as a lifeguard at a summer swim club.

He used whatever he could find to slow the bleeding, including paper towels and the belt of another driver as a tourniquet. He even helped carry the man to a helicopter that landed on the Turnpike. Police say Jianjun Yun, 60, of Vienna, V.A. was airlifted to a hospital.

Petruccio points to a New Jersey law aimed at preventing highway accidents like this one.

"Slow down and move over!" he said. "This happens way more times than is actually televised or written about."

Police are still investigating what made that Buick lose control and cause this chain of events. The man who lost his leg is expected to survive.