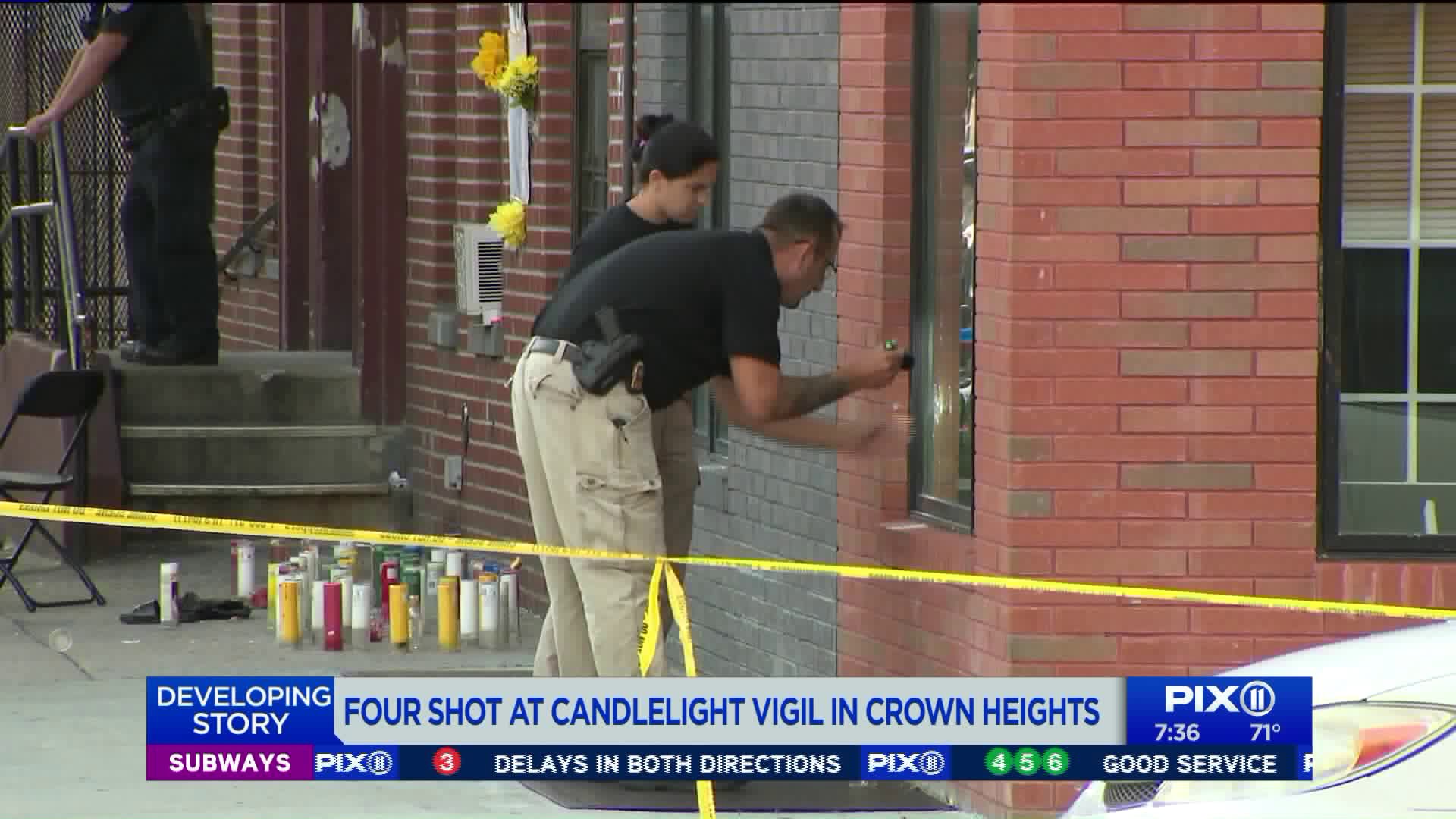 Two men and two women were wounded as they stood at a candlelight vigil for someone they knew when an unidentified shooter began firing on a Crown Heights street early Monday, police said. Two of the victims were seriously injured when shots rang out near the intersection of Sterling Place and Buffalo Avenue just before 2 a.m. Monday. Polic soures tell PIX11 it appears the shooting was gang-related, as police say they believe at least one of the victims was the intended target.

CROWN HEIGHTS, Brooklyn — Four people standing at a candlelight vigil were wounded when an unidentified person opened fire on a Brooklyn street early Monday, according to authorities.

Shots rang out just before 2 a.m. as the two men and two women were at a vigil for someone they knew, potentially a neighbor, near the corner of Sterling Place and Buffalo Avenue in Crown Heights, police said.

All four victims were taken to area hospitals, where two are being treated for serious injuries, police said.

The NYPD believes at least one of the four people shot was the intended target, but said the investigation is early and ongoing.

#Breaking @PIX11News obtained surveillance video of the quadruple shooting in Crown Heights this morning. Group walks across the screen and someone opens fire in the intersection of Sterling Place and Buffalo Ave. Victims were at a candlelight vigil when they were struck. pic.twitter.com/gFywYz9WDB

The person who the candlelight vigil was being held for died of natural causes and was not the victim of violence, police said.