6 injured, including a baby, in seven-alarm fire in Bronx apartment building: officials 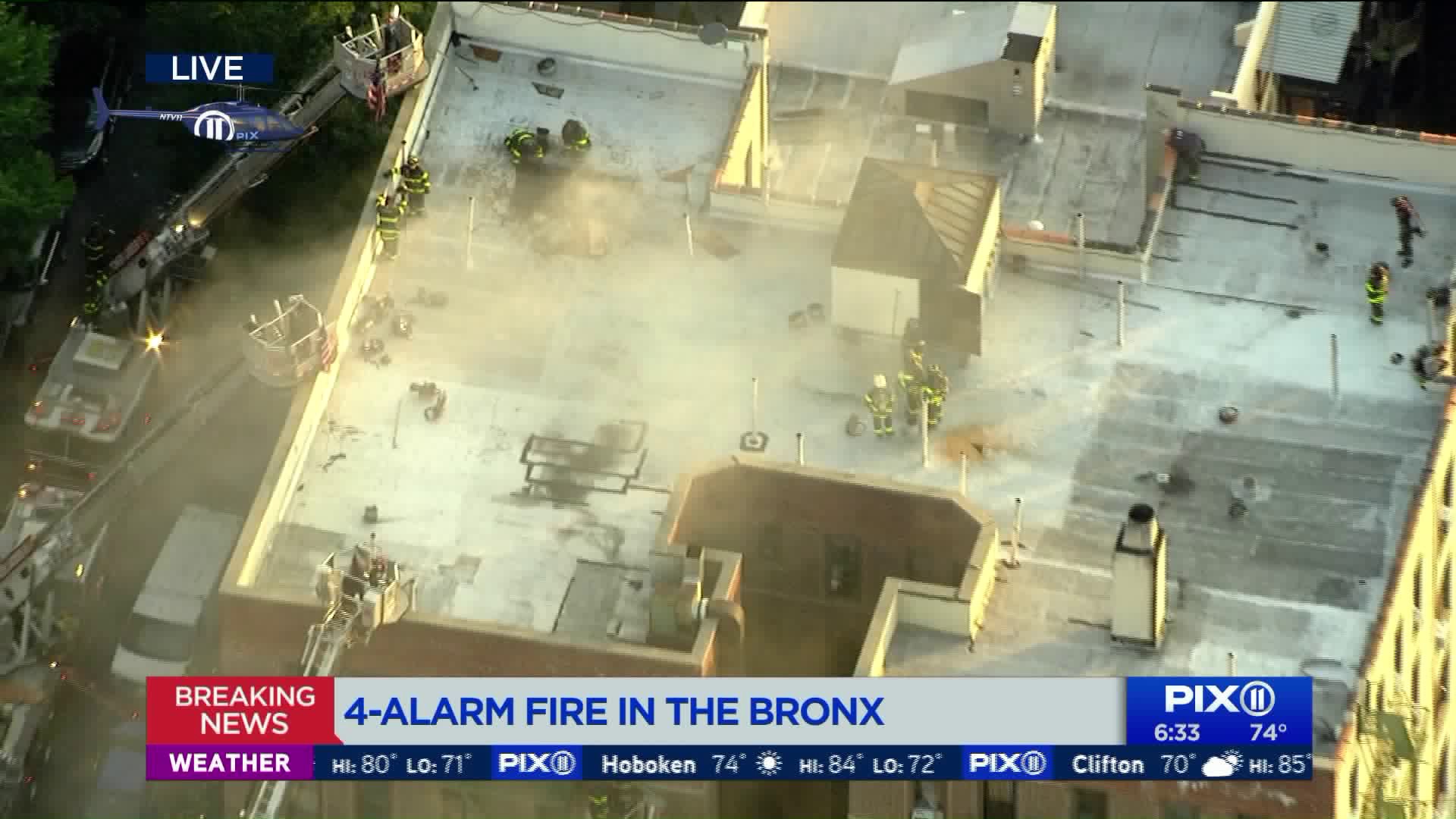 Firefighters are working to put out a blaze that erupted in a Bronx apartment building early Monday morning, the FDNY said. The call for a fire at a five-story apartment building at 225 McClellan St. came in around 5 a.m., and grew to a four-alarm blaze around 6 a.m., officials said. No injuries have been reported as of 6:45 a.m. 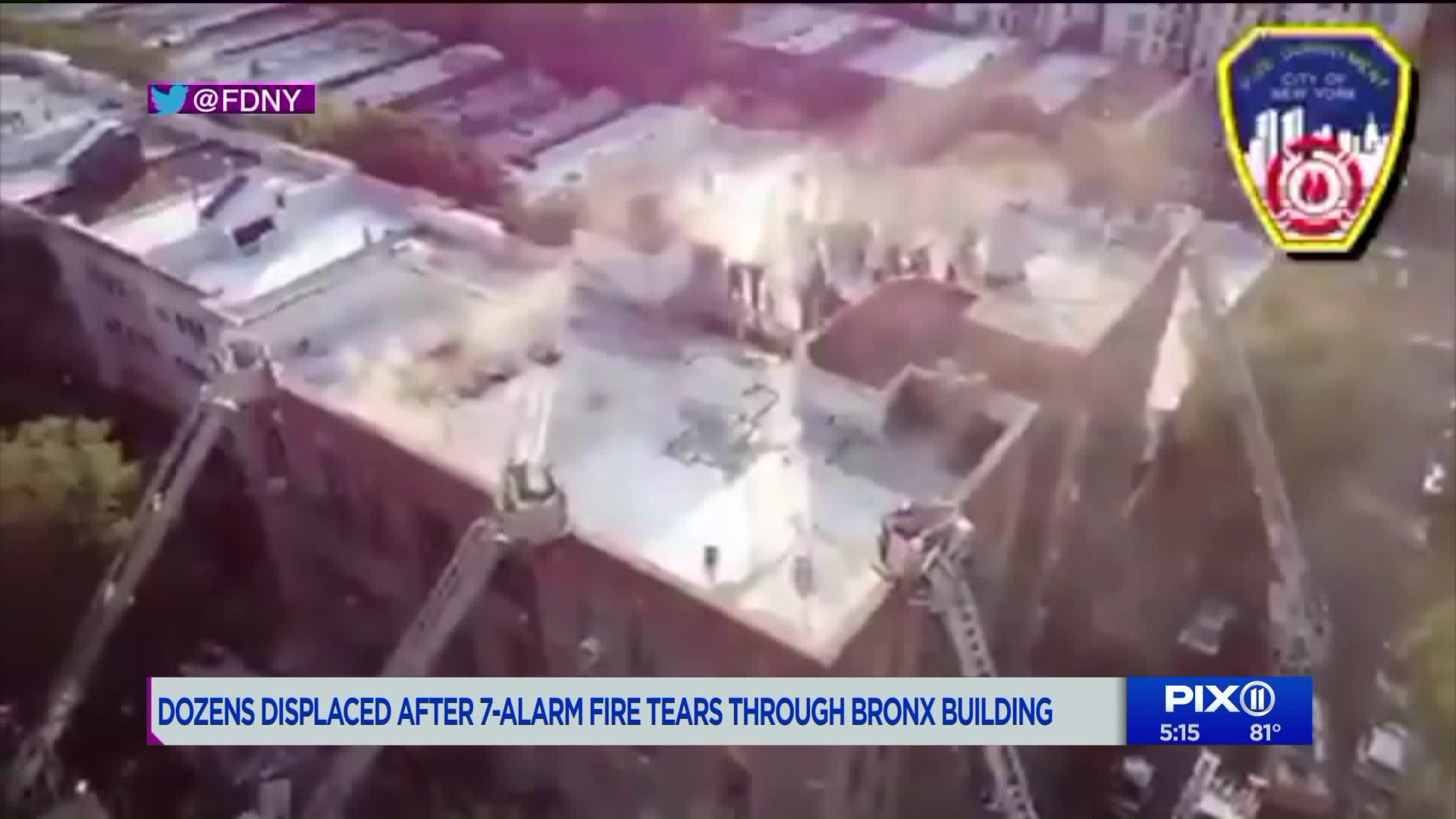 CONCOURSE, the Bronx — Six people, including an infant and five firefighters, were injured as crews worked to put out a blaze that erupted in a Bronx apartment building early Monday morning and raged for hours, the FDNY said.

The call came in around 5 a.m. for flames in a five-story apartment building at 225 McClellan St., in the Concourse section of the Bronx, fire officials said.

The blaze grew to a five-alarm fire around 6:45 a.m., was then elevated to a six-alarm around 7:20 a.m., and eventually became a seven-alarm situation around 8:15 a.m., according to fire officials.

Among those injured were a 9-month-old boy who suffered smoke inhalation, and five firefighters, including one who was hurt when he slipped on a wet fire escape, the FDNY said.

AIR 11 was over the scene Monday morning, where smoke could be seen rising out of windows and the roof, while firefighters worked on the roof.

This is the second large in the Bronx Monday morning, after flames broke out at a three-story home in Morrisania, leaving one civilian and two firefighters injured.